The Toy Association has announced the formation of a new Creative Factor Advisory Board made up of innovators and experts across a range of creative fields.

The advisory board will be tasked with growing The Toy Association’s educational programming, events, and resources for toy inventors, designers, and entrepreneurs, starting with the Creative Factor educational sessions that are held annually at the North American International Toy Fair in New York City. Now entering its 16th year, Creative Factor was co-founded by Brett Klisch, creative director at Peru Meridian Studios, who passionately led the program over the years and continues to develop inspiring educational and experiential content for attendees. At Toy Fair 2019, Creative Factor will have an even more visible presence and feature an expanded lineup of content presented by experts across a wide range of disciplines.

The advisory board includes:

More information about Creative Factor’s new programming and events will be shared in the coming months. The 116th North American International Toy Fair will take place February 16 to 19, 2019 in New York City. 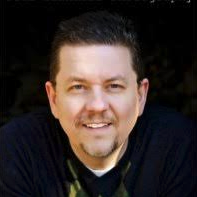 Mark Crandell, vice-president of sales, officially joined littleBits in April 2018 and he’s already made significant strides in the way the company is measuring its success.

Of the new hiring, littleBits says “Mark understands it is vital that we measure what matters; and at littleBits, our customers matter…Mark has is laser-focused on the end user, and he brings this thinking to the way littleBits analyzes and reports on our business.”

“More than 65 percent of future jobs don’t exist yet, which means that schools need to be teaching students the skills necessary to excel in tomorrow’s job market—not the old economy skills that are so common today,” says Crandell. “I like that littleBits is cultivating the next generation of problem-solvers and innovators; I think that’s a goal that we can all get behind.”

As a self-described tech gadget guy, Crandell has had a long career in the consumer electronics space with a passion for STEM/STEAM education. Most recently, he served as head of global sales for Wink. Prior to that, Crandell was the vice-president of TiVo, where he lead TiVo’s retail sales and marketing team and helped grow its retail presence with Best Buy and Amazon by more than 50 percent. He as served as director of sales & new business development, USA for Sonos; associate vice-president of channel marketing and strategic sales at Sharp Electronics; and held variation roles at Sony Electronics.

To learn more about Mark and how he’s applying his past work and interests to his role at littleBits, click here.