With four TV series in production and consumer product launches of several brands including all-new versions of The Care Bears and Holly Hobbie, the recent spin-off of American Greetings is benefiting from an increased demand in marketplace for its content and classic brands.

Joining Cloudco as head of global licensing and based out of its Los Angeles office is Robert Prinzo. Prinzo’s previous position was vice-president, consumer products for Saban Entertainment, proceeded by years of experience overseeing the softlines business at both Hasbro and Nickelodeon/Viacom consumer products.  Prinzo’s prior brand portfolios include My Little Pony, Transformers, and GI Joe at Hasbro and SpongeBob SquarePants, Dora The Explorer, and South Park at Nickelodeon/Viacom Consumer Products.  Prinzo reports to Sean Gorman, Cloudco Entertainment president.

Davis Doi also joins the L.A. team as executive producer.  A seasoned animation director and producer who began his career at Hanna-Barbera, Doi has producing credits on Jonny Quest, Powerpuff Girls, and several Scooby-Doo titles and a director resume that includes Bob The Builder and The Care Bears: Oopsy Does It! Doi joins Cloudco from Universal where he served as supervising director on the upcoming Curious George animated series and the most recent Land Before Time movie. In his new role, Doi oversees production on Cloudco’s new animated preschool series, Tinpo, a co-production with Dentsu Inc. and OLM/Sprite animation for Cbeebies, and reports to Ryan Wiesbrock, Cloudco’s head of development and production.

On the content sales side, Cloudco has hired Alexandros van Blanken as director of content distribution. A former investment manager for the film and TV division of financing entity The Ingenious Group, van Blanken is based in London and reports to Karen Vermeulen, Cloudco’s head of global co-production and content distribution.  With the opening of the new UK location, Vermeulen is also assuming increased responsibilities as managing director of Cloudco UK.  Rounding out the Cloudco content sales team is L.A.-based Alisa Kasimova, recently promoted to manager, content distribution and also reporting to Vermeulen. Vermeulen continues to report to Sean Gorman. 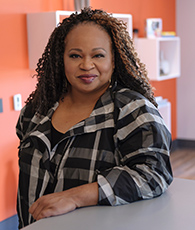 The formation of WBGBE supports and furthers the studio’s ongoing initiatives to move its businesses and products closer to the consumer. Through WBGBE, the company will have increased opportunities to develop and grow consumer relationships over time and across the breadth of a franchise, with a multi-generational focus on these interactions so there will be lifelong opportunities for engagement. Additionally, expertly curated experiences will help to further strengthen fans’ connections to the company’s characters and franchises.

Lifford is charged with developing all-new fan-engagement business opportunities as well as working to align the current fan-focused activities of WBCP, themed entertainment, and DC that lend themselves to next-level development. She’ll also work with all divisions of the studio to ensure that every touchpoint for cross-divisional and cross-company collaboration is maximized. Additionally, she will coordinate with WarnerMedia sister companies HBO and Turner as well as various AT&T divisions when appropriate. WBGBE will operate with a “never go dark” approach, offering consumers opportunities 24/7, everywhere they interact with Warner Bros.’ IP.

The day-to-day operation of DC will continue to be run by Jim Lee, publisher and chief creative officer, and Dan DiDio, publisher, who both now report to Lifford. Warner Bros. Consumer Products (WBCP) will be led by its current management team. The Wizarding World franchise business will continue to be overseen separately by Josh Berger, president and managing director, Warner Bros. UK, Ireland and Spain, and president of Harry Potter global franchise development, reporting directly to Kevin Tsujihara, chairman and CEO, Warner Bros.

Lifford joined the Ssudio as president, WBCP in February 2016, with responsibility for all WBCP business functions, including domestic and international licensing, worldwide marketing, business and legal affairs, finance, and retail business development. In her first year at WBCP, she increased overall business by 47 percent and has continued a consistent growth trajectory through her second and current year.

With more than 25 years of experience, Lifford is widely respected across the consumer products industry. She spent 12 years at Disney, rising through the ranks to become a member of the consumer products executive leadership team where, as executive vice-president, she oversaw the global home, fashion, and infant businesses. In this capacity, she worked directly with licensees and major retailers around the world on merchandising and retail programs that drove significant business growth for the company. Lifford also worked at Quiksilver, where she served as executive vice-president, global licensing. Earlier in her career, she held positions at Road Runner Sports and Nike.