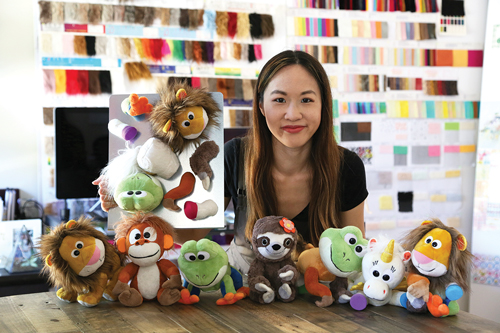 Marissa Louie never wanted to grow up. Not since she watched her elementary school classmates so easily cast aside their plush best friends. It’s an experience that stayed with her.

“Since then I’ve really been thinking about how to make plush toys more engaging for modern day kids,” says Louie. “I wanted to put stuffed animals to work, where they don’t rely on just being cute and sitting there but challenge kids’ imaginations and get their creativity to come out.”

Flash forward 35 years, and Louie is living out her childhood dreams as the creator of Animoodles, a toy line that’s turned the plush aisle on its head. Or rather pulled off its head and replaced it with a leg or a different head.

Animoodles is no ordinary line of stuffed characters. Thanks to a unique safety-tested magnetic system, kids can remove their limbs and heads, reposition them, and even swap them with those of other Animoodles to create silly new combinations.

The idea for Animoodles didn’t come to Louie overnight though. It instead emerged from a pattern of 50-plus rejected concepts: hybrid animals. Then one day, Louie visualized plush limbs coming apart, dancing in the air, and rearranging into wacky combinations. “Then I thought magnets would be a fun way to attach all the parts together,’ she says. 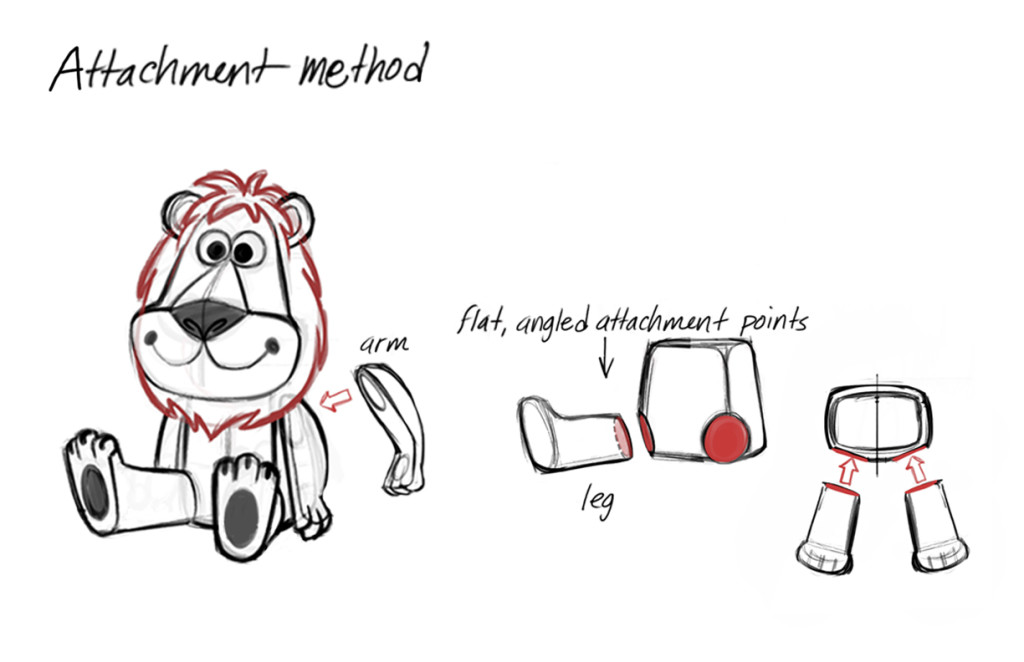 Much of Louie’s ability to weed through those rejections as well as play test Animoodles to perfection stems from her own life before toys, when she worked as an art director and designer for such companies as Apple and Yahoo.

“Ease of use and reuse is very important to me as a designer and also for children of all ages, parents, and grandparents to understand how a toy works without having to read an instruction manual,” she says. “These are principles I learned at places like Apple: make the product so simple you don’t have to be taught how to use it.”

This was something Louie and her team saw success in immediately when play testing the toy nationwide before launch.

“We saw, time and time again, that when we’d hand Animoodles to kids, they’d accidentally pull off a leg or an arm and their reflex was to immediately put it back on,” she says. “They thought maybe they broke it. Then their brains catch up and says, ‘oh wait that was supposed to happen.’ It all crystallizes with the head coming off. They realize you can move the head from the neck position to the back position and it can crawl on all four legs. No other stuffed animal that I know can do that.”

The toy’s uniqueness speaks for itself, but ensuring quality and a good storyline have been equally important in Animoodles development and success. For that, Louie recruited the best. Industry vet Caren Shalek, who first helped bring Tickle Me Elmo to market, advised. The Animoodles art team is made up entirely of former Disney/Pixar artists applying the same principles used in their former work into the development of characters that would endure, be relatable, and appeal to children in a way that made them want more. The team also worked with former scientists from NASA and Tesla to ensure all the magnets were encased in secure safety enclosures and rigorously tested without weakening. “Literally rocket scientists worked with us to make sure that these toys are safe,” says Louie.

Today, Animoodles is now sold in more than 30 specialty stores across the U.S.—and growing—as well as through its own website, theanimoodles.com, and Amazon. Series two of this plushie line of friends launches this fall.