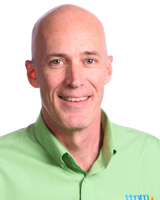 I look forward to Fall Toy Preview in Dallas every year because it’s our first look at what’s ahead, not just for product but the health of the industry overall. As we move into the most important time of the toy cycle, the fourth quarter selling season, there is anticipation about what type of holiday season it will be in terms of sales. Toys “R” Us (TRU) is gone, and some believe that all dollars spent at TRU during fourth quarter went with it. But this is just not the case.

Retailers that once competed against TRU for holiday sales are stepping up their game this season with expanded product offerings and new toy business strategies they hope to extend beyond the holidays.

Earlier this year, FAO Schwarz detailed plans for its new flagship and how it’s extending into new channels and markets, such as China. Amazon is putting out its first toy catalog this holiday that many believe will rival TRU’s now-defunct Big Book. Target is expanding its toy offerings, and its acquisition of Shipt may help the retailer to better meet demand and same-day delivery for holiday. In August, Walmart announced major changes to its toy sales strategy, including the expansion of its holiday assortment with 1,000 Walmart-exclusive toys. When compared with last year, Walmart is upping its new product offerings for holiday by at least 30 percent in stores, with an increase of 40 percent in its online selection. Also detailed was how these changes to its toy business will be permanent, lasting beyond the holiday-selling season. The retailer doesn’t currently share what percent of its business toys currently make up, but its comp sales grew 4.5 percent in Q2 and the company suggests its toy sales performed the same.

Retailers big and small are also more focused on creating memorable in-store experiences for shoppers. Additionally, those in parallel sales channels are using TRU’s demise as an opportunity to step further into toys. This is something many of the toy manufacturers we spoke with in our annual State of the Industry (page 36) praised. In August, TTPM’s CEO Jim Silver got a first-look at a new Toy City pop-up store in Rockaway, NJ—one of 50 locations nationwide that will sit alongside its Halloween City pop-up stores and run through the holiday season. This flag-ship location features 5,000 square feet of retail space with 2,000 toys supplied by 150 vendors. The company is also expanding its online toy assortment as well.

Earlier this year, the NPD released sales numbers for the toy industry indicating for the first half of 2018 that toy sales increased over the same period of 2017. How much of that was consumers shopping for discounted merchandise at TRU, nobody really knows. The good part is that retailers are clearly seeing the opportunities in the toy aisles just as we enter the most critical time of the year.