As a business consultant, I’ve warned clients time and time again about making decisions based on the focus group of one. In an ideal world, you build a team of independent thinkers who analyze the marketplace, evaluate each situation and opportunity, and consider all options. All while keeping in mind cost, timing, consumer appeal, and profitability, while being open-minded to opposing opinions before making decisions.  In the real world, you sometimes must go with your gut and make major business decisions based on how you feel, how you think, and what you like. You try to limit those situations, but sometimes you lack that sounding board or colleague whose opinions you value but who doesn’t always —or often—agree with you. You have no choice but to rely on that focus group of one.

Now that I’ve made it clear how risky the focus group of one may be, I must confess to my own focus group of one. I have seven grandchildren—all boys. They range in age from 2 to 12, and lately they have caused me a great deal of concern, particularly as it relates to the future outlook of the toy industry.

If I look at sales results over the past two years through the eyes of my grandsons, I see alarming trends. My grandsons aren’t playing with LEGOs as long as they used to; they play games (we host game nights for the whole brood every month), but none that require strategy or patience—just quick reaction and activity games. They have zero interest in action figures and playsets, even those based on major movie licenses. They consider arts and crafts boring, and unless their vehicles have some kind of control or action features, they lose interest quickly. Of all the traditional toys, the only ones that seems to hold their interest and bring them back for repeat play are science sets—experiments, DIY, learning-while-fun devices, and kits that have some kind of visual or audio payoff.  Outdoor sport toys and real sporting goods also get steady use in season.

What has really dominated their interest from youngest to oldest is mobile devices. Surprised? I didn’t think so. According to Common Sense Media, daily mobile media use among kids under 8 is up nearly 10 times what it was less than a decade ago—almost 2.5 hours per day. The average age kids are when they get their own mobile phone is now just over 10 years old. Until then, they use their parents’ mobile devices—because it’s the perfect ‘shut-up’ toy. A 2017, Neilsen Company study showed that more than 45 percent of U.S. kids ages 10–12 own a mobile phone with a service plan. That number is likely higher today.

My concern also includes gaming systems. In our family, the most requested Christmas gifts this past year were PS4, Xbox Live, and Nintendo eShop gift cards. With phones, this all contributes to increased screen time, not to mention exposure to outside influencers such as older gamers.

That said, mobile devices pose the greatest threat to traditional toys ever, in my opinion. Neilsen tells us that kids 6–12 spend their phone time texting (81 percent), downloading apps (59 percent), and playing games (53 percent). Let’s consider the apps and games in this context. The mobile market research firm Sensor Tower projects that available apps for the iPhone alone will top 5 million by 2020, and of all apps developed and downloaded, about 45 percent are games. The next largest category is educational apps, accounting for roughly 5 percent of the total.

These rates of use, time of use, and number of apps are all still rising. We haven’t seen what the endgame looks like. Our industry lost two percent of sales volume last year. Has it leveled out, or is there still more to come?

Using my little focus group of one as a general indicator, I’d say kids are moving through traditional products faster. Entertainment licenses are losing their ability to dominate and hold the imagination—with the notable exception of those applied to video games. The stimulation and instant gratification of mobile devices are having a profound, imminent effect on the future of the toy business. This is a fight for the imagination of today’s kids, and it’s a fight we must win. 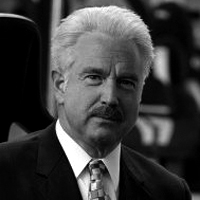 John Brady is the director of Inveniam Capital Partners, a block-chain based investment bank. He specializes in CPG business with an emphasis on the toy and juvenile products segment.