Sean John announced its partnership with Beanstalk to assist Sean John with the acquisition of licensing partners for the brand across Europe. The partnership between Sean John and Beanstalk represents a step in realizing the global strategy of Sean John CEO Dawn Robertson to expand the brand in the international marketplace.

Techno Source and Blue Planet Software, the company that manages the exclusive licensing rights to the Tetris brand, announced a licensing agreement that grants Techno Source the exclusive rights worldwide to develop both electronic and non-electronic Tetris tabletop games. The games will be introduced at retail beginning in 2011.

Fitz Roy Media (FRM) has signed an agreement with Brothers Entertainment Merchandising and Odd Rods Productions for the development of Odd Rods, an irreverent property featuring big-headed monsters in muscle cars, motorcycles, and more, that became popular during the 1970s as a trading card series. Effective immediately, the long-term agreement directs FRM to develop, produce, and distribute Odd Rods animation derived from more than 300 Odd Rods characters, along with the creation of a digital trading card library, gaming content, and an integrated consumer products program. 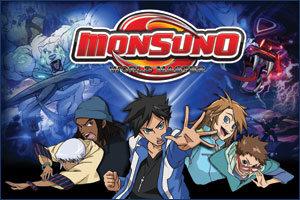 Jakks Pacific and Dentsu Entertainment USA announced that FremantleMedia Enterprises (FME) has entered into a production and distribution agreement with the joint venture formed by Jakks and Dentsu for the original new animated entertainment project, Monsuno. FME will be responsible for the exclusive worldwide (except Asia) distribution of Monsuno programming, and act as the master licensing agent for the brand worldwide, with the exception of Asia where Dentsu shall serve that role.

In additional FME news, the company, together with Sears holdings, announced the North American launch of the Japanese character, Rebecca Bonbon, created by the original Hello Kitty designer, Yuko Shimizu. The agreement will bring an initial launch of more than 320 different Rebecca Bonbon products across the U.S. and Canada in both Sears and Kmart starting August 1.

The Jim Henson Company has awarded MEGA Brands a multi-year, global licensing agreement to develop construction toys based on the new animated children’s series, Dinosaur Train. The MEGA Bloks licensed product offerings will launch in North America in the spring of 2011 and worldwide in the fall.

NBC Universal Television Consumer Products Group and Joy Tashjian Marketing Group have finalized a licensing agreement with Mattel for the primetime series, Minute to Win It. As part of the deal, Mattel has signed on to create board games that are expected to hit retail in the fourth quarter of 2010. JTMG is the agency of record for NBC Universal Television Consumer Products Group.

Nickelodeon has promoted Lourdes Arocho to vice-president, toys and games, Nickelodeon Consumer Products (NCP). In this role, Arocho will continue to seek new partnerships and set strategies for all toy categories. In her new role, Arocho will lead and oversee the toy team on the extension of Nickelodeon’s properties.

Scholastic Media announced that it has tapped Animal Adventure as its first partner for Toots, the brand based on the virtual world of Tootsville. Animal Adventure will translate the colorful property of musical elephants into a line of plush and backpack clips and will include special codes that unlock otherwise inaccessible areas and games on the Toots website. Eight Toots plush characters are expected to reach shelves this fall.

The Union of European Football Associations (UEFA) announced the appointment of Warner Bros. Consumer Products (WBCP) as the exclusive licensing representative for all national competitions until 2013 including UEFA Euro 2012, which takes place in Poland and Ukraine. UEFA and WBCP will work in tandem on creative program developments, including mascot and art programs. Additionally, they will jointly oversee the selection process to recruit new licensees and official retailers for all programs and national competitions.