Operations used cash of $14.6 million for the first six months of 2011 with inventory and accounts receivable at seasonal highs, and as of June 30, 2011, the company’s working capital was $372.8 million, including cash and equivalents and marketable securities of $247.1 million.

“We are pleased to announce that our board of directors has authorized a regular quarterly cash dividend of 10 cents per common share, payable to holders of the company’s common stock,” said Stephen Berman, CEO and president of Jakks. “The first such quarterly dividend of 10 cents per common share is payable October 3, 2011, to shareholders of record as of September 15, 2011. The adoption by Jakks’ board of a quarterly dividend policy reflects the company’s history of generating substantial cash flow and its strong balance sheet, as well as the board’s confidence in our long-term outlook, and demonstrates its commitment to enhancing shareholder value.”

Monsuno to Air on Nicktoons 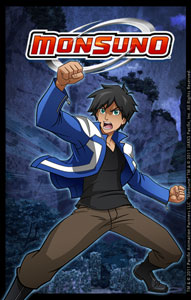 The Monsuno series (52 x 30 min) is a boys’ action adventure platform where kids discover, command, and battle creatures with destructive potential. A race to harness the power of Monsuno ensues between a group of heroic kids and the evil forces focused on destroying the Earth.

Nickelodeon will launch the series to audiences on owned channels in the United States, Latin America, the United Kingdom, key European and Eastern European territories, Australia and New Zealand, India, Southeast Asia, Russia, and Africa. The Monsuno series will first launch in the U.S. on Nicktoons and in select English speaking countries.

Jakks Pacific is the creator of the Monsuno property and master toy licensee for the line, which is expected to hit U.S. retail shelves to coincide with the U.S. TV series premiere anticipated for spring 2012. The Topps Company has signed on to produce Monsuno trading card games, confectioneries, and related products.

Serendipity 3 to Get Licensing Program

Serendipity 3 has locations in New York City, Las Vegas, and Boca Raton—together boasting over two million Frrrozen Hot Chocolates—the company’s signature dessert—consumed a year. Serendipity 3’s fourth location is expected to open at the M Street and Wisconsin Avenue intersection in Washington D.C.’s Georgetown neighborhood. By the end of 2011 another location will open in Miami and 2012 holds plans for international locations in places such as Dubai, China, and Singapore.

Pocoyo will now be featured in a new half-hour timeslot during the weekends on Nick Jr., Nickelodeon’s 24-hour commercial-free, educational preschool network in the U.S. Starting this Saturday, Pocoyo will air on Saturday and Sunday at 1:00pm ET/10am PT, complementing the current weekday broadcasts.

The toy line, from Bandai America, is currently available at retailers across the U.S. Additionally, a series of new Pocoyo DVDs are available from NCircle Entertainment at retailers nationwide.

Pocoyo’s online virtual world, www.pocoyoworld.com, has attracted more than 11 million unique visitors. There is also a Pocoyo app, Pocoyize, which allows users to create their own Pocoyo-style avatar. Approximately 12 million people have Pocoyized to date. The official Pocoyo website has amassed more than 27.5 million content downloads.

Phineas and Ferb Face Off for NHL Apparel

The Disney and the NHL collection will include apparel, headwear, home products, and collectibles featuring characters from Phineas and Ferb wearing NHL and team-branded merchandise. NHL and Disney licensees will deliver the new products to retail stores throughout North America in fall 2011, just in time for the new school year and the 2011–12 NHL season.

Phineas and Ferb airs on Disney Channels and Disney XD channels in 169 countries and in 35 languages. In Canada, it airs on Family Channel, a premium, commercial-free network and member of the Astral family.