Blue Box Holdings Ltd. has acquired Infantino, which was previously owned by the Step2 Holding Company.

Infantino is a leading infant products brand with a 20-plus year brand heritage, making it a recognized and trusted brand in the category. Infantino’s product categories include developmental toys, activity gyms, playmats, infant carriers, travel accessories, and feeding products. Infantino’s products are currently sold at leading retailers such as Babies “R” Us, Target, Walmart, Amazon.com, BuyBuy Baby among others.

The Paul Frank pop-up will offer guests an immersive brand experience with weekly interactive DIY beauty and holiday events, such as make-your-own tote bags to nail art to karaoke nights and coffee tastings. A full calendar of dates, times, and details for each of these events can be found at www.paulfrank.com/newyork.

Visitors can also participate in two digital activations featuring Julius the monkey. Using Blippar’s image-recognition app, shoppers can enter the in-store photo booth and be transported into an interactive experience in the back of a taxi with Julius at the wheel. Smartphone users can also interact with Julius to view and purchase merchandise through an animated vending machine directly from their mobile devices.

The shop will also feature an on-site PJ Donation Station benefiting Covenant House New York, the nation’s largest privately funded agency serving homeless, runaway and at-risk youth. When shoppers purchase one pair of pajamas to donate to Covenant House, they will receive a discount to purchase their own pair at 50 percent off. The donation period will begin the week of Thanksgiving and continue through the end of 2014.

For fans located outside of New York City, select items from the Paul Frank store are now available for purchase online at Shop.PaulFrank.com. 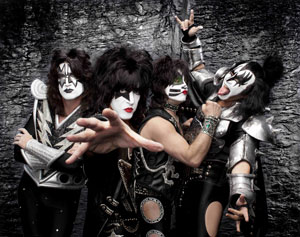 Epic Rights secured the participation of KISS in this year’s 88th Annual Macy’s Thanksgiving Day Parade, marking the rock group’s first appearance in the historical event. The special performance by KISS will be led by more than 600 cheerleaders from around the country paying tribute to the band with a rocking KISS medley.

The network (and Telemundo’s sister company) is scheduled to air the Super Bowl in Spanish while the NBC broadcast network airs the game in English.

Skylanders will appear in the Macy’s Thanksgiving Day Parade for the first time. Fan-favorite Skylanders character Eruptor will join the collection of balloons in the parade. To re-create Eruptor’s smoldering physique, artists used more than 40 gallons of florescent paint and five barrels of glitter. The live broadcast of the Macy’s Thanksgiving Day Parade will begin at 9 a.m. across all time zones on NBC.