The TOTY Award winners were announced last night during a gala awards ceremony at the Intrepid Sea, Air & Space Museum in New York City. The winners were selected with the input of consumers (on ToyAwards.org), mass and specialty retailers, media, and members of the toy industry. The five weighted ballots were used to determine the category winners, with the exception of the People’s Choice award, which was selected exclusively by consumers.

The big winners of the night were LEGO Friends Amusement Park Roller Coaster, taking home the Toy of the Year award, and Pop! from Funko, which won the People’s Choice award.

The ceremony also inducted three industry greats into the Toy Industry Hall of Fame: Peter Eio, former president of LEGO Systems; the late Ray Larsen, founder of RLA Marketing; and the late Sydney Rosen, former chairman of Rose-Art Industries. The gala also included a special presentation by the Toy Industry Foundation, which brings toys to millions of children in need around the world.

The Bridge Direct has entered into an agreement to merge with Tech 4 Kids. The company plans to use this opportunity to accelerate a roll up strategy, working closely with its merger and acquisition advisors and banking partners. The new company will target its products to a diverse group of mass market and specialty retailers around the world.

“It is no secret that industry stakeholders are looking to do more business with fewer and stronger partners. This makes it harder for smaller companies to stay relevant and competitive,” says Jay Foreman, CEO of The Bridge Direct. “Challenges facing the industry are compounded by the additional costs and complexities associated with meeting the increasingly high safety standards required by regulators, retailers and licensors. As a result, many industry business owners are looking for a way to scale up, reduce their risk or simply cash out.”

“It is our expectation to acquire or merge with new businesses every 12–18 months. Our strategy is designed to offer these owners a convenient solution with access to global markets.” says Brad Pedersen, president and CEO of Tech 4 Kids. “This move will provide a unique platform that will position us amongst the top tier of toy manufacturers in North America and provide the growth plan to reinforce our position as a key industry player.”

The new company will begin to show product lines at the Fall Toy Preview in Dallas in October. The head office will be located in Boca Raton, Florida, and offices will continue to be maintained in Toronto and Hong Kong.

Ravensburger AG has officially launched a new division of its global business: Ravensburger North America (RNA). For the first time, toy brands—Ravensburger, Wonder Forge, and BRIO—will reside together under the umbrella of the Ravensburger label. Spanning the U.S. and Canada, RNA brands will promote playful development through a rich and varied assortment of engaging products. The new division leverages the expertise of each individual brand to offer quality playthings for all ages, in multiple toy industry categories including puzzles, games, wooden toys, arts & crafts, and science kits.

“It’s an exciting time for us as we bring three of the industry’s most respected brands together under one roof,” says Jacobe Chrisman, who takes on the role of CEO of Ravensburger North America. “The merger provides a unique opportunity to leverage our combined strengths in order to grow across toy industry categories and offer our high quality play experiences to even more children and families throughout North America.” 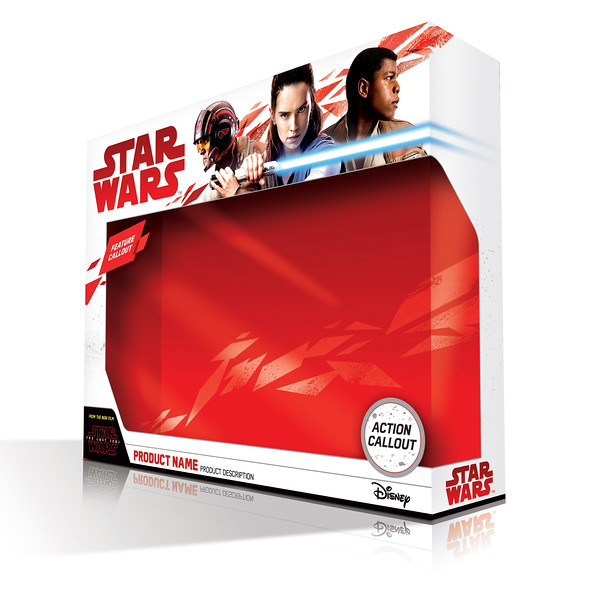 Disney and Lucasfilm have announced Star Wars Force Friday II, a global fan event celebrating the launch of new products inspired by Star Wars: The Last Jedi, will be September 1. Toys, collectibles, books, apparel, and more will go on sale beginning at 12:01 a.m., with stores around the world opening for a weekend-long celebration of all things Star Wars.

Star Wars fans worldwide took part in Force Friday in 2015, with hundreds of thousands turning up to stores at midnight to be the first to get their hands on merchandise from Star Wars: The Force Awakens. Force Awakens toys were revealed via a global live-stream unboxing event that unfolded over 18 hours, 15 different cities, and 12 countries, attracting millions of views on YouTube. Fans took to social media to share their experiences with nearly 3 billion Twitter impressions about the events, using #ForceFriday.

Details of how fans can participate will be revealed closer to the event but the worldwide launch will tap new technology and Star Wars mythology to create a unique experience for fans. Just as in 2015, products for The Last Jedi will be kept under wraps until Force Friday II to preserve surprises for fans. As well as introducing new characters from the movie in toy form, the line will build on the success of products like Sphero’s BB-8, introducing more innovative technology to bring the characters and stories from the film to life in new ways.

Also revealed was a first look at packaging for Star Wars: The Last Jedi products, which feature Poe Dameron, Rey, and Finn. Fans can stay tuned to StarWars.com for more details on Force Friday II events, and can follow the conversation on social using #ForceFridayII.

Mattel and Babytree will bring to market a suite of resources for families, including child development assessment tools and customized parenting content and development curriculum, inspired by Fisher-Price. The platform will host a wealth of content and curriculum designed to enable many parenting styles and address the unique development paths of their child.

With nearly 200 million unique monthly visitors, Babytree is China’s largest and most trusted online parenting community and kids and family platform. Established 10 years ago, Babytree now reaches more than 90 percent of Chinese parents who have access to the internet, through its digital portals including Babytree.com and a suite of mobile apps.