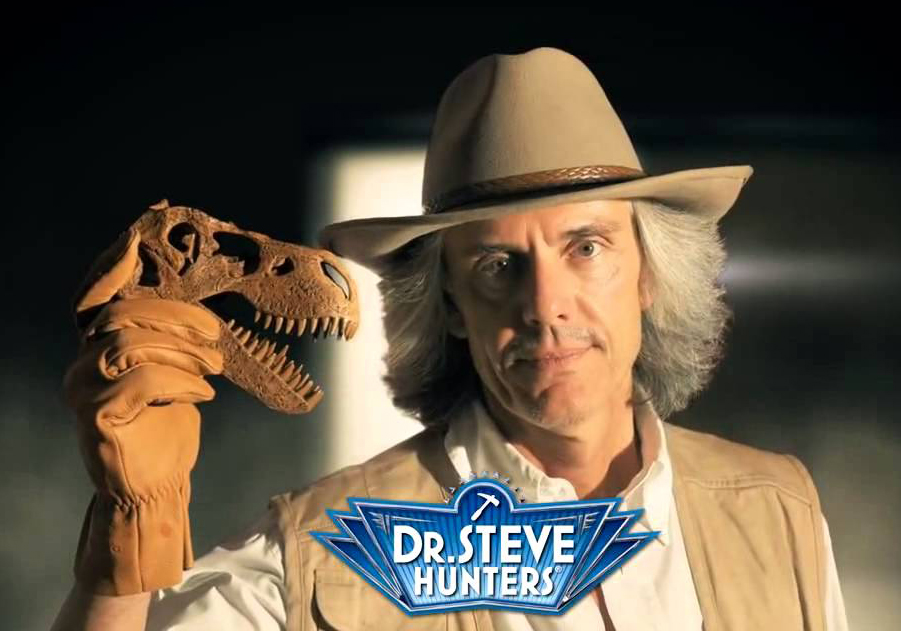 Basic Fun! has entered into an agreement to acquire Geoworld and its brand Dr. Steve Hunters, which will become part of the company’s Uncle Milton STEM business. Geoworld is an authentic line of excavation and discovery toys, including paleontology and archeology sets designed and developed by owner and geo-paleontologist Dr. Stefano Piccini, who continued to work as a paleontologist while running Geoworld.

“We absolutely love the Geoworld line and its Dr. Steve Hunters brand because it’s the most authentic and highest quality line of its kind on the market,” says Jay Foreman, CEO of Basic Fun! “It also perfectly complements our line of licensed science and paleontology properties such as Jurassic World and Star Wars, where you excavate and collect bones, relics, creatures and objects depicted in the films.”

“I’ve been looking for the right partner to help me build a stronger global brand and expand our distribution more broadly in the U.S. market,” says Geoworld’s Piccini. “This opportunity will also free me up to pursue my scientific activities and develop entertainment content around the Dr. Steve Hunters character. As Toys “R” Us was one of Geoworld’s largest global customers over the last 10 years, their collapse certainly accelerated my plans. The environment for smaller toy companies like mine has been getting tougher and tougher for many years, and I was looking for the right solution, which I found at Basic Fun!”

While Basic Fun! has taken over day-to-day management of the company, Piccini will remain on as an active member of the team to not only assist in the transition, but also to help expand Basic Fun!’s Uncle Milton STEM business. All the company’s products can be found at traditional and online retailers in the U.S. and around the world.

Endeavor (formerly WME|IMG) will acquire NeuLion, a digital broadcaster and distributor of live and on-demand content, in an all-cash deal valued at approximately $250 million.

Under the terms of the agreement, Endeavor will acquire each share of outstanding common stock of NeuLion for $0.84. Upon completion of the transaction, NeuLion will become a privately held subsidiary of Endeavor.

“Through our content portfolio, client base, and broader network of rights holders we’ve encountered many different platforms for distributing and monetizing content,” says Ariel Emanuel, CEO, Endeavor. “NeuLion provides an ideal combination of technology and client services, and we’re excited for the value this brings to our existing partners and the foundation it provides for our future digital growth.”

The transaction, unanimously approved by NeuLion’s Board of Directors and by the written consent of holders of a majority of NeuLion’s outstanding common stock, is subject to regulatory approvals and other closing conditions, and is expected to close in the second quarter of 2018.

Entertainment One (eOne) and its master licensee in Japan, Sega Toys, are gearing up for the launch of Peppa Pig product with an exclusive Peppa Pig Goes to London-themed pop-up store this spring. Running March 28–April 3 at Takashimaya (the Shinjuku department store in Tokyo), the pop-up will draw on the property’s British heritage with décor and styling inspired by the Peppa Goes to London story book. The shop will feature more than 100 product SKUs available from 23 licensing partners, spanning categories including toys, publishing, novelty, homewares, home entertainment, and stationery.

To support the pop-up, Takashimaya will also host special Peppa Pig screenings March 28– April 10. Alongside select episodes, an exclusive original episode will be shown that will give families the opportunity to watch Peppa and friends enjoying cherry blossom, to coincide with Japan’s traditional cherry blossom season. There will also be English language workshops for young visitors and reading sessions of Peppa Pig books in Japanese.

The opening ceremony on March 28 celebrates the start of the activity at Takashimaya and will be attended by the British Ambassador to Japan, Paul Madden CMG, along with the Japanese Peppa and George Pig voice actors.

How The Entertainer is Revamping Its In-Shop Experience

The Entertainer, the fastest growing multichannel toy retailer in the UK, relaunched its global flagship store at Westfield London following a nearly $1 million remodel to create a more immersive in-store experience for children.

The 4,500 square-foot store, which employs 19 people, has been remodeled to feature new technologies such as animated window screens, interactive floor projections, augmented reality mirrors, and ‘The Launch Pad’ Tech Tables, while maintaining its much-loved counter steps at checkout.

Westfield London, The Entertainer’s global flagship store, is now open to the public.

Its hybrid live-action/CG-animated series ReBoot: The Guardian Code will premiere as a Netflix Original Series worldwide on March 30, followed by Canadian distribution on YTV in June. Created by Studio Head Michael Hefferon, the action comedy follows the adventures of four teenagers who discover on the first day of high school that they have been selected to become the next generation Guardians of Cyberspace with the help of Vera, an artificially intelligent bio-constructed teenage girl. ReBoot: The Guardian Code is the first television series to create animation using the Unreal Game Engine with 4K resolution. ReBoot: The Guardian Code is distributed by Nelvana and produced by Mainframe Studios.

Mainframe is currently in development on The Anybodies, a 6–11 animated comedy/adventure series about a 12-year-old girl who discovers her powers as a shapeshifter when reunited with her real family after being switched at birth. The series is based on the book trilogy by author Julianna Baggott (aka N.E. Bode), as adapted by writers David H. Steinberg & Keetgi Kogan Steinberg (Yo Kai Watch), who will executive produce. Emmy award-winning director Mark Risley is on board to direct the series.

Mainframe Studios will also continue its longstanding relationship with Mattel and Barbie. It is in production on a 26-episode TV series entitled Barbie Dreamhouse Adventures. The studio has produced 30-plus animated Barbie movies with Mattel over the past 17 years.

12 Finalists Revealed for The World Video Game Hall of Fame

The World Video Game Hall of Fame received thousands of nominations from more than 100 countries for consideration for the 2018 class. New this year, fans can vote for their favorite finalists now through April 4 as part of a “Player’s Choice” ballot at worldvideogamehalloffame.org. The three games that receive the most public votes will form one ballot and will join the 27 other ballots submitted by members of the International Selection Advisory Committee, which is made up of journalists and scholars familiar with the history of video games and their role in society. The final inductees will be announced during a special ceremony at The Strong museum on Thursday, May 3, at 10:30 a.m.

The Genius of Play announced the release of its “Dear Parents” public service announcement (PSA) campaign. Each PSA takes a unique look at play from a child’s perspective and explains to parents how a balanced mix of play offers kids a variety of benefits.

“In order for kids to receive the maximum benefits from play time, they should engage in different types of play that help develop different skills. For example, playing with blocks and puzzles has been found to build spatial awareness, while pretend play with stuffed animals, dolls and action figures has been linked to improved vocabulary,” said Nancy Schulman, Head of the Early Learning Center at Avenues: The World School and an expert for The Genius of Play. “The Dear Parents campaign and additional resources available on TheGeniusofPlay.org will help inspire parents and provide ideas they can use to encourage their child’s healthy growth through play.”

The campaign consists of four PSAs: