Alchemy II, Inc. has teamed up with The Jim Henson Company to develop a Teddy Ruxpin animated fantasy adventure series for kids ages 3-7.

John Tartaglia (Splash and Bubbles, Johnny and the Sprites) is on board as showrunner along with producer Russell Hicks, the Original Head Illustrator for Alchemy II during Teddy Ruxpin’s initial launch; master toy licensee Wicked Cool Toys; and the team at The Jim Henson Company led by executive producers Lisa Henson and Halle Stanford. Jim Henson’s Creature Shop will bring the series to life with its Emmy Award-winning Henson Digital Puppetry Studio (Sid the Science Kid, Word Party), which allows performers to puppeteer animated characters in real time allowing for more organic and natural movement. 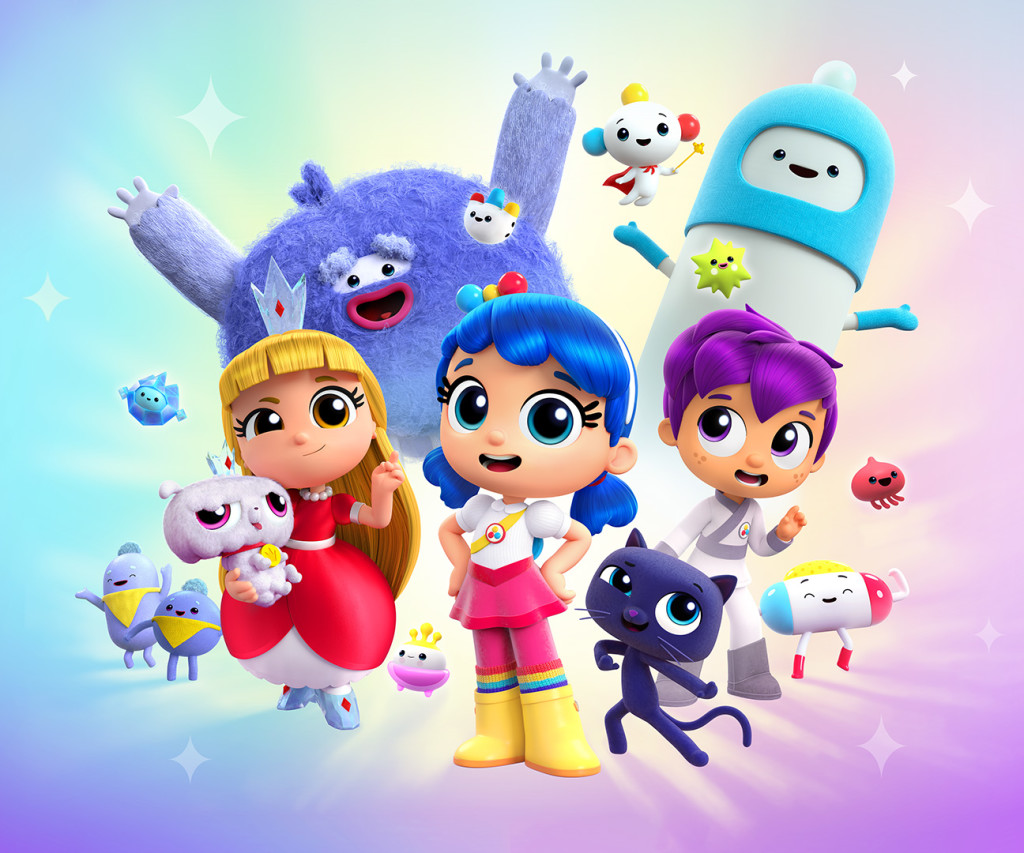 Guru Studio, a leader in children’s entertainment and the powerhouse animation studio behind such series as PAW Patrol, Ever After High, and Justin Time, will debut a merchandising program for its new preschool series True and the Rainbow Kingdom, which airs on Netflix in the U.S. and CBC in Canada.

True and the Rainbow Kingdom, is produced in collaboration with Pharrell Williams’ i Am Other, FriendsWithYou, and Home Plate Entertainment. The show debuted on Netflix last August. New episodes are slated to release this summer, and Netflix has already greenlit a third season tentatively scheduled for 2019.

Guru Studio will be announcing additional partners for the brand in the coming months.

The Kung Fu Pork Choppers are a team of pigs-turned-superheroes who protect New Pork City from all forms of alien invasion. Join Hampton, Hamgelina, Glorious P.I.G. and the rest of the gang, as they take on any challenge — unless, of course, they screw things up — which has been known to happen like a gazillion times.

Xtreme Play will develop, manufacture and distribute high-quality collectible lines of figures, statues and replicas for Ubisoft, one of the world’s leading interactive publishers in the video game and
entertainment industry. Xtreme Play will create figures of Ubisoft’s best-selling video game franchises, including
Assassin’s Creed, Tom Clancy’s Rainbow Six Siege, Tom Clancy’s The Division 2, and Beyond Good and Evil 2, among others. The first products from Xtreme Play are expected to arrive at U.S. retailers late fall 2018.

“We’re thrilled to partner with Ubisoft, a leading producer of sought-after video games, to deliver specialized products targeted to the adult collector market,” says Jaimie Kondos, senior brand manager, Xtreme Play. “With the gaming category’s 18 percent increase year over year, we know there is an avid fanbase clamoring for products that celebrate the characters and worlds that they have become immersed in.”

“This partnership with Xtreme Play will amplify the immersive worlds our fans love in our games, and allow them to
experience and collect their favorite characters in new ways with these new high-quality, unique and innovative
collections,” said Sarah Buzby, Vice President of Consumer Products, Ubisoft.

Cartoon Network Enterprises announced the growth of its diverse portfolio, which includes extensive licensing programs for many of its popular brands. Fresh new products will be introduced from new and expanding licensing partners for Ben 10, We Bare Bears, Steven Universe and other Cartoon Network brands that fans have come to know and love. The properties will be represented in the Cartoon Network booth, D170, at Licensing Expo 2018.

Cartoon Network debuted a fresh take on the Ben 10 animated series in the U.S. in 2017, centered on 10-year-old Ben Tennyson. Season two premiered in February and continues to yield top ratings for the network. New Ben 10 licensing partners include FAB Starpoint, which will offer Ben 10-inspired backpacks.

We Bare Bears, the BAFTA award-winning series created by Daniel Chong that follows three bear brothers who are just trying to fit in and make friends, is currently in its fourth season. New licensing partners for We Bare Bears include Grizzly Griptape, the California skate lifestyle brand, which will launch a collection of skateboard accessories and apparel later this year; Toy Factory with a new collection of We Bare Bears plush toys for outdoor and traveling amusement venues and family entertainment centers; Funko! with new Pop! vinyl figures for holiday 2018; and Concept One Accessories with accessories, including adult and child-sized headwear, cold weather accessories, belts, wallets, luggage, backpacks and bags.

Cartoon Network will also expand the licensing program for its Emmy-nominated series, Steven Universe. PopSockets will offer a Steven Universe-themed line of the phone accessory.

The licensing program around the award-winning series Adventure Time continues to grow with new partners, including Accutime Watch Corporation adding to its collection with an expansion of timepieces and collections for Adventure Time. 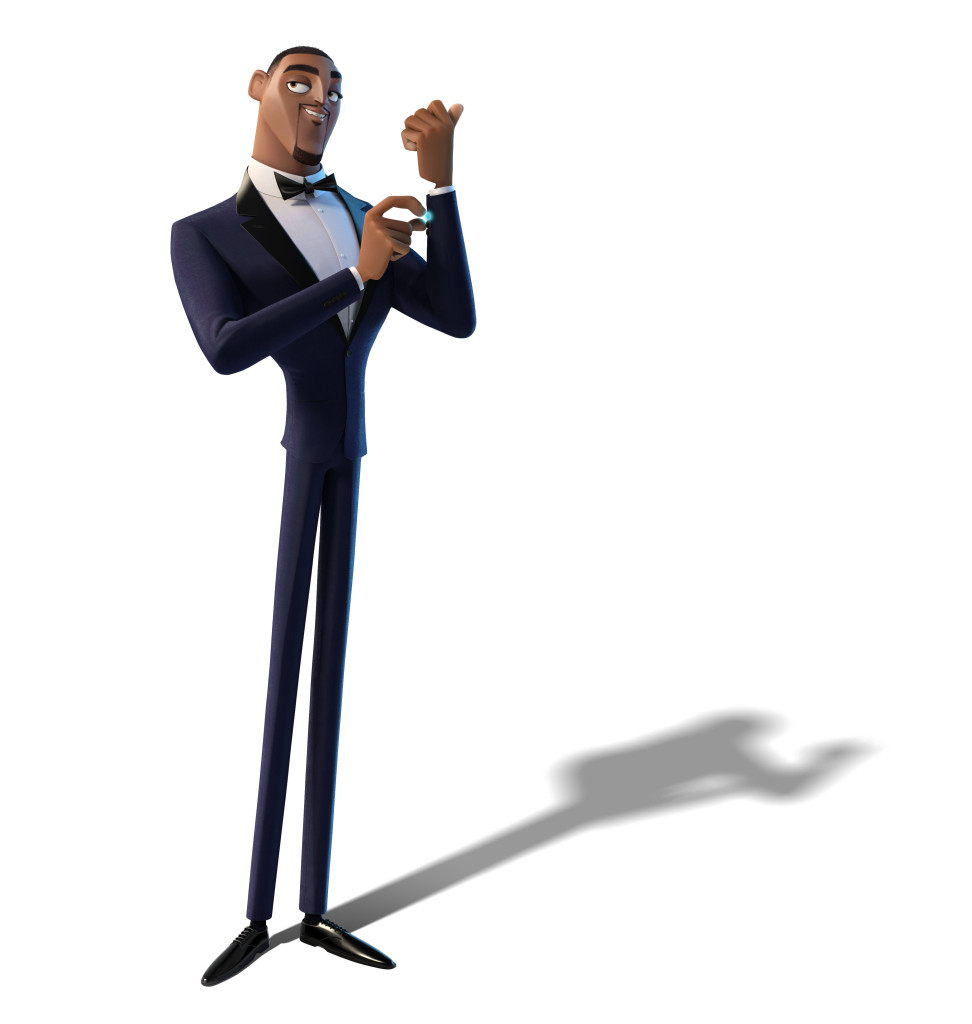 20th Century Fox Consumer Products (FCP) announced that the buddy action-comedy Spies in Disguise, starring the voice talents of Will Smith and Tom Holland, will hit theaters April 2019 with support from partners across the toys & games, publishing, apparel & accessories, sleepwear, and home categories.

Spies in Disguise is an animated buddy action-comedy set in the high octane globe-trotting world of international espionage. Will Smith is the voice of super-skilled spy Lance Sterling and Tom Holland is Walter, a scientific genius who invents the gadgets Lance uses on his missions. When events take an unexpected turn, Walter and Lance suddenly have to rely on each other in a whole new way. And if this odd couple can’t learn to work as a team, the whole world is in peril. Directed by Nick Bruno and Troy Quane, Spies in Disguise is a Fox Animation production, with Blue Sky Studios and Chernin Entertainment.

Beginning immediately, WildBrain will assume worldwide management of the Popeye and Friends Official YouTube Channel to grow the Popeye’s global audience across the platform. The digital studio will begin by producing new compilations of cartoon favorites including Classic Popeye, Popeye and Son, and The Continuing Adventures of Popeye. The WildBrain collaboration comes on the heels of Popeye’s newly redesigned brand logo and packaging, a fresh, interactive website, and a new YouTube channel. King Features also recently announced more than a dozen new merchandising partners from around the globe on board to elevate the salty sailor at retail ahead of his 90th anniversary in 2019.