Registration is open for ChiTAG’s 12th Annual Young Inventor Challenge (YIC). The annual competition lets children ages 6-18 present original toy and game inventions to industry professionals, the media, and consumers. The deadline for online submissions is October 31. Hosted by the Chicago Toy & Game Group, the goal of the Young Inventors Challenge is to inspire creativity and innovation and to provide mentorship to students in the process. All entrants will receive scores and written feedback from seasoned product development, acquisition, innovation, and marketing professionals following the event. Prizes total $10,000 in scholarships plus the possibility of having a submitted idea developed and distributed in partnership with leading brands. Past winners and finalists have gone on to enter licensing and distribution details with brands including Pressman, PlayMonster, and Target. To enter, hopefuls are required to provide a brief toy or game project description, prototype, photos, and a pitch video. Judging is split into two categories, Junior (ages 6-10) and Senior (ages 11-18). One Junior and one Senior winner will be selected in each of the following categories:

Winners will be announced, and prizes awarded at 2:30 p.m. on Saturday, November 17 at the 2018 ChiTAG Toy & Game Week in Chicago at Navy Pier, following online and in-person judging. Thanks to the addition of video participation in 2017, ChiTAG attendance isn’t required to be eligible to win. The judges and mentors for the Young Inventors Challenge represent a collective of nearly 50 professionals. The panel includes Tony Serebriany, director of new product development and inventor relations at USAOPOLY; Erik Hansen, direction and invention officer, LEGO System A/S; and Nick Metzler, a former YIC winner now working for Spin Master.

As part of a strategic review by a special committee on its board of directors, DHX Media signed a multi-million-dollar agency agreement for Peanuts in China and Asia with CAA Global Brand Management Group LLP, a division of Global Brands Group. The deal follows the previously announced sale of a minority stake in Peanuts to Sony for $178.0 million. The company also announced it will refocus its content strategy to prioritize investment in WildBrain, and the development of premium content for major streaming services and broadcasters.

As an outcome of the strategic review, DHX Media’s board of directors has suspended the company’s quarterly dividend, effective immediately, freeing up approximately $10 million in annual funds, to invest in the WildBrain business and to continue paying down debt.

Under the strategic review, the special committee, together with the company’s executive team and bankers, assessed a wide range of options to enhance shareholder value. Interest was received from multiple parties for a variety of assets, business combinations and strategic partnerships, and while choosing to move forward only with certain transactions that offered the best value for shareholders, DHX Media found that the process affirmed the strength of its asset portfolio.

The company also undertook a comprehensive internal review of its management team, operational processes and structures, and its content strategy. The combined strategic and internal review process, once fully implemented, is expected to generate $11 million in annualized operating savings. 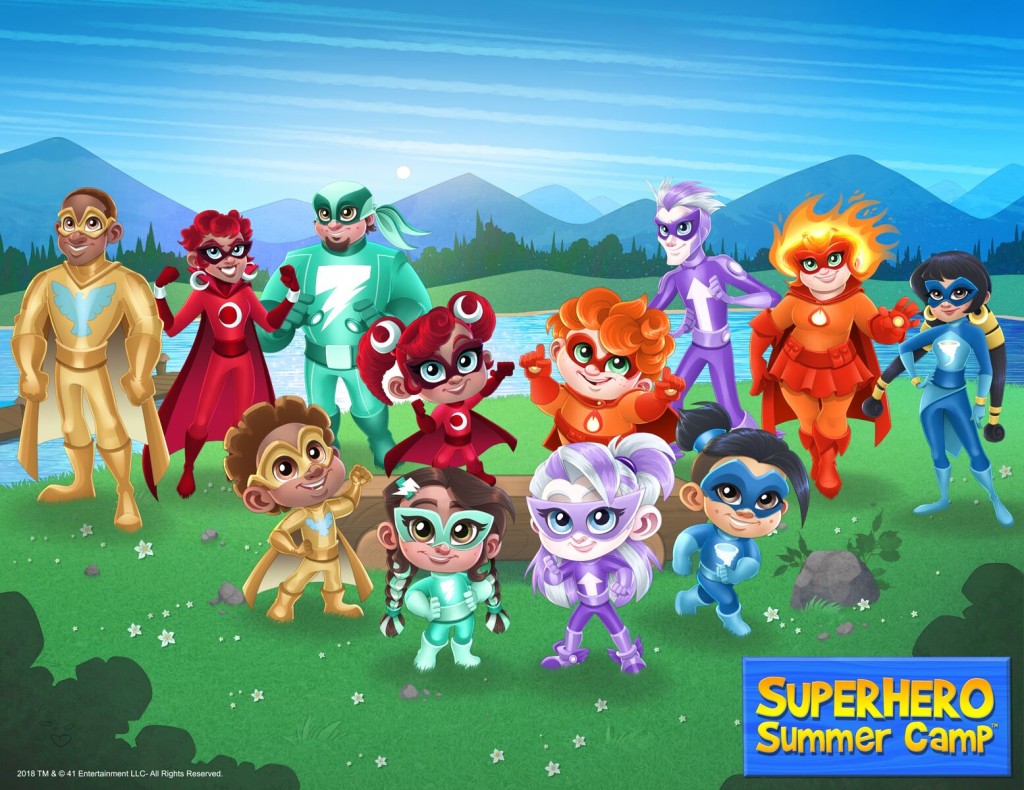 In Superhero Summer Camp (52 x 11’), the children of legendary superheroes (including Sparkman, Silver Streak, and Torpedo) spend the summer at a sleep-away camp where they learning how to call up—and control—their familial superpowers. Sparks calls up and controls electricity, Streak has super speed, Rocket flies as fast as a rocket, Cy turns into a twisting tornado of turbo power, Flare shoots laser beams from the palms of both hands, and Tori has super strength. Superhero Summer Camp also features a variety of traditional camp activities, camp songs, and campfires.

A companion piece is Superhero Pets, which follows the adventures of six  pet friends with superpowers: André, a cat with invisibility powers; Houdini, a mind-reading hare; Crystal, a shapeshifting cat; Felicity, a flying dog; Lightning, a super smelling tortoise; and Yukon, a dog with a supersonic bark.

Like other superhero teams, the Pets have superpowers, spandex costumes, and secret identities; and, in classic superhero form, they use their powers to swoop in and save the day. However, unlike traditional superheroes, the Superhero Pets don’t just want to save the day, they want to save the criminals, too. Of course, they must catch them first.

Every episode of  Superhero Pets begins with Charlie, an 11-year-old pet walker, picking up the six ordinary pets from their homes. A brief comment from an owner or a passerby will frequently provide the first hint of where the day’s adventure will lead and the problem they will solve.

Based on an original idea by Kaaren Lee Brown, the shows are created and executive produced by Allen Bohbot, developed for television by Brown and Kiersten Halstead, and illustrated by Mel Bontrager. Superhero Summer Camp is planned to launch in fall 2020 worldwide and Superhero Pets is expected to launch shortly thereafter in spring 2021. 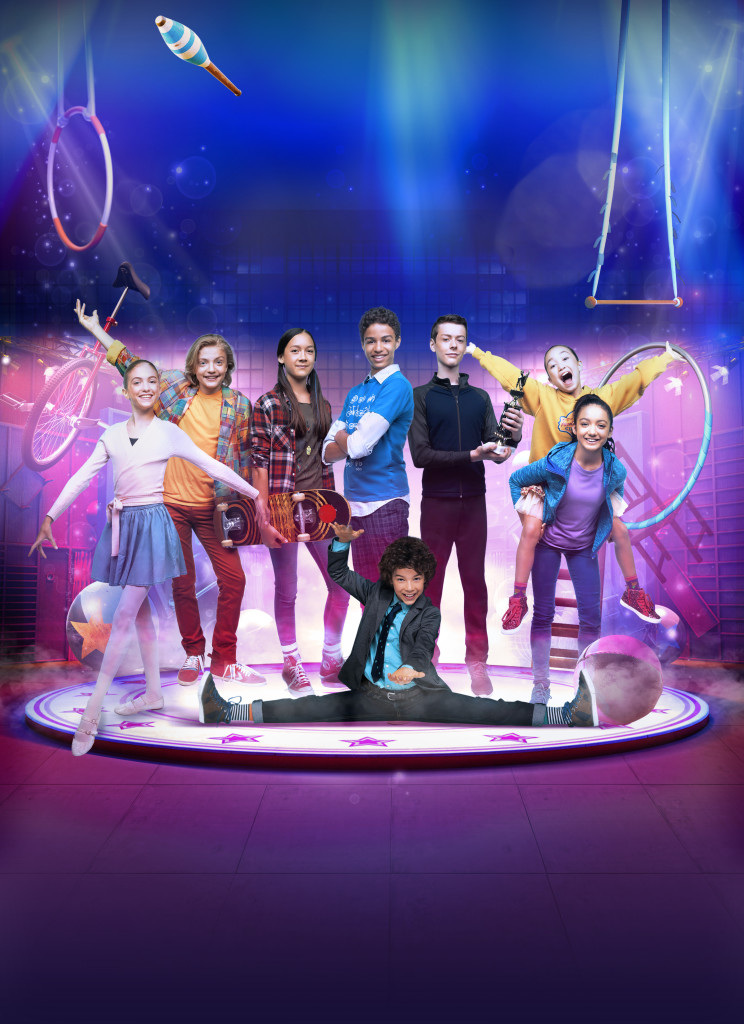 Set in a fictitious circus arts boarding school, Big Top Academy tells the story of a group of young acrobats who dream of becoming professional circus artists. The series, the first live-action kids series for Cirque du Soleil, transports young viewers to the circus universe. The series tells the story of eight students – Nicholas, Maxwell, April, Phoenix, Chase, Ella, Celeste, and Axel – who hail from different walks of life and have a variety of skills: some are already circus artists, others come from ballet and gymnastics, while a few have no formal training at all. Heading up the school is the firm but friendly headmistress, Miss G., along with stern athletics director Sir Rayne and wacky teacher Ms. Martel.

In the premiere episode, viewers are introduced to Nicholas Zolta, a student at Big Top Academy whose father was a legendary circus artist who attended the school in his youth but disappeared a decade ago while attempting a daredevil circus stunt. As the school year unfolds, Nicholas will discover a web of mysteries that all seem to lead back to his father and Sir Rayne, who seems to know more about Nicholas’s father than Nicholas himself. Jonathan Finkelstein, the founder of Apartment 11, is executive producer for the series with Leila Basen and Carina Schulze as showrunners.

French broadcaster TF1 has greenlit the second season of the CGI series Monchhichi, based on the iconic plush that first debuted in 1974 from Japan’s Sekiguchi. Paris-based Technicolor Animation Productions and TF1 will co-produce the second season in collaboration with Sekiguchi.

Additionally, the first season of Monchhichi (52 x 11’) will debut on Hulu in the U.S. All episodes of the series will be available on the streaming service following its premiere on Boomerang’s subscription streaming service, as recently announced. The Hulu agreement was brokered by PGS Entertainment, the series global distributor (excluding France).

The Jim Henson Company announced the production of an all-new fifth season of Dinosaur Train. The new season’s 11 CG-animated half-hour episodes will air on PBS Kids in summer 2019.

Celebrating its 100th episode, the new season of Dinosaur Train continues the exploration of natural science with an emphasis on adventure, discovery, new inventions, social emotional learning, and traveling outside our comfort zone. Buddy and his adoptive family of Pteranodons will visit different climates, go underground, under the sea, and even up in the air in their search for the new and unknown, meeting and making new dinosaur and even non-dinosaur buddies along the way.

Dinosaur Train is produced by The Jim Henson Company and co-produced with Singapore animation company Sparky Animation with the participation and assistance of the Singapore Media Development Authority. The series is executive produced by Lisa Henson and Halle Stanford for The Jim Henson Company. Craig Bartlett also serves as executive producer. The Jim Henson Company oversees all ancillary exploitation of the property, including distribution, licensing and merchandising in all markets other than Asia, which is administered by Sparky Animation.  PBS handles DVD distribution to North American consumer and education markets. Corporate funding is provided by Kiddie Academy and Homer.