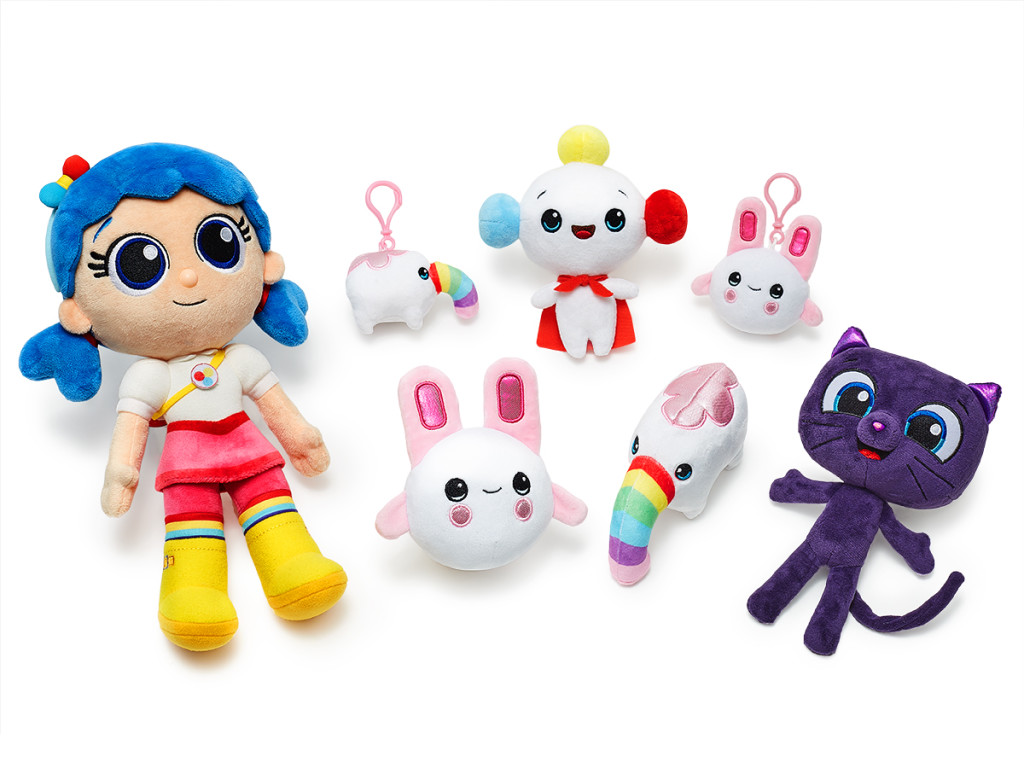 Guru Studio signed Aurora World to develop a range of plush toys based on its hit original preschool series True and the Rainbow Kingdom. The deal comes on the heels of True and the Rainbow Kingdom’s merchandising program debut this fall, with its first line of collectible toys launching nationwide at Walmart Canada in October, and Halloween costumes already available in the U.S. and Canada through PartyCity and other online retailers.

Aurora World, a global leader in plush toys, will begin selling True and the Rainbow Kingdom products to retailers in the U.S. and Canada starting in 2019. The first range of products will feature a unique collection of Magical Wishes and a diverse line-up of characters from the hit series.

Aurora World is only the latest deal for the preschool show, which was recently greenlit by Netflix for a third season. Other recently announced licensees include American Marketing Enterprises (sleepwear); GBG Socks (hosiery); Chouette (master publishing); and Bendon Inc. for coloring books and art sets that are rolling out in 2019.

Rovio Entertainment has revealed new brand licensing partnerships with toy makers Maisto, a subsidiary of the May Cheong Group, and EDUKIE, previously known as BanBao.

The strategic deals will lead to new product lines featuring the Angry Birds franchise for fans beginning next year, building up to the release of The Angry Birds Movie 2 in September 2019.

Maisto will develop a wide range of products, including pull backs, launcher sets, R/C vehicles and track sets, as Rovio’s new toy partner in the vehicles category for Angry Birds.

Rovio’s long-term licensing deal with EDUKIE encompasses a new line of construction toys featuring the Angry Birds brand. The collection is scheduled to be distributed globally by EDUKIE at retailers around the world in 2019. A preview of the new toy line will be showcased at upcoming international toy fairs including Hong Kong, New York, and Nuremberg. 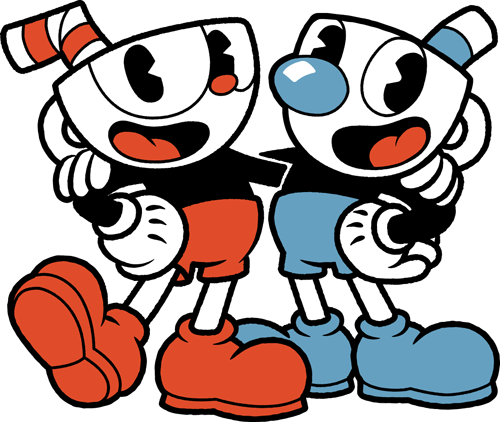 Studio MDHR’s Cuphead continues to grow. King Features announced the first round of international deals for the gaming property including new apparel, accessories, and art. The deals were brokered by Allsorts Licensing in the United Kingdom.

Launching later this year, Insert Coin Clothing will debut a line of t-shirts, sweatshirts, and hats that will be available worldwide through its website www.insertcoinclothing.com. Trademark Products will roll out outerwear, hats, and t-shirts inspired by Cuphead in the UK and Ireland, while GB Eye is launching Cuphead posters, framed prints, mugs, badge sets and card holders across major European territories. 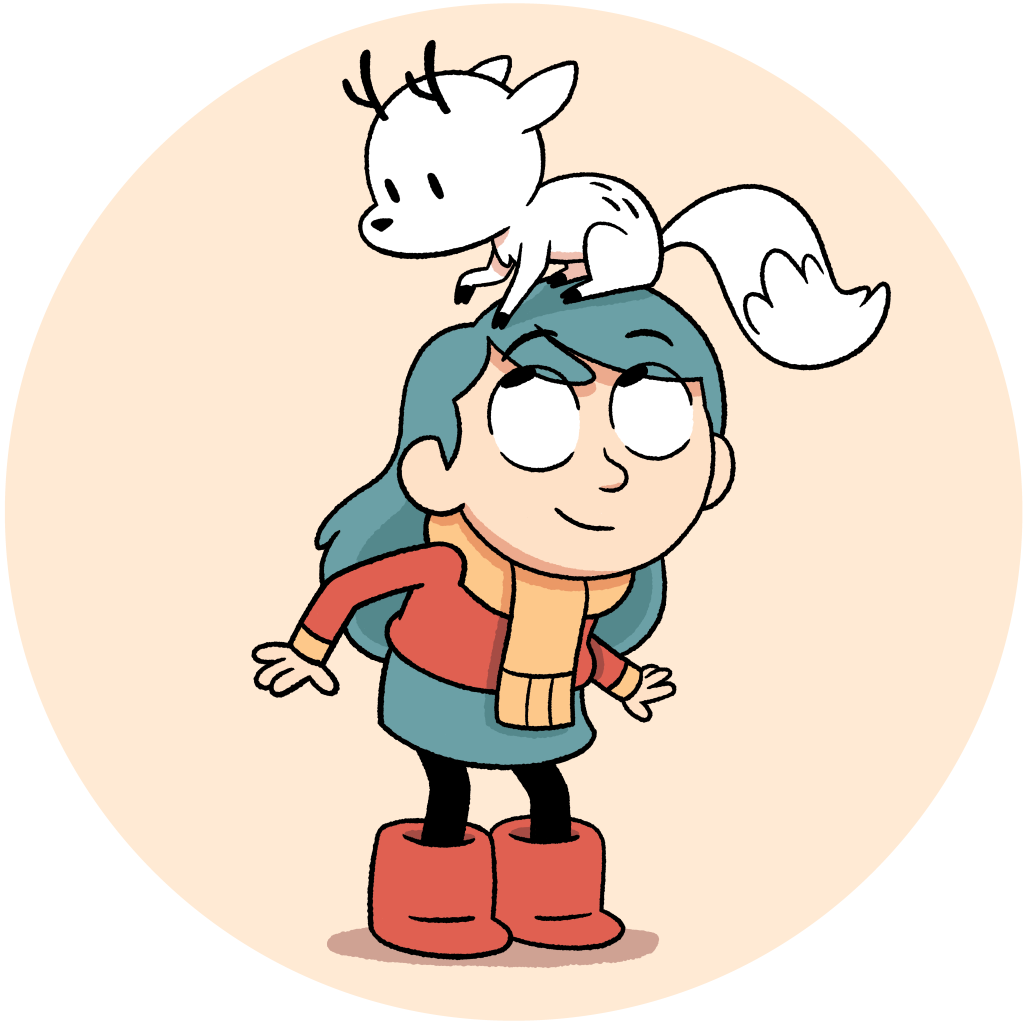 International TV production and brand licensing company Silvergate Media unveiled details for its new animated adventure TV series, Hilda, and its plans for the consumer products program following its global premiere on Netflix on September 21. Silvergate Media will be presenting licensing opportunities for the brand at Brand Licensing Europe next month.

The brand is based on the Eisner Award-nominated graphic novels by Luke Pearson.

Co-produced by Silvergate Media and Mercury Films, Hilda is now available in 130 countries on Netflix, and Silvergate is currently lining up FTA broadcasters for the show.

The animated 13 x 22-minute episodes from season one, aimed at kids ages 6-11, feature the voice talents of Game of Thrones’ Bella Ramsey in the title role of Hilda and a theme song by Grimes. The 2-D animated series follows the adventures of a blue-haired girl as she travels from her home in a magical wilderness full of elves and giants, to the bustling city of Trolberg.

Other product and marketing initiatives include a booth and panel presentation at New York Comic Con in October, a board game currently in production from Brooklyn Game Lab, and a tie-in book from Nobrow as well as an app release due on October 18. 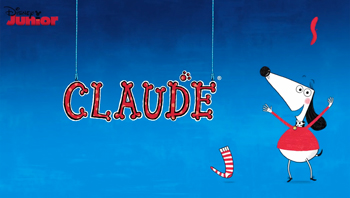 The series is set to launch in the UK on the new preschool block on free-to-air channel ITVBe in the third quarter of 2019.

Elsewhere additional sales have concluded with YLE in Finland, YoYo in Taiwan, CJ E&M Media Corporation for GEM in South Korea, TVB in Hong Kong, Cineplex Company for True Visions in Thailand, and the series has been licensed to UYoung to distribute the series in China. Sub-distribution in South-East Asia is by Bomanbridge.

The sales follow strong ratings success for the show on Disney Junior with Disney Junior Australia and Disney Junior UK, where the show launched on June 4. Disney Junior is broadcasting the series in all countries across EMEA and Australia, which consists of 50 x 12-minute episodes and 11 two-minute shorts.

Based on the book series by Alex T. Smith, Claude follows the humorous adventures of beret-clad dog Claude and his faithful sidekick Sir Bobblysock in the cosmopolitan seaside resort of Pawhaven.