The Hot Wheels Legends Tour returns for year two, with plans to hit 18 stops (three more than 2018) on its nationwide search for a life-size custom car worthy of being made into a 1:64 Hot Wheels diecast toy car. The tour kicks off in Miami on March 16.

Last year, Mattel selected Luis Rodriguez and his 2JetZ custom car as the winner of the Hot Wheels Legends Tour, which was first launched in celebration of the brand’s 50th anniversary and attracted more than 3,600 cars and 65,000 fans.

“Our first Hot Wheels Legends Tour set the bar high, bringing together tens of thousands of passionate, brand fans and car enthusiasts of all ages in a first-of-its-kind tour experience to celebrate our 50th anniversary,” said Chris Down, Global Head of Hot Wheels. “It was invigorating to see fans and families showcase and celebrate car culture in a way only the Hot Wheels brand can and now we’re ready to take year two to the next level by expanding the tour with new partners and stops.”

Partnering with brands such as Mobil 1, Dickies, Honda, Microsoft Xbox and Mechanix, the second annual tour will expand with additional and new stops in the U.S. to give even more fans a shot at seeing their custom car become a 1:64 die-cast toy car. The winning vehicle will also be inducted into the Hot Wheels Garage of Legends, a collection of one-of-a-kind cars that embody the brand’s challenger spirit and legendary design.

At each stop, fans will show off their unique custom builds to a talented team of judges consisting of Hot Wheels designers, automotive experts and influencers, who will select one finalist based on the criteria of authenticity, creativity and garage spirit. At the end of the tour, one finalist from each of the 18 stops will win a trip to the 2019 SEMA Show in Las Vegas, where their custom creations will be judged side-by-side to determine which one will be made into a die-cast car sold around the world. 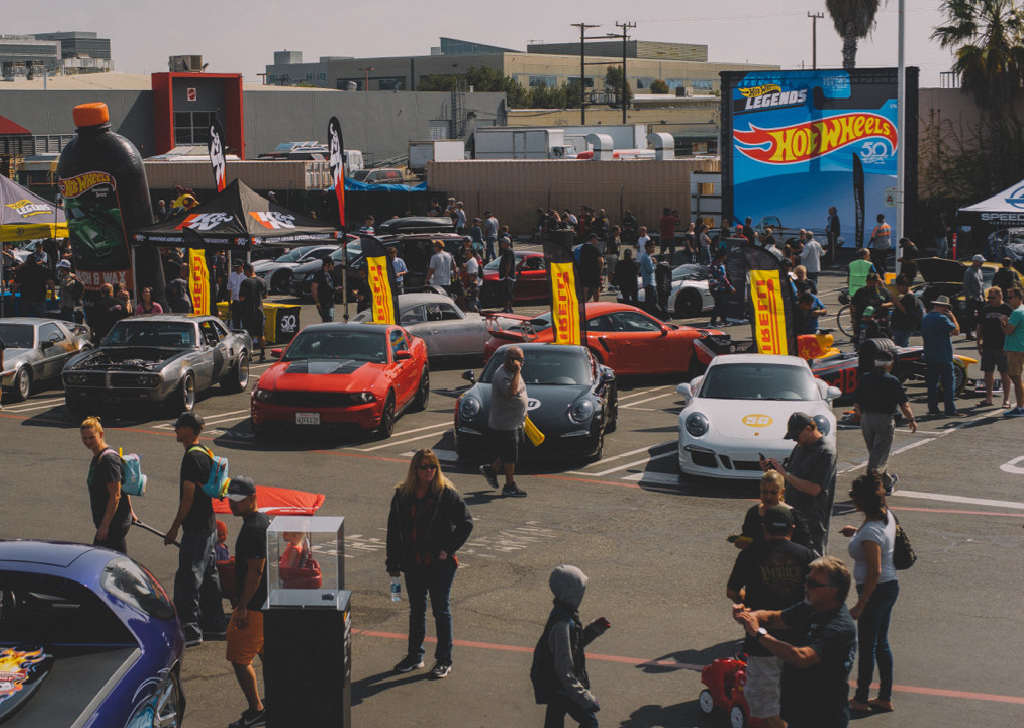 Each stop on the tour will include on-site experiences such as racing simulations, pit-stop challenges, a Hot Wheels Kid Zone, photo opportunities, and a chance to check out the rest of the Hot Wheels life-size fleet. Hot Wheels will also send a custom “vending machine + play” truck to more than 75 additional Walmart stores so fans of all ages can get their hands on their own Hot Wheels toys and exclusive merchandise.

The Hot Wheels Legends Tour will stop at select Walmart stores in the following U.S. cities:

The tour will also make a special stop at Hot Wheels headquarters in El Segundo, CA on May 15 to celebrate the brand’s 51st birthday. International stops will be announced later in 2019.