Earlier this week, the aNb Media/TTPM got a hands-on demo with the latest addition to the Nintendo Labo line. Already garnering accolades for its merging of tech, gaming, and hands-on creative play, the new Nintendo Labo VR kit elevates the play with the addition of VR gaming experiences that will have players soaring like a bird, feeding hippos, painting like an elephant Picasso, and feeling like superheroes by stopping an alien invasion.

Nintendo Labo: VR Kit launches exclusively for the Nintendo Switch system on April 12 with dozens of simple virtual reality experiences for kids and families to enjoy together. Like the previous Nintendo Labo releases, players build different DIY cardboard creations with this kit that will then be used for gameplay. These include the Toy-Con Elephant, Toy-Con Camera, Toy-Con Bird, Toy-Con Blaster, and Toy-Con Wind Pedal (for added effect). 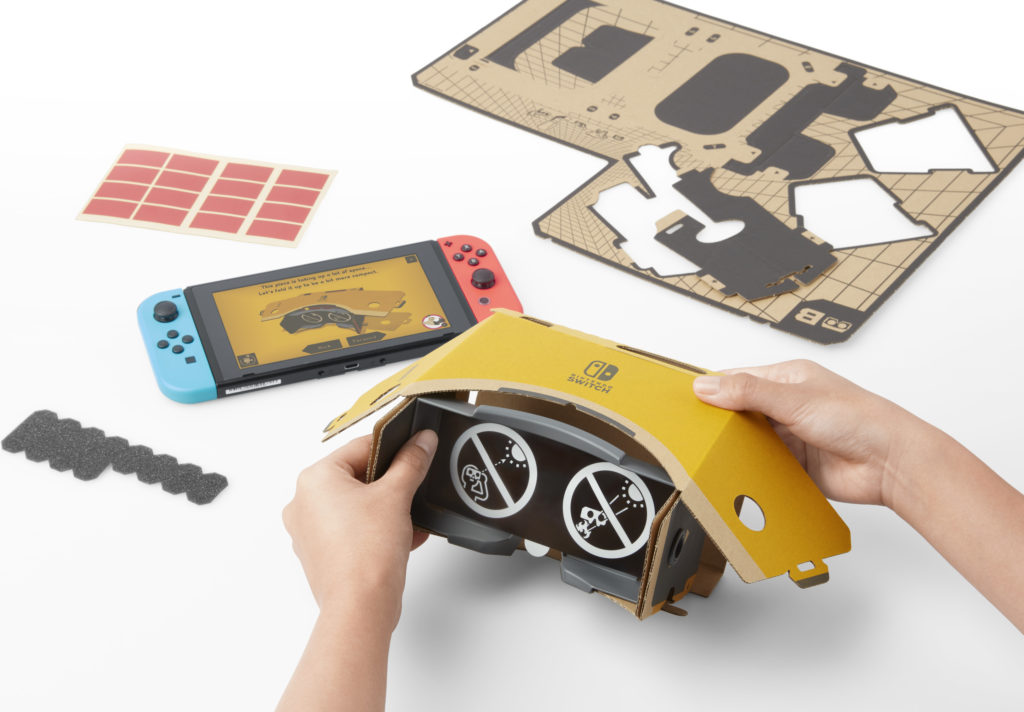 Some games allow players who aren’t looking into the Toy-Con VR Goggles to interact with the on-screen experience. For example, if one player is exploring the in-game ocean and taking photos with the Toy-Con Camera, another person in the room can wear the Toy-Con Snorkel and step in front of the Camera to make a bug-eyed fish swim quickly toward the player’s face.

The Nintendo Labo: VR Kit offers a variety of games and experiences that work with the different Toy-Con creations, including:

But perhaps more exciting for experienced Nintendo Labo users is that along with the launch of Nintendo Labo VR comes two completely new additions to the gaming experience.

VR Plaza, designed to work with all Toy-Con creations, is where players can go to play 64 unique bite-sized games and experiences, such as platformers and puzzlers. While the majority of these games can be played only using the Toy-Con VR Goggles and Nintendo Switch systems, there are some two-player games that can be played in 2-D, such as a soccer match-up. 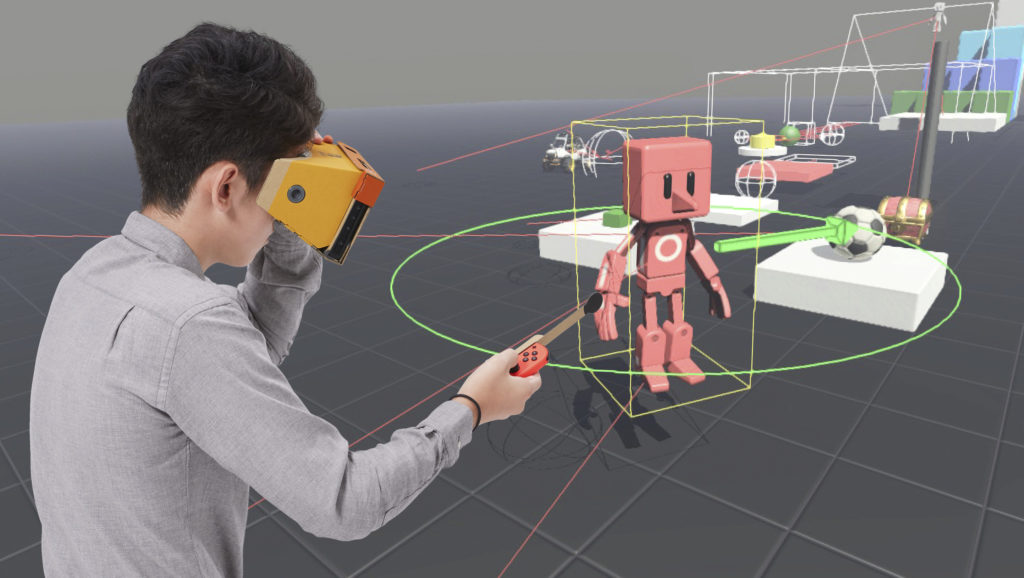 Players that own the Starter Set can purchase  two optional expansion sets for MSRP $19.99 each through the Nintendo Store to expand their experience: 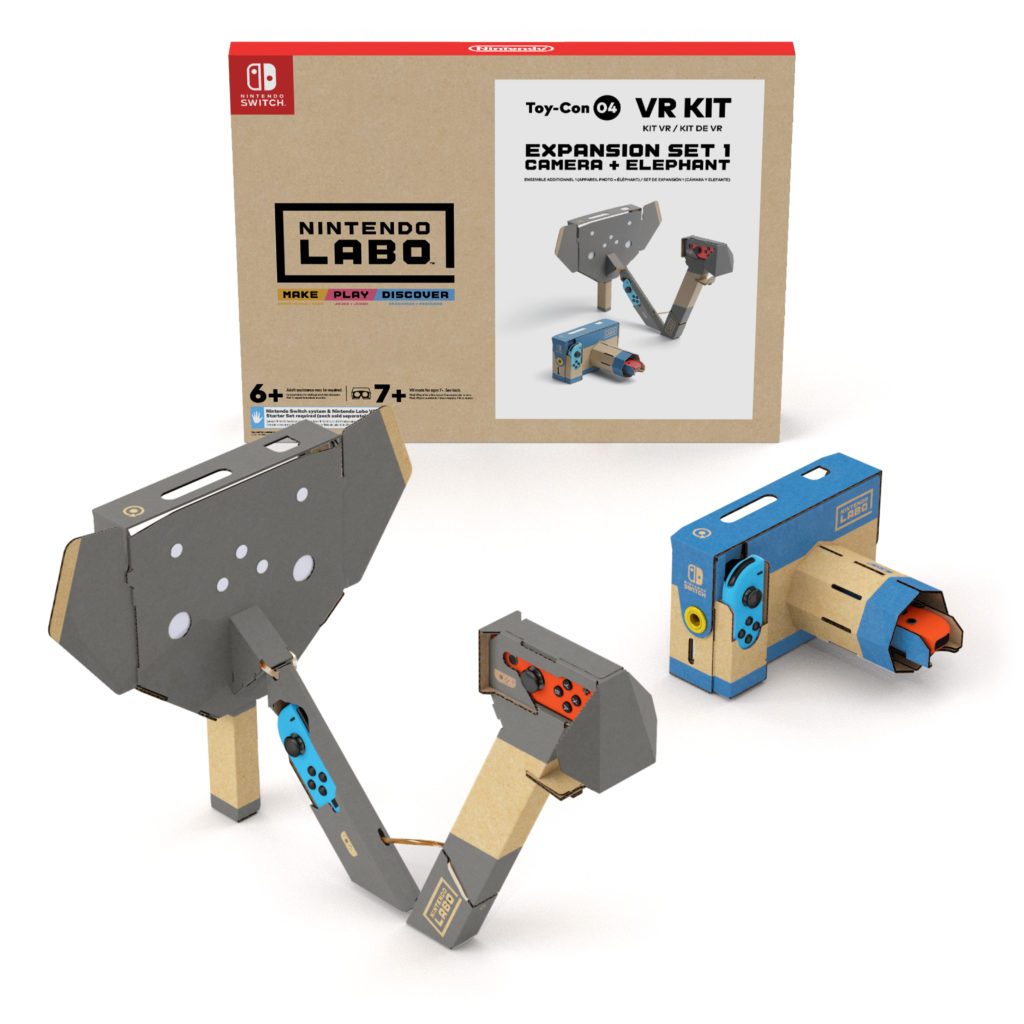 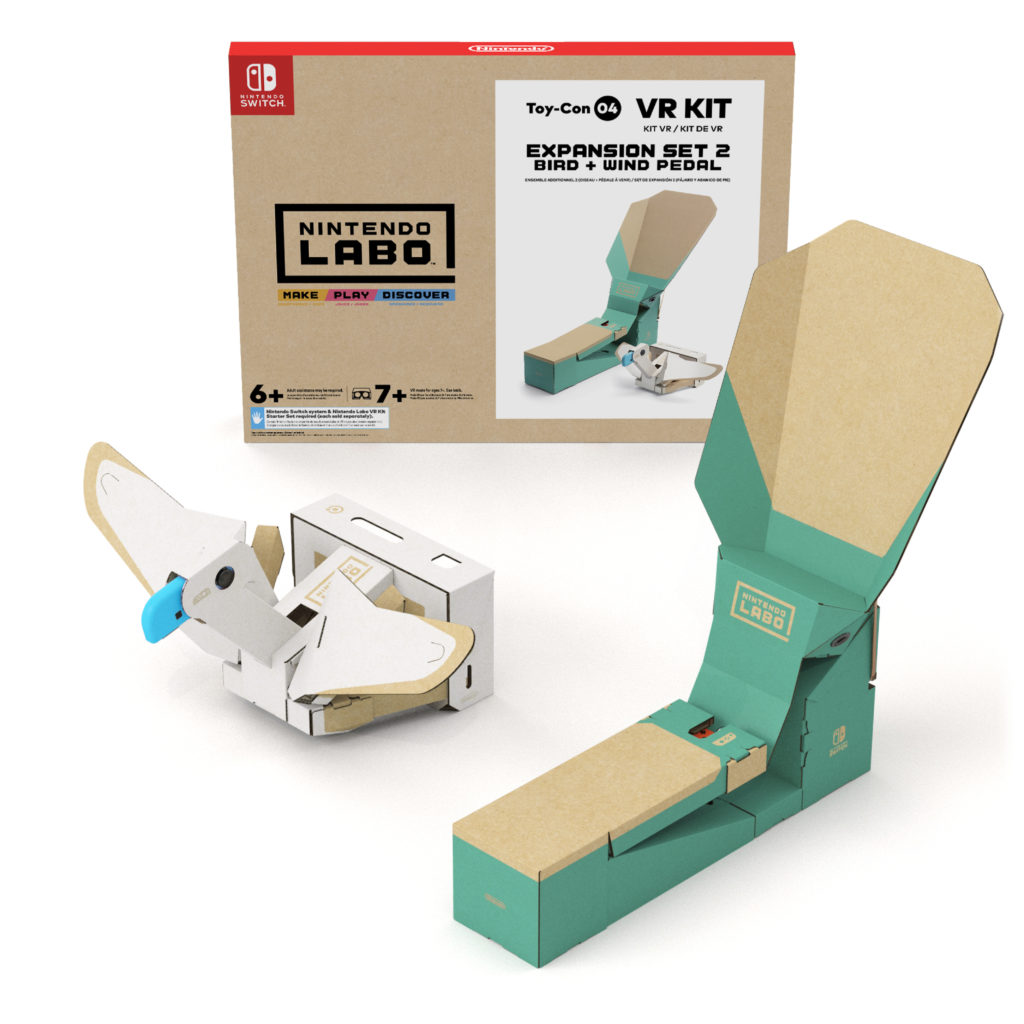 “Nintendo Labo is inherently designed to encourage imagination and creativity in people of all ages by blending real-world and virtual experiences,” said Doug Bowser, Nintendo of America’s senior vice-president of sales and marketing. “This new kit takes that concept a step further by layering in virtual reality to bring the Toy-Con creations to life and encourage family-friendly, pass-and-play experiences.”