From October onwards, the Klingon Bird-of-Prey expands the Playmobil Star Trek universe and takes all fans on a journey through time. It is the authentic replica of the HMS Bounty, as she was christened by Dr. McCoy. On board: the notorious Klingon, Commander Kruge and his crew, Officer Maltz, Torg and other Klingons. The heavily armed battleship of the Klingon Defense Forces and its crew under Kruge hijacked the Enterprise and were destroyed with it shortly thereafter. After Admiral Kirk defeats Kruge, he and his crew take over the Bird-of-Prey.

The roof of the bridge is removable and there is room for two Klingons. The wings on the side of the spaceship can be angled into three different positions: for attack, flight mode and landing, with functioning cannons on the side. Light and sound effects from the series provide an authentic Star Trek feeling and various displays are available for the monitor. The power supply for the lighting is provided by battery or USB port.

“Space: the final frontier. These are the voyages of the starship Enterprise. Its continuing mission: to explore strange new worlds, to seek out new life and new civilizations, to boldly go where no one has gone before.” These words spoken by Spock, in the 1984 film “Star Trek III: The Search for Spock” still mesmerize the Star Trek community. It marks the beginning of the great Genesis Adventure and will be the last journey the crew takes on their beloved starship the Enterprise NCC 1701. To return to earth, the crew must board the vessel of the Klingon Commander, a Klingon Bird-of-Prey.

Playmobil  Star Trek makes it possible: stage the iconic battle between the U.S.S. Enterprise and the Klingon Commander or embark on completely new space adventures! 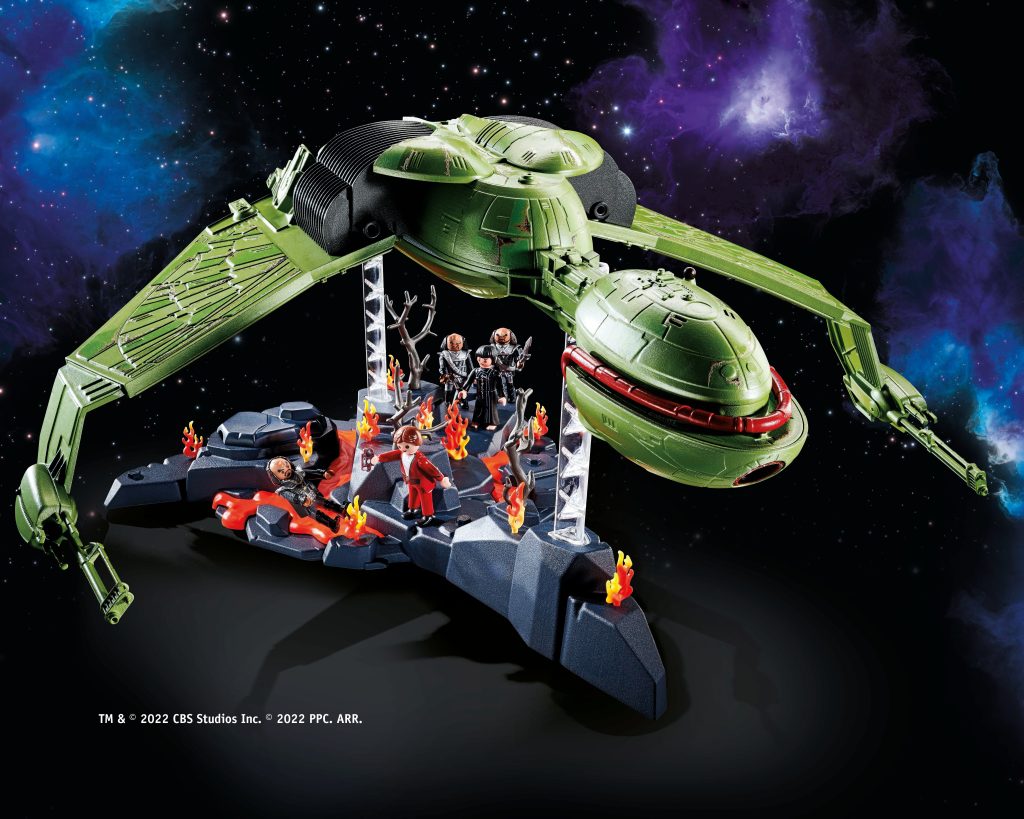