Super Nintendo World opens at Universal Studios Hollywood on Friday, February 17, so let’s take a closer look at the land’s exciting Power-Up Band, a fun interactive component designed to help guests level up their experience during their visits within the land.

These wearable wristbands sync with Universal Studios Hollywood’s official free downloadable app and function as a complement to the land’s many interactive elements. The Power-Up Band is available for purchase in six design options with character themes, including Mario, Luigi, Princess Peach, Yoshi, Toad and Princess Daisy; choosing a particular character also defines which Team guests will be a part of.

With the use of a Power-Up Band, guests can elevate the overall experience by competing against other teams to achieve the highest score throughout the day by collecting the most digital coins. To see who’s in the lead, guests can check their personal and team scores by linking the Power-Up Band to the app or by referring to the Checkpoint Screens located within the land.

When riding “Mario Kart: Bowser’s Challenge,” guests are encouraged to tap their Power-Up Band on the ride vehicle’s steering wheel. By doing so, they can track digital coins collected as well as gauge their ranking against friends and family, when synced to the official Universal Studios Hollywood app. The Power-Up Band will enable guests to enjoy “Mario Kart: Bowser’s Challenge” over and over again in an attempt to beat their best scores.

The Power-Up Band also unlocks additional gameplay activities and experiences, such as collecting digital coins and stamps when completing milestones within the land. Checkpoints positioned within Super Nintendo World will enable guests to track their status against others. Guests can also amass keys after winning Key Challenges from Goomba Crazy Crank, Koopa Troopa POWer Punch, Piranha Plant Nap Mishap and Thwomp Panel Panic – collecting at least three of them will ultimately allow access to the final boss battle with Bowser Jr.

While meet and greet interactions with Mario, Luigi and Princess Peach are accessible to guests visiting the land, the Power-Up Band may provide an enhanced experience with the characters. The Power-Up Band, however, isn’t a required purchase to enable guests to enjoy Super Nintendo World.

The February 17 grand opening of Super Nintendo World marks its official arrival to the United States. The all-new, innovative, immersive and highly-themed land debuts as a visual spectacle of vibrant colors and architectural ingenuity located within a newly expanded area of Universal Studios Hollywood.

Super Nintendo World will feature the groundbreaking “Mario Kart: Bowser’s Challenge” ride, as well as many thrilling and interactive activities designed to engage the entire family within the captivating Mushroom Kingdom. Along with themed dining at the Toadstool Cafe and shopping at the 1-UP Factory retail store, Super Nintendo Worldwill be an inspiring addition to the world-famous Universal Studios Hollywood theme park.

Super Nintendo World is conceived in partnership with Nintendo and the visionaries at Universal Creative to deliver exhilarating entertainment with innovative technological achievements inspired by characters and video games that have appealed to Nintendo fans for generations. 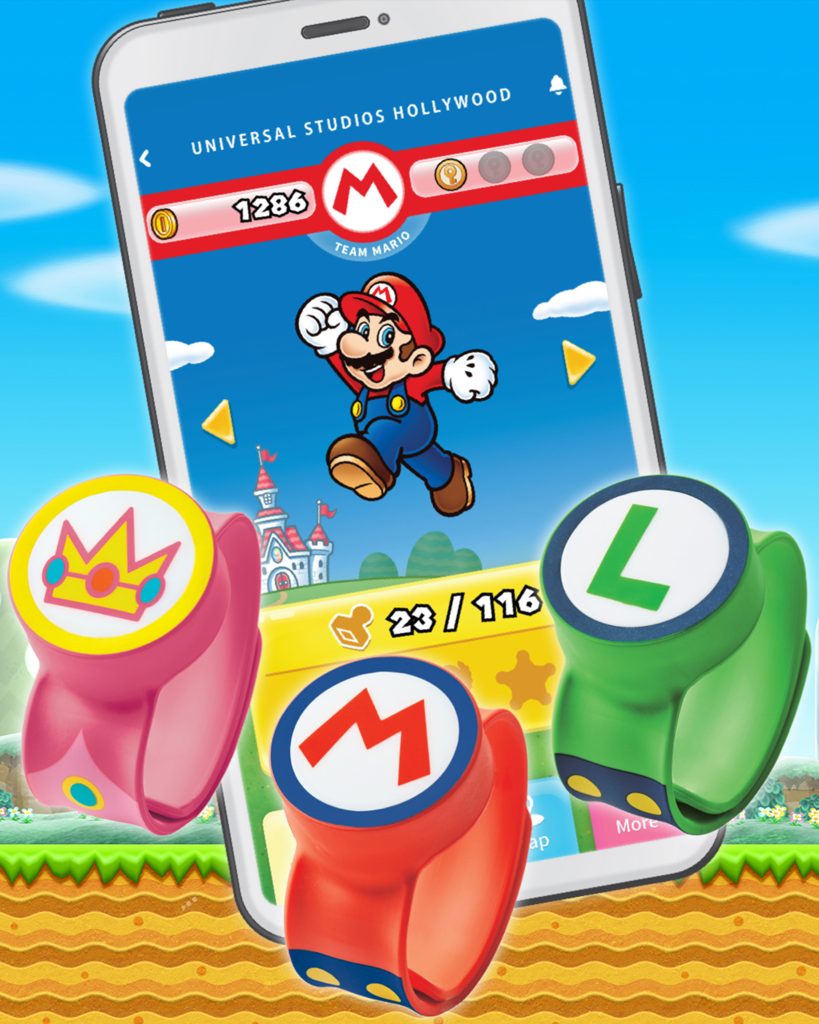