The global hit game features an all-new 8-bit design style for Disney’s iconic characters and was created in collaboration with Melbourne’s leading game studio, Hipster Whale. In Disney Crossy Road, players hop, dodge and slide their way through busy lanes of traffic. Since launching one year ago, the game has been downloaded more than 31 million times and has garnered nearly 170 billion in-game steps taken.

The initial collection includes collectible micro figures, backpack hangers and plush, and features a large number of Disney and Pixar characters featured in the app. These include characters such as Mickey Mouse, Donald Duck, Buzz Lightyear, Simba, Baymax, and more. The collection will be available at select retailers starting April 1. 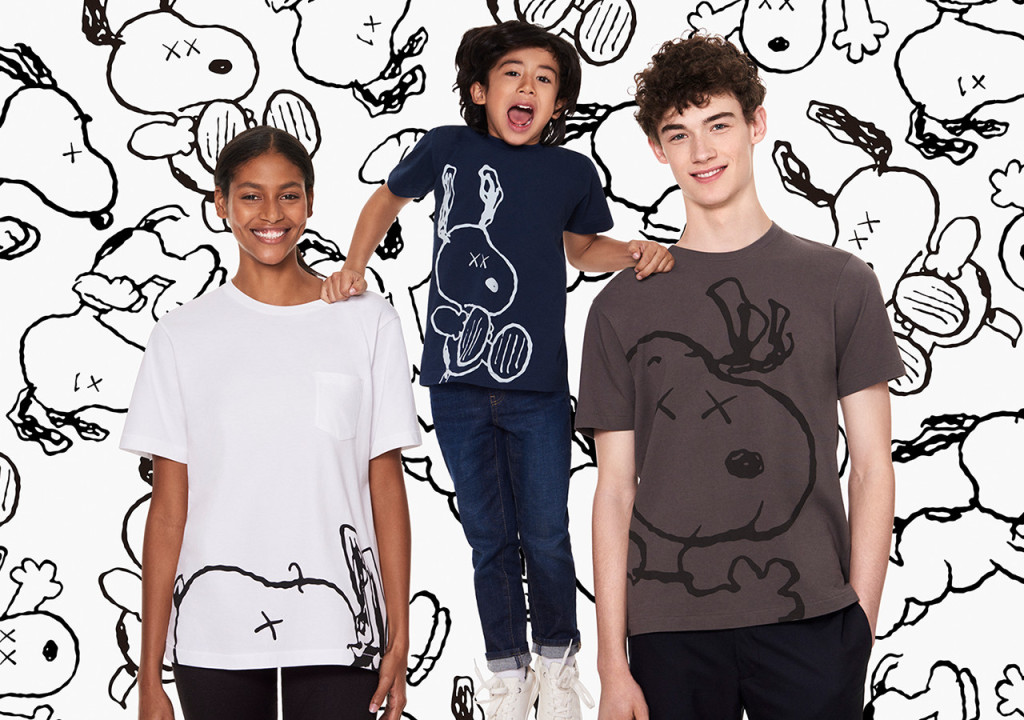 Peanuts Worldwide has teamed up with Brooklyn-based artist Kaws for a Uniqlo exclusive collection. The UT collection features Kaws’ unique renditions of the beloved comic strip Peanuts, such as Snoopy and other Peanuts favorites.

In the 26-piece collection, Kaws reimagines Snoopy as “Joe Kaws” and offers unique interpretations of other characters like Charlie Brown and Woodstock in bold graphical styles with a sophisticated humor. The collection includes T-shirt styles for men, women, and children as well as Snoopy plush toy, tote bags, and shoes.

The Kaws x Peanuts collection will debut at all Uniqlo locations throughout the U.S. as well as online, April 28.

Peanuts Worldwide is a joint venture owned by Iconix Brand Group and members of the Charles M. Schulz family.

Hulu will expand its growing kids library with content licensing agreements for the animated series Dot. from The Jim Henson Company, as well as Disney XD favorites Counterfeit Cat and Camp Lakebottom.

Hulu has acquired the exclusive SVOD rights to all episodes of Dot., based on the book of the same title by New York Times best-selling author and tech expert Randi Zuckerberg. The technology-themed preschool series has been a top performing franchise on Sprout since its launch last fall. The series features Dot, a tech-savvy 8-year old girl who launches herself into adventures about solving problems in the same way any 8-year-old would, by making mistakes and laughing along the way. All past episodes of Dot., produced by Industrial Brothers in association with The Jim Henson Company and the Canadian Broadcasting Corporation, will be available to stream on Hulu beginning April 15th.

Hulu has also acquired the exclusive streaming rights to all episodes of the animated comedy series Counterfeit Cat in a new deal with Wildseed Studios and Tricon Kids & Family. Following its successful first season in the U.S. on Disney XD, all episodes of Counterfeit Cat will debut on Hulu on March 17th. Counterfeit Cat follows the story of an unconventional friendship between a lazy, selfish house cat and an excitable, naive alien with a mysterious destiny and a homemade purple cat suit.

All past episodes of 9 Story Media Group’s global hit series Camp Lakebottom will also be available to stream April 8th, only on Hulu. The previously-announced deal grants Hulu the exclusive U.S. streaming rights to the series, which originally premiered in the U.S. on Disney XD. Camp Lakebottom is an animated children’s series (ages 6–11) about 12-year-old prankster McGee, who was headed for Camp Sunny Smiles when his bus took a wrong turn and landed him at old, run down and spooky Camp Lakebottom.