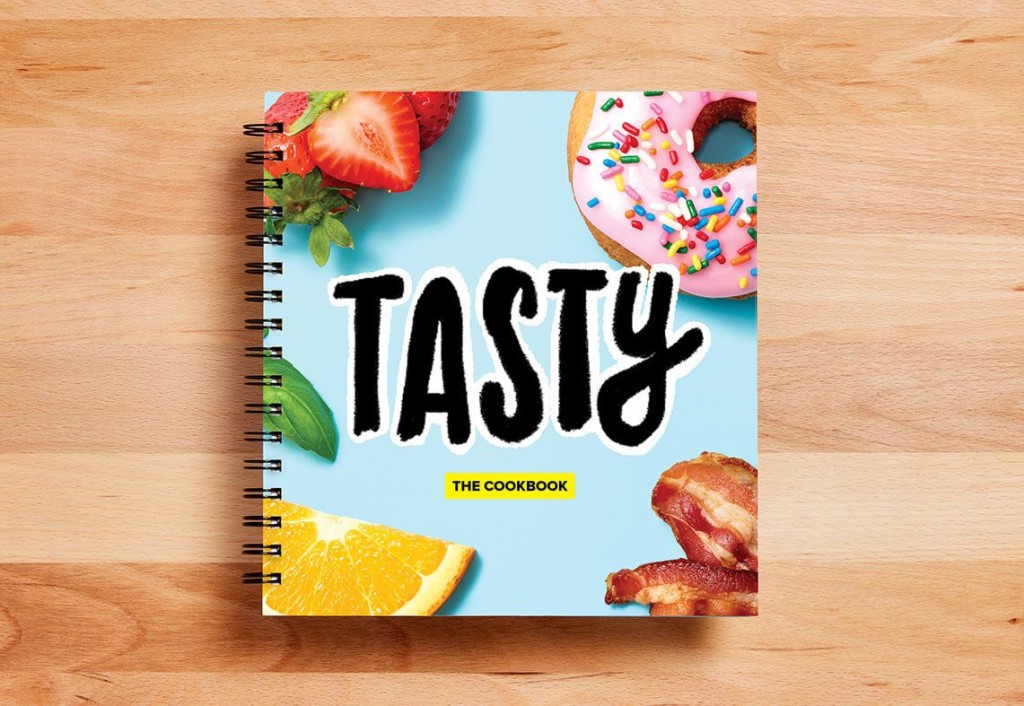 Clarkson Potter, a division of the Crown Publishing Group, will publish Tasty Latest & Greatest: Everything You Want to Cook Right Now, the first cookbook in a multi-book deal, with BuzzFeed. The book will be released simultaneously in the U.S., Canada, and the UK in print and digital formats on December 12, 2017. A second book, based on recipes for the Tasty One Top, the smart induction cooktop, will be published in February 2018.

In Tasty Latest & Greatest, the creators of the cooking brand bring readers more than 80 recipes, which have risen to the top—powered by shares with friends, likes, and comments. Whether it’s a trendy dish such as a pastel glitter-bombed unicorn cake or a classic lasagna, every recipe in Tasty Latest & Greatest seeks to offer easy-to-understand step-by-step directions for beginners and experienced chefs alike.

Launched in 2015, Tasty has attracted more than 65 billion video views and is one of the biggest franchise on Facebook, reaching one in four users every month. It has studios in Los Angeles, New York, London, Paris, Berlin, Mexico City, and São Paulo, and a full product line, including cookbooks, a smart appliance, a mobile app, and website.

Potter’s Senior Editor Amanda Englander acquired world rights from Eric Karp, head of licensing at BuzzFeed, and she will edit the books.

Jakks will continue its long standing partnership to exclusively manufacture, market, and distribute to all retail channels Black & Decker-branded kids roleplay toys. In addition, a new program will be introduced of Stanley-branded kids products such as toy hand tools and power tools and toy workbenches at Walmart for this holiday season. All products will be available in the U.S. and Canada. 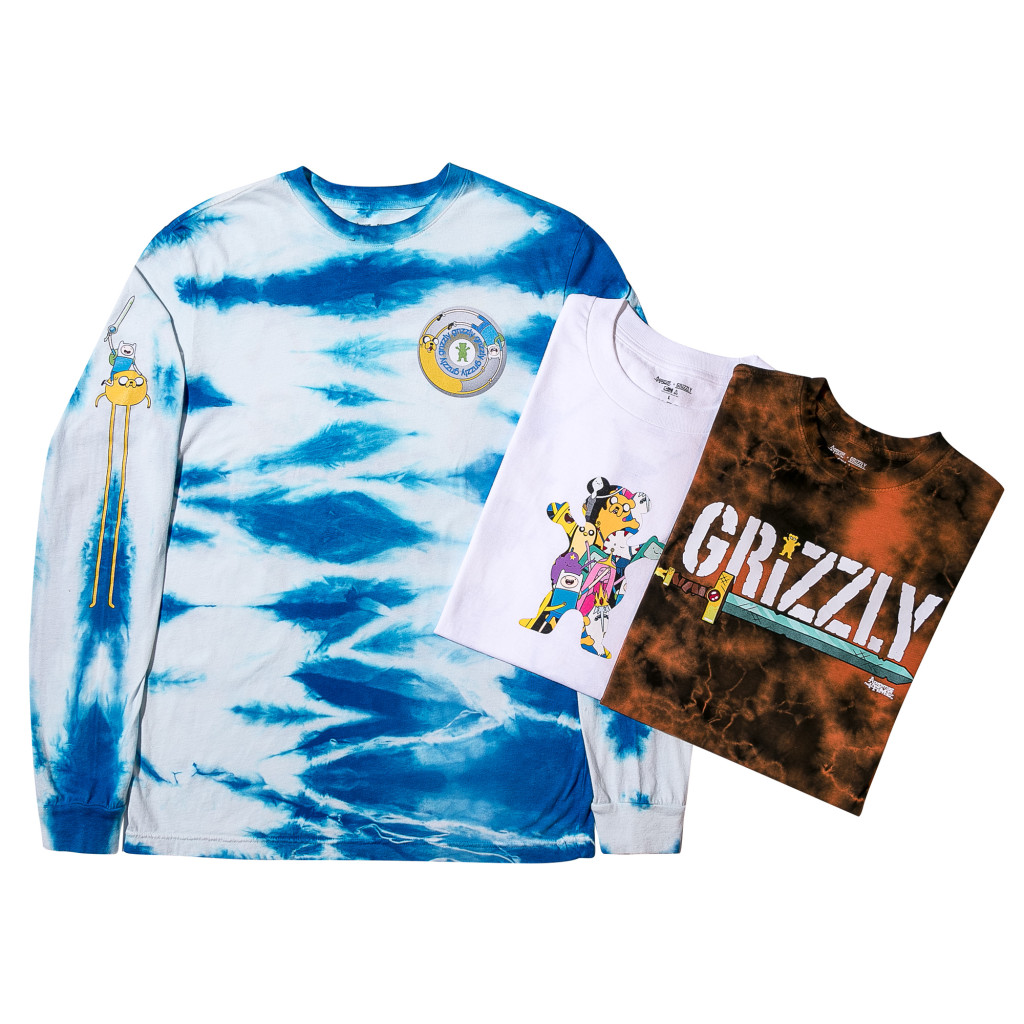 Inspired by Grizzly’s Bear logo and iconic imagery from Adventure Time, the line features Griptape in a variety of prints, a cruiser skateboard, and a broad assortment of apparel. The apparel includes headwear and adult- and youth-sized short sleeve tees, long sleeve tees, and sweatshirts featuring tie-dye, camo, and more. All items will retail between $15.00 and $80.00 and are available in store and online at www.grizzlygriptape.com as well as retailers worldwide beginning Thanksgiving weekend 2017.

As part of Sesame Street’s relaunch as Sésamo in Latin America, Sesame Workshop named Mattel its master toy licensee in the region.

Mattel’s toy line for Latin America will feature Elmo, Cookie Monster, and Abby Cadabby as well as Bert and Ernie for the first time. Focusing on early childhood development and learning through play, the line will be available in the region in May 2018. Products will range from figurines to feature plush.

As part of the licensing agreement, Sesame Street-branded Mega Bloks preschool sets will also be made available in the U.S., Canada, and Latin America beginning in spring 2018.

The rebranded Sésamo has launched new seasons in both Spanish and Portuguese on key networks such as Mexico’s Televisa, Colombia’s Señal Colombia, and Brazil’s Gloob, TV Cultura, and TV Brasil. On the digital front, Sésamo can be found on Netflix, Playkids, and YouTube as well as its social media channels. 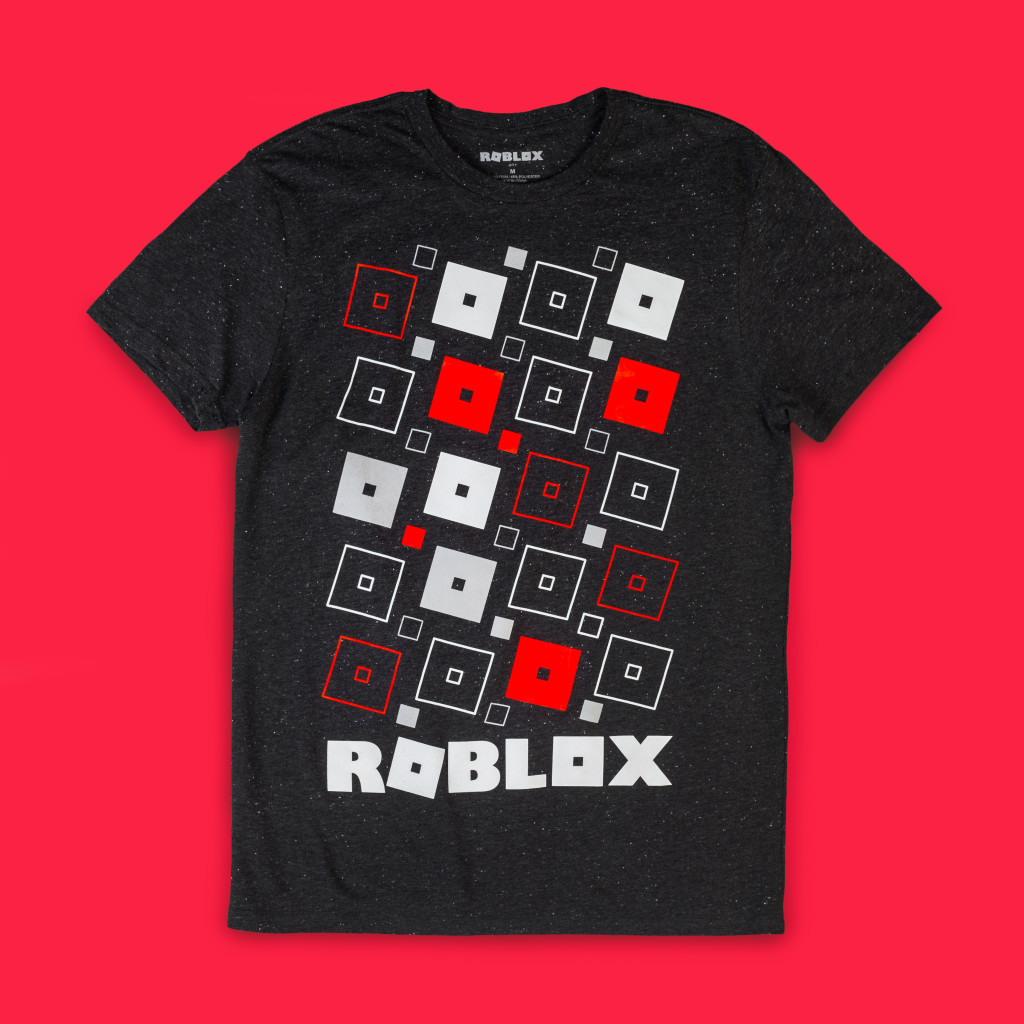 Roblox and Bioworld announced a partnership to create and sell Roblox-branded apparel in retail stores and online across the U.S. and Canada.

Arriving in stores later this fall, the Roblox-branded apparel will include shirts, sweatshirts, and more for fans of all ages with various products incorporating the Roblox logo, Roblox characters, and other Roblox assets. This expansion into toys, books, and now apparel also provides the Roblox developer community with broader ways to leverage their intellectual property beyond their game.

Roblox apparel will be available for purchase beginning later this month in Kohl’s stores nationwide and will expand to additional retailers later this year.

*NSYNC has joined forces with Epic Rights to develop a new line of high-quality branded apparel, accessories, gift and collectible products in celebration of the band’s 20th anniversary.

Among the licensing categories Epic Rights plans to develop for *NSYNC will be a retro line of 90s-inspired fashion apparel and accessories, collaborating with some of the era’s iconic fashion brands. Epic Rights will also focus on a line utilizing album covers, photos, logos, and iconic art for products such as fashion tops, T-shirts, accessories, electronics, seasonal and home décor as well as games, collectible figures, slot machines, and more. Epic Rights will also manage the group’s online presence and official website promotions.

Over a five-year period, *NSYNC performed over 350 concerts to sold out crowds around the world. The band’s No Strings Attached Tour sold more than one million tickets on the first day of sales and the tour sold out entirely in five days. *NSYNC now nears the 20th anniversary of its first studio album, the self-titled *NSYNC, and prepares to be honored with a star on the Hollywood Walk of Fame.

Additional details for Harry Potter: Wizards Unite will be announced in 2018. For more information, visit www.harrypotterwizardsunite.com.

PetSmart and Ellen DeGeneres announced the launch of the ED Ellen DeGeneres Winter Collection for pets with a ski theme including scarves, sweaters, and outerwear as well as festive toys.

The ski-themed items include a ski lodge hut pet bed; plush toys featuring ski goggles, St. Bernard dog, skiing bear; and apparel such as the Augie ski dog hoodie featuring a dog on a pair of skis. Classic items like the red buffalo plaid scarf dog collar, festive red crew-neck sweater, and shearling-lined quilted barn coat all include the scripted “Love” and “Joy” design elements, a feature in many of the ED Ellen DeGeneres apparel designs.

A focal item in the collection will be a winter accessory set with its coordinating leg warmers, a neck-warmer style scarf, and pom-pom hat done in brown knit with pops of red.

In Madballs Arcade, kids have the opportunity to win Madballs blind bags, wall graphics, stickers, magnets, and lenticular postcards by playing the game. Prizes and shipping are free of charge, and many of the prizes are limited quantity items only available via the app, encouraging collectors to play in order to obtain the rare items.

Madballs Arcade is free-to-play and is built around the world of Madballs. Real prizes, awarded, and shipped for free are fulfilled every day. With three ways to win and early promotional prizes to be given away just for completing onboarding, children have multiple opportunities to win.

Madballs Arcade complies with the Children’s Online Privacy Protection Act (COPPA) and is available for iOS and Android.

The World of Eric Carle Expands in Oz

In Australia, The World of Eric Carle continues to grow its multi-category infant program at Big W with the launch of a new apparel collection. Big W has supported the World of Eric Carle since spring 2017 and this will be the third collection to launch at the Australian retailer. The collection utilizes Carle’s artwork to create an on-trend line for newborns and infants that includes layettes, playwear, and more. The range is supported with in-store signage, catalog placement, strategic social media posts and influential mommy blogger features.

One Entertainment, Club América Team Up

Club América, one of Mexico’s leading soccer clubs, is teaming up with One Entertainment for a licensing partnership throughout North America.

Based in México City, Club América competes in Liga MX, the top professional league in the country. The club is looking to expand on its success in Mexico and plans to develop its brand in the North American market.

Club América products will be debuting this holiday season.