The Genius of Play announced its educational program collaboration with Scholastic. The program aims to help parents and elementary school teachers nationwide learn about the skills and benefits of play for children in grades 2-5. Parents and educators can access resources, activities, and more at Scholastic.com/thegeniusofplay.

The Genius of Play experts suggest that children have a balance of indoor and outdoor play, quiet and active play, traditional and digital play, and activities done alone and in a group, as play is critical to a child’s learning, success, and well-being. The organization’s joint collaboration with Scholastic will offer parents and educators a digital destination featuring printable activities for school and home, as well as resources, ideas, research, and more information from TheGeniusofPlay.org.

The website also provides teachers with suggested lesson plans featuring ways to incorporate play into classrooms while meeting higher academic standards, with a focus on activities that enhance literacy and math skills. Parents will have access to take-home print materials with play ideas for busy days and suggestions of new games to try both indoors and outdoors.

As part of the 2018 Colors of Caring campaign, the Care Bears partnered with ice cream sandwich franchise CREAM (“Cookies Rule Everything Around Me”) for two exclusive ice cream sandwiches, available now through the end of March at select CREAM locations nationwide.

CREAM will also give away limited-edition Care Bears’ trading cards with purchase of the specialty sandwiches. Fans are encouraged to collect each of the eight cards, which will be distributed at random and only available at select CREAM locations.

To celebrate the collaboration, Care Bears and CREAM are hosting a kick-off event on Wednesday, March 7 at CREAM’s North Hollywood location. Games, giveaways, and a special celebrity appearance are to be expected.

Sixty years since Bobby Helms first topped the music charts with his No. 1 hit and multi-million-seller song title, “Jingle Bell Rock.” Bobby hails from the 200-year-old state of Indiana as one of the most celebrated Hoosiers Recognized by the Rockabilly Hall of Fame. The “Jingle Bell Rock” song became a hit and was played and danced to on Dick Clark’s teen dance show “American Bandstand” in 1957. It spent 21 weeks on the Billboard charts, as the record gained Gold Disc status. This multi-million record recording has been on the playlist in Home Alone 2, Mean Girls, Lethal Weapon and other films.

“Jingle Bell Rock’ remains one of the most iconic and played holiday tunes and we noticed there was a lack of product in the gift and toy market,” says Neal Hoffman, CEO of Monkeybar Consulting and creator of the Shark Tank product sensation, Mensch on a Bench. “I thought why not make a fun novelty item called The Jingle Bell Rock, to play the tune and bring something new and collectible to consumers.”

Hoffman partnered with his longtime friend and musician, Lee Shapiro, formerly of The Four Seasons, to re-record the Helms’ song playing in the toy. “We’ve got a really exciting product with such a talented and creative team,” says Alita Friedman, CEO of Alita’s Brand Bar, licensing agent for the Bobby Helms’ trademarks. 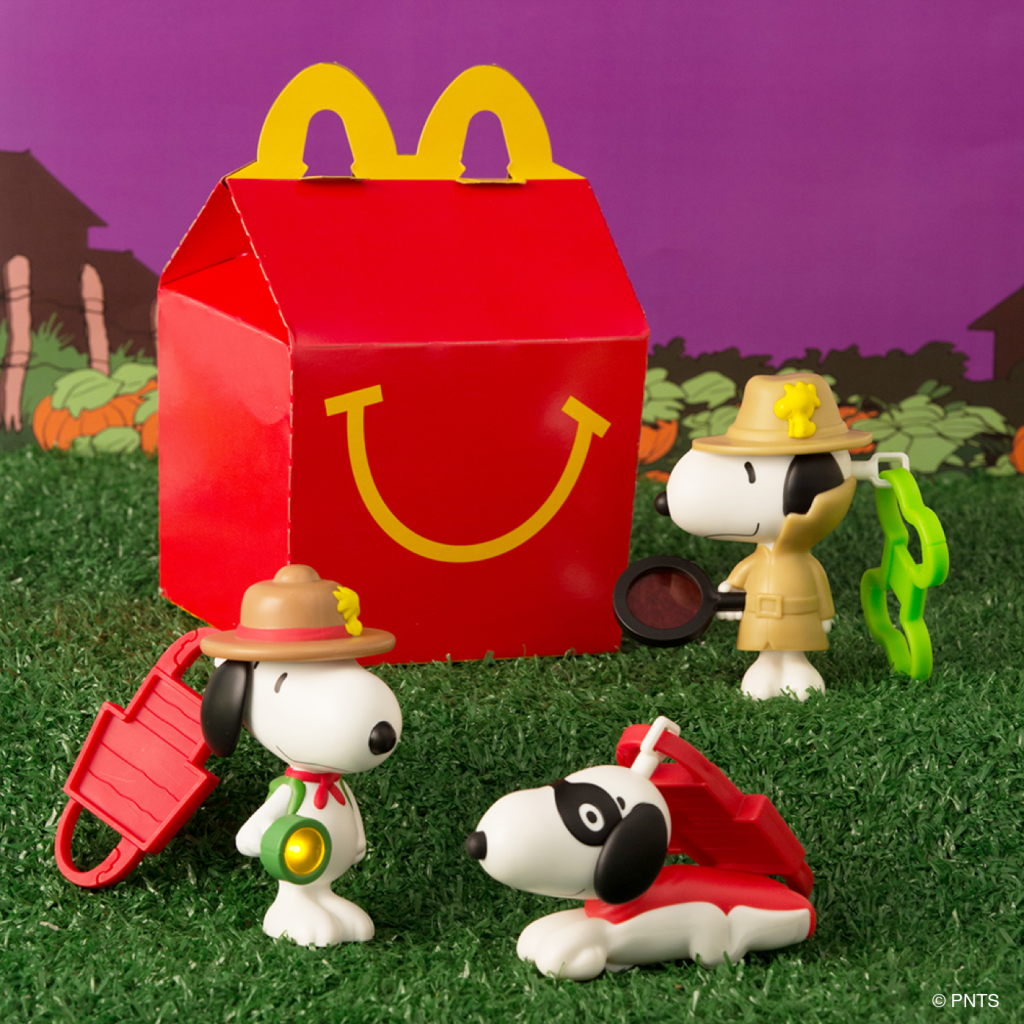 Peanuts Worldwide has announced new collaborations with McDonald’s and Levi’s.

Peanuts and McDonald’s unveiled a set of collectible Snoopy toys in Happy Meals around the globe. Snoopy will be available in a variety of personas, from The Masked Marvel to the World War I Flying Ace, from Beagle Scout to Secret Agent Snoopy, and beyond.

Each toy features a hands-on Snoopy activity and comes with a clip so it can be hung on bags and belts. Taking it up a notch, the toys can also be scanned using a smartphone or tablet to unlock exclusive online Peanuts content on the free McPlay app. With Snoopy as their online video guide, children can become entertainers, cartoonists, and inventors, among other creative roles.

The Snoopy McDonald’s Happy Meal program has started to roll out in more than 30,000 McDonald’s in the US.S. In addition, the program is available in millions of McDonald’s in territories throughout Europe, Asia-Pacific, Latin America, and the Middle East, where there is some variety in the range of personas available.

The new Levi’s x Snoopy Collection is a SS18 men’s and women’s capsule collection that includes apparel and accessories featuring the world’s most famous beagle showing off his happy dance, his Joe Cool swagger, and his doghouse lounge act alongside the classic Levi’s logo. The Levi’s x Snoopy Collection will be available online at levi.com and at brand stores around the world.

The Peanuts characters and related intellectual property are owned by Peanuts Worldwide, a subsidiary controlled by DHX Media and the family of Charles M. Schulz.

Microduino has tapped Child’s Play Communications to manage its media relations in support of its Microduino products.

Microduino is an electronic building blocks manufacturer and STEM/STEAM learning tools provider. Microduino’s magnetic modules can be assembled in an infinite number of configurations. By simply stacking the LEGO-compatible modules together, kids can create designs with a range of features including flashing lights, sounds, movement, and more. Kids can apply ready-to-use code or create their own code, using any variety of Arduino compatible editors, to create projects such as drones, robots, and IoT devices. 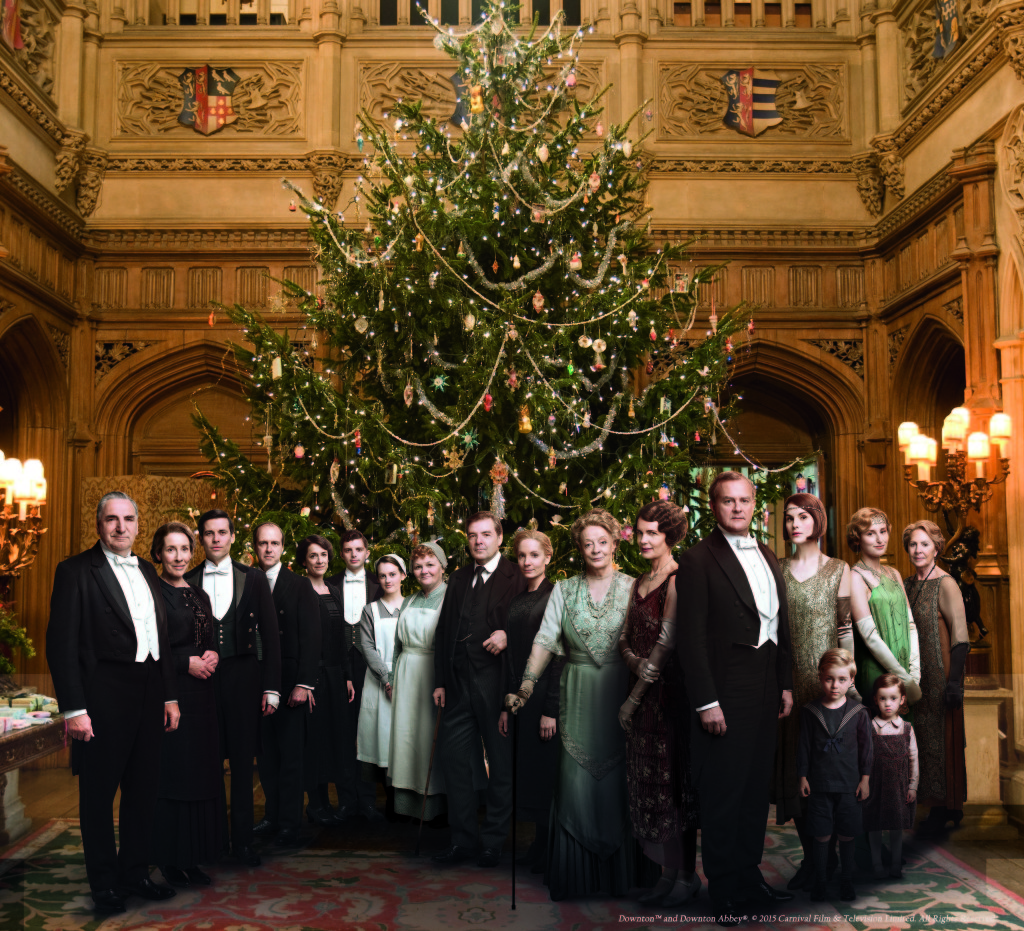 The new range, which will cater to every personal occasion, plays on the themes of the show’s six-season run. The series was full of one-liners and quotes that translate to greetings that can be shared and enjoyed by fans.

The American Greetings deal was brokered by Spotlight Licensing and Brand Management, the agency appointed by NBCUniversal International Studios to oversee the Downton Abbey licensing program throughout North America.