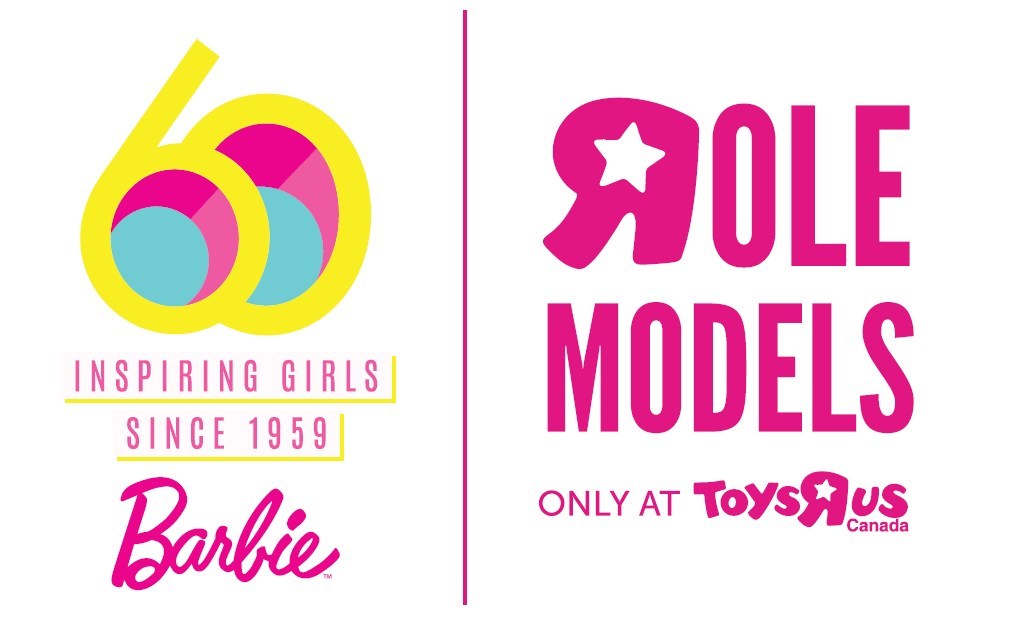 Leading up to the brand’s 60th anniversary in 2019, Barbie kicks off its Canadian celebrations with an exclusive program in partnership with Toys “R” Us Canada.

Throughout the 60-week partnership, Barbie and Toys “R” Us Canada will highlight, showcase, and celebrate a diverse group of 60 women and girls who exemplify the Barbie You Can Be Anything mantra through to the end of 2019. Each week, a new role model will be featured online and in-store at the 82 Toys “R” Us Canada locations from coast-to-coast.

In past years, Barbie brought the You Can Be Anything program to life in Canada by enabling girls to live out their career dreams through one-on-one, in-person learning events. Last year, five girls experienced individually-tailored professional experiences with mentors including celebrity chef and co-owner of CHARCUT, Connie DeSousa, and farmer and international director of the Global Farmer Network, Cherilyn Nagel, who will both be highlighted as 60th anniversary Role Models this year.

As a taste of what’s to come, Barbie’s 60th anniversary celebrations will also include in-store play events at Toys “R” Us stores, where kids can participate in themed Barbie activities, unique demos and Snapchat filters. Special promotions and limited-edition Barbie merchandise will also be available for purchase, including apparel, luggage and accessories.

Barbie’s official 60th anniversary lands on March 9, 2019, and the celebrations will continue all year long with events, consumer contests and female-forward content. Additional Role Models who will be highlighted at Toys “R” Us locations in the coming weeks include singer/songwriter Sarah Webber, professional soccer player Ashley Lawrence, and Diana Legacy Award recipient Faith Dickinson among others.

Canada is the first country globally to kick-off Barbie 60th anniversary celebrations and will continue to share content throughout the year on the Barbie Canada Facebook page. Role Models will be featured here weekly and monthly on the Toys”R”Us Canada Instagram account. Additional information about Role Models and Barbie Career dolls can be found in-store or online at http://toysrus.ca/BarbieRoleModels.

Nickelodeon has entered an exclusive first-look deal with comedian, actor and television personality Kevin Hart and his production entity, HartBeat Productions. Hart will develop and produce live-action, scripted kids’ content for the network through HartBeat.

Hart is no stranger to Nickelodeon and its audience, having garnered numerous Kids’ Choice Awards nominations and wins. In 2014, Hart won for Favorite Funny Star. In 2017, he took home two awards in the categories of Favorite Villain and Most Wanted Pet (Snowball, The Secret Life of Pets), and one for BFFs (Central Intelligence). 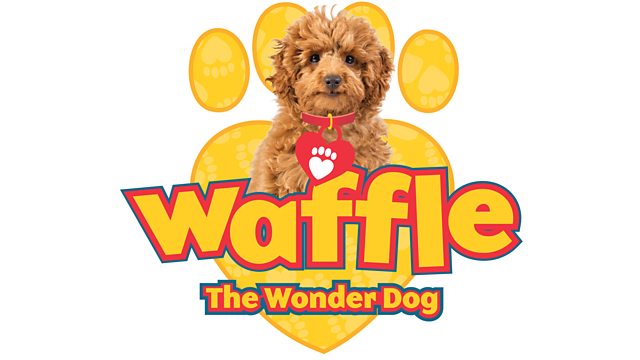 CBeebies commissioned a second season of its preschool series Waffle The Wonder Dog. A further 30 x 11-minute episodes (including a Christmas special) are already in production with broadcast scheduled in 2019.

Aimed at ages 4–7, the first series of the comedy drama premiered on CBeebies earlier this year, consistently winning its slot and garnering more than 20 million views on BBC iPlayer.

The commission of the second season follows the recent appointment of Golden Bear as master toy partner with a brand new range of plush toys launching in Q4 2018.

Offering opportunities for multi-category licensing, the company’s franchises of the future feature thrilling gameplay, linear storytelling, esports and consumer products for its global audience of more than 352 million gamers and fans.

In collaboration with a number of global partners, including Hasbro, Nerf and LEGO Group, ABCPG’s Overwatch partnerships include a wide range of ways for fans to interact with the franchises, including apparel, collectibles and toys, among other categories and partnerships yet to be announced.
With the Funko partnership, ABCPG expanded offerings to now include products within Funko’s flagship Loungefly brand, as well as plush, apparel and home decor products. Additionally, ABCPG is working with Good Smile to expand its core product offering and launch the company’s first ever Blizzard exclusive this fall.

With the introduction of new partnerships such as BAIT, Supra, Hype and New Era, and adding to preexisting partners including Mattel, Astro and Kontrol Freek, the Call of Duty community can interact with the franchise 365 days a year. Fans can look forward to more premiere, fashion-forward brand collaborations in celebration of and following the release of Call of Duty: Black Ops 4.

With the release of Destiny 2: Forsaken, Bungie introduces new partnerships with Gaya Entertainment and Level Up Wear to expand product offerings internationally, in addition to book publishing with Blizzard Entertainment. Bungie’s latest book published in partnership with Blizzard Entertainment, Destiny Grimoire Anthology, Vol. I, is available for preorder now with foreign language editions and more titles to be announced soon. The merchandise program is seeing international growth with the recent appointment of Bits and Pixels as the licensing agency for the EMEA territories.

Shout! Studio to Handle Then Came You North American Distribution

Shout! Studios, the multi-platform filmed entertainment distribution and production arm of Shout! Factory, has secured all North American distribution rights to Then Came You,  a coming-of-age story from BCDF Pictures and Voltage Pictures. This includes theatrical, VOD, digital, broadcast, and home entertainment for cross-platform releases in the U.S. and Canada. Shout! Studios plans a strategic rollout of the movie across multiple entertainment platforms, beginning with a theatrical launch early next year.

The film deal was negotiated by Jordan Fields and Vanessa Keiko Flanders, Shout’s vice presidents of Business Affairs, and Jonathan Deckter on behalf of Voltage Pictures.

Channel 4/Walter Presents (UK), ProSiebenSat.1 Media SE. and Polyband (Germany), Amazon Prime Video (France), MHZ (USA), My Nordic TV (China), Canal + (Poland) and Pop TV (Slovenia) have all picked up the rights to the first six 44-minute episodes of the thriller. The series is one of Viaplay’s most viewed series to date since its November 2017 launch.

As part of the UK deal with Walter Presents, the first episode of Alex aired on Channel 4 in September while other broadcast partners will roll out the series during 2018/2019.

A new season of Alex has also been commissioned by Viaplay with principal shooting, commencing at the end of 2018 with release planned for 2019.

Dragomir Mrsic (Easy Money, Edge of Tomorrow) stars as the hardened–and corrupt–cop Alex Leko, who finally decides to leave the underworld behind but his dark connections keep pulling him back. At the same time, Alex gets a new partner, Frida (Rakel Wärmländer) with a hidden agenda. In season two of the Viaplay original series both Leko and Frida return, with Maximilian Mrsic as Alex’s son Simon, and Anja Lundqvist as his wife Kim.

The series is based on an original idea from Dragomir Mrsic and Mikael Cross. Lead script writer is Frans Wiklund with Alain Darborg directing.

Alex is produced by SF Studios, producers Nicklas Wikström Nicastro (A Man Called Ove) and Niklas Larsson and co-produced with Gothenburg-based producer Film i Väst and UK based producer Nevision for Viaplay. The series is distributed internationally by About Premium Content and by Lumière in the Benelux area.