Food Truck Rush launched exclusively at the Family Fun Center in Tukwila, Washington this week and will be available for fans of all ages to play over the next three months. Food Truck Rush is a 2–3 player party game. Players transform into Panda, Grizz, and Ice Bear to operate and manage their very own food truck. The goal: cook up food and serve as many customers as possible before the clock runs out. Players will have to work together inside the WePlayVR arena to complete complex orders and avoid kitchen mishaps.

We Bare Bears is a BAFTA Award-winning and Emmy-nominated series about three brothers trying to fit in and make friends…which can be kind of hard to do when you’re a bear. Grizzly, Panda and Ice Bear are fairly savvy about the modern world: they’re masters of the selfie, fans of the food truck, and chasers of Internet fame. Yet, they have a lot to learn about the trendy residents that surround their humble Bay Area cave. Grizzly, the oldest bear, will lead his younger brothers, Panda and Ice Bear, with endless optimism that will only result in disaster, some of the time. We Bare Bears is created by Annie Award-winner Daniel Chong and produced by Cartoon Network Studios. 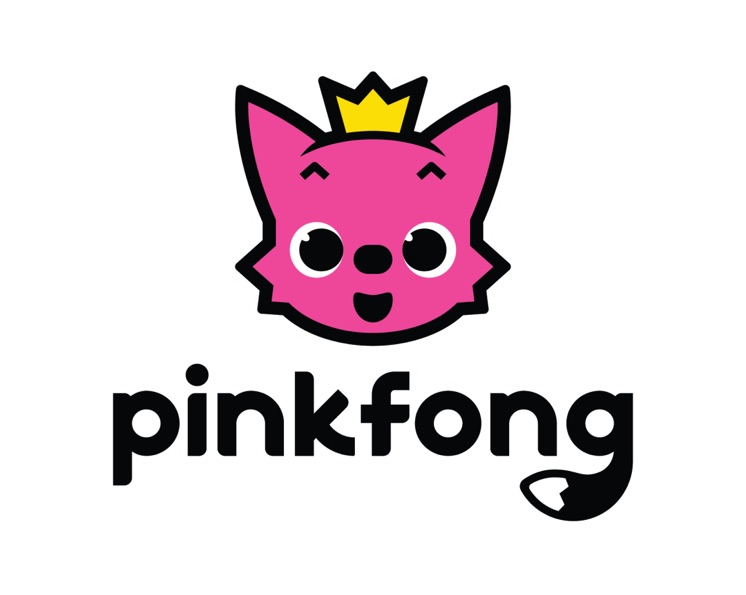 WowWee has entered into an exclusive licensing agreement with Pinkfong, a Korean education startup focused on preschool entertainment and unique content creation. Wowwee will launch a Pinkfong product line at retailers in fall 2019, inspired by Pinkfong content including its viral phenomenon “Baby Shark Dance”.

With more than 170 apps available in 112 countries and counting, Pinkfong has amassed more than 200 million global downloads, of which nearly 50 million are from the U.S. Its YouTube channel has close to 14 million subscribers with combined video views of over 10 billion and counting.

Pinkfong “Baby Shark Dance” video went viral beginning in Southeast Asia in July 2017 and has steadily increased in popularity, making its way recently to Europe and North America. To date, the video has over 1.6 billion views and counting. While the Baby Shark Dance video has achieved unprecedented virality, other top Pinkfong videos have garnered views in the hundreds of millions.

Robozuna is an action-packed Netflix Original animated series, a co-production between ITV Studios and KidsCave Studios. Fourteen-year-old Ariston and his robot Mangle join a team of robot gladiators known as “Combatabots” while fighting to free their oppressed nation from the evil Corvus Imperium. This original IP will launch across multiple platforms simultaneously this fall 2018, including linear broadcast on CITV and ITV in the UK, SVOD around the globe through Netflix, YouTube Kids with short-form content, and in apps and gaming in partnership with UK-based Kuato Studios. Global social media influencers Ethan Gamer and Ali-A both star in the series and will be involved on an ongoing basis in promotion as well as creating unique online content to supplement the series.

An extensive toy range has been developed and will initially include a range of battling robots from the show including collectible 2.5-inch Battle ‘n Stack Combatabots, five-inch Battling Feature Robots, Transporter Vehicle Playset, Role Play and 12-inch Mega Mangle Figurine. The toy line is planned for spring/summer 2019 following the series launch. Additional consumer products will roll out from fall/winter 2019.

Rubie’s Masquerade announced a new partnership with Epic Games to create a range of Fortnite dress-up for the European market, in a deal brokered by IMG.

The new Fortnite-branded collection will feature costumes, masks, and accessories.Launching this fall/holiday, the range will be available to purchase from a variety of online retailers. 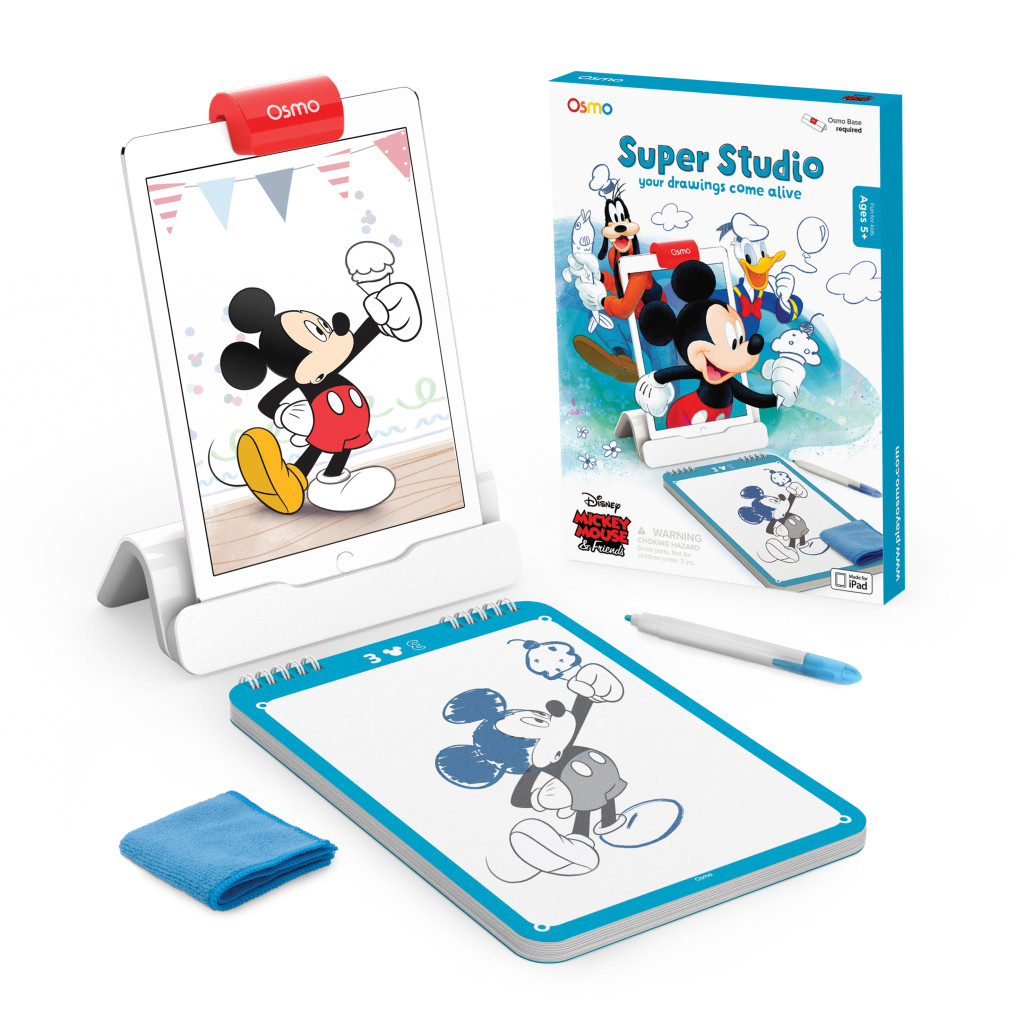 Kids guide the story in Osmo Super Studio by supplying Mickey Mouse and Friends with real-world drawings that are “pulled” into the story’s digital world and by answering yes or no questions. As the story progresses, characters ask for tools, toys, scenery, and snacks to bring into their world.

Osmo’s proprietary Reflective AI technology, that allows the iPad’s camera to “see” physical objects in front of it, is at the heart of this Reflective Animation experience.

Check out our full review of this new product on TTPM.com.

Sony Electronics revealed plans to offer a special First Litter Edition of its aibo autonomous robotic “puppy” companion in the United States. Following the recent reintroduction of aibo in Japan, Sony’s First Litter Edition for the U.S. will be a limited, all-in-one aibo bundle that includes the aibo, a three-year AI Cloud Plan, an assortment of aibo toys, and an individually numbered commemorative dog tag.

First introduced in 1999, the latest design of aibo is the sixth generation of Sony’s companion robot. Unlike previous versions, it pairs cutting-edge robotics with a new, cloud-connected artificial intelligence (AI) engine and advanced image sensors, giving aibo the ability to learn and recognize faces. As aibo interacts with people over time, it develops its own unique personality through everyday interactions, enabling it to remember what actions make its owner happy and form a deep bond with members of the household.

No two aibo companion robots are the same. Each owner’s approach to raising their aibo shapes its personality, behavior and knowledge, creating a unique environment for growth. In fact, aibo is able to learn new tricks through owners’ interactions, experiences with changing seasons and different events. Not content to sit and wait to be beckoned, aibo will actively seek out its owners and can recognize their faces. It can also detect words of praise and smiles, as well as react to being petted or scratched on the head.

Sony integrated a wide range of sensors, cameras and actuators to bring aibo to life. Ultra-compact 1- and 2-axis actuators give aibo’s body the freedom to move along a total of 22 axes. Its adaptable behavior is made possible through deep learning AI technology in the form of built-in sensors that can detect and analyze sounds and images. aibo’s whimsical body language is expressed through a combination of eye, ear, and tail movements, as well as different voice sounds. In addition, two OLED displays are utilized for aibo’s eyes and give the appearance of blinking and closing, allowing for diverse, nuanced expressions.

Like any pup, aibo enjoys playing with a variety of toys. Sony’s First Litter Edition aibo will arrive with a pink ball, an “aibone,” paw pads and charging station. Users can also interact with aibo through the My aibo1 2 app. In addition to accessing system settings and owner information, the app’s user interface allows owners to check out and share their aibo’s pictures, as well as add “tricks” to its repertoire.

The three-year AI Cloud Plan2 included in the First Litter Edition bundle enables aibo to upload its day-to-day life experiences to Sony’s leading-edge AI engine. This database of memories is accessed to form each aibo’s unique personality, which grows and evolves over time. The aibo AI Cloud Plan also enables users to enjoy the full range of aibo features via Wi-Fi connection at home or a mobile connection on the go.

aibo First Litter Edition with accessory bundle and three-year AI Cloud Plan will be available for purchase in this month at a suggested retail price of $2,899, with delivery in time for the holidays. Additional details will be announced in the coming weeks. aibo is on exhibit at Sony Square NYC through October 14. The exhibit is open to the public and is the only place to experience aibo before it goes on sale.