Hasbro will launch a range of new Nerf x Fortnite retail exclusives beginning October 1. Below is a breakdown of what items will be available at which retailers. 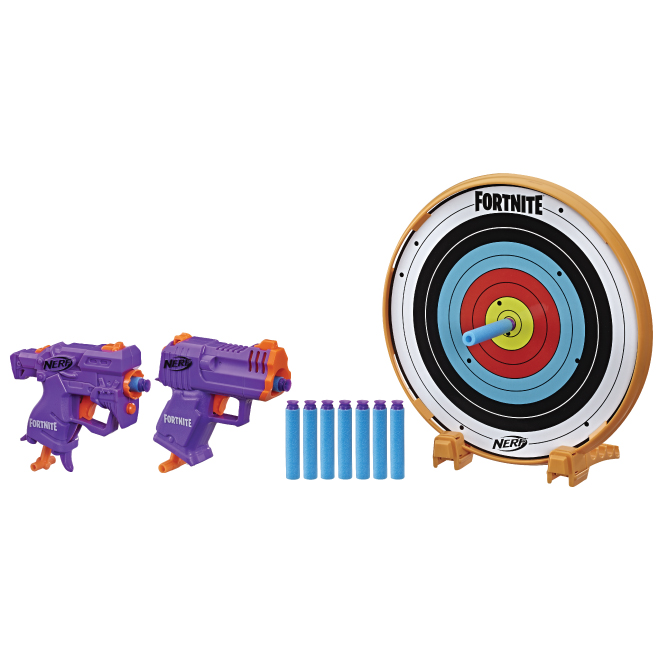 This set comes with two micro blasters, a target, and 10 NERF Elite suction darts. It includes a Micro TS-E blaster and the Micro HC-E blaster. Each holds one dart. The darts stick to the targets for score-keeping and target practice. 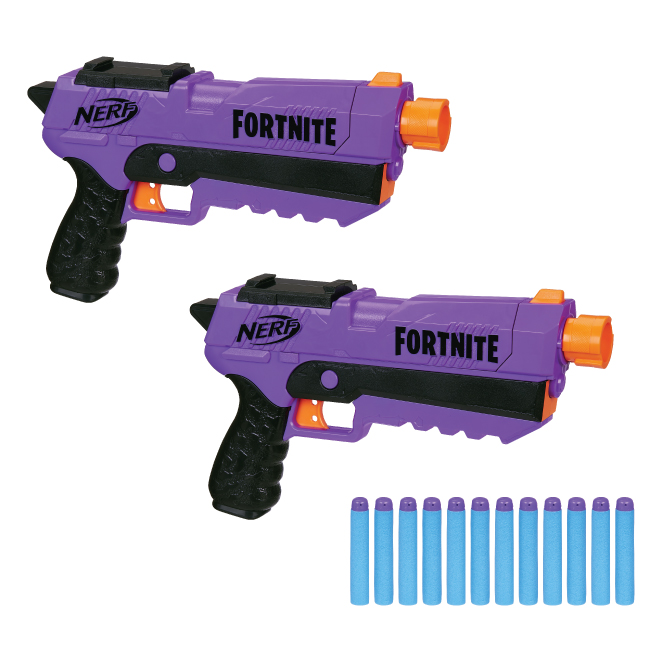 This set includes two DP-E blasters, each with an internal clip with a three-dart capacity. Twelve official NERF darts are included. 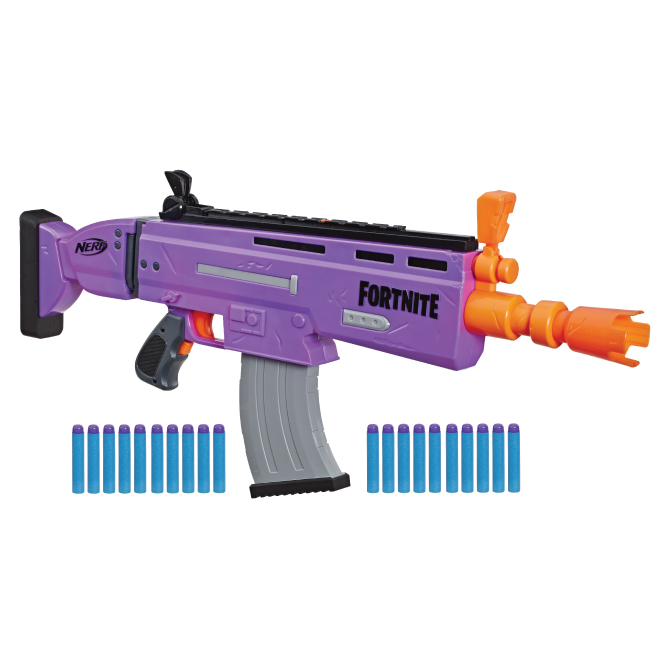 This motorized Fortnite blaster comes with a 10-dart clip and 20 official NERF Fortnite Elite darts so users can fully load the clip and still have 10 backup darts ready to reload. It also features two sights on the top of the blaster to align shots. 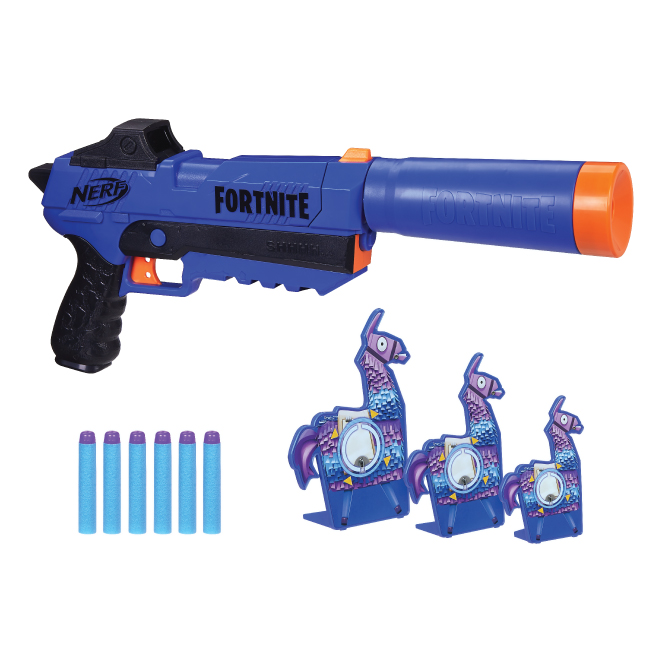 This pump-action blaster comes with three llama targets and six darts. The internal clip holds up to three darts, and features a detachable barrel for customizing the blaster. 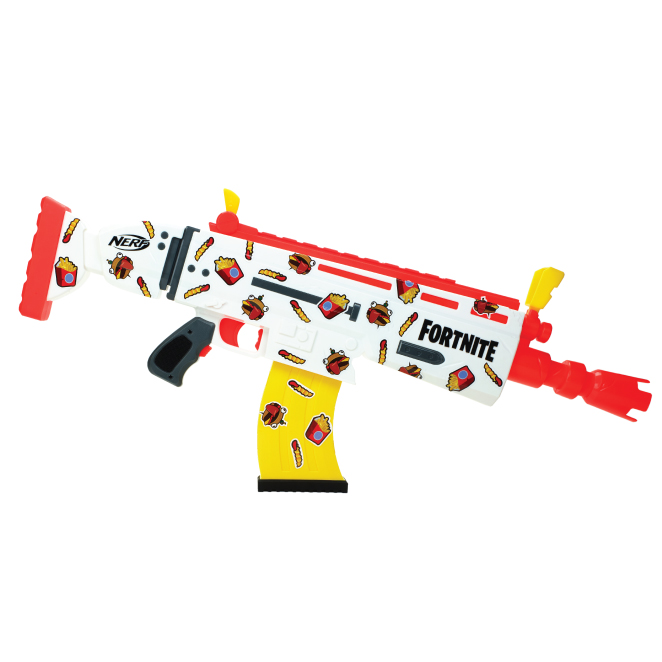 Create a DURRR Burger wrap by customizing this blaster with the included stickers. Then power up the motor with the acceleration button and pull the trigger to shoot one dart at a time. It comes with a 10-dart clip and 20 NERF Fortnite Elite darts—enough to fully load the clip and still have 10 backup darts ready to reload. Two sights on the top of the blaster help to align a shot. 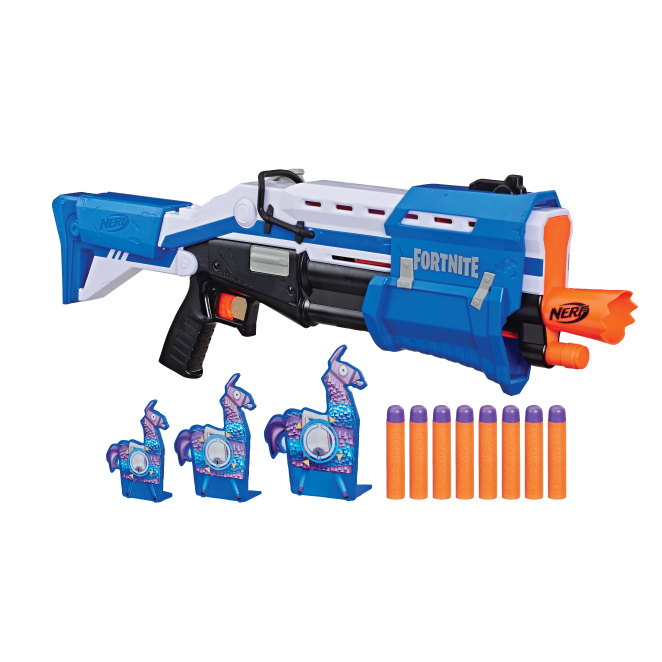 Load four darts into this pump-action blaster’s internal clip, prime, and pull the trigger to fire a dart. The stock has dart storage for four backup darts. Also included are three llama targets to take aim at for practice. 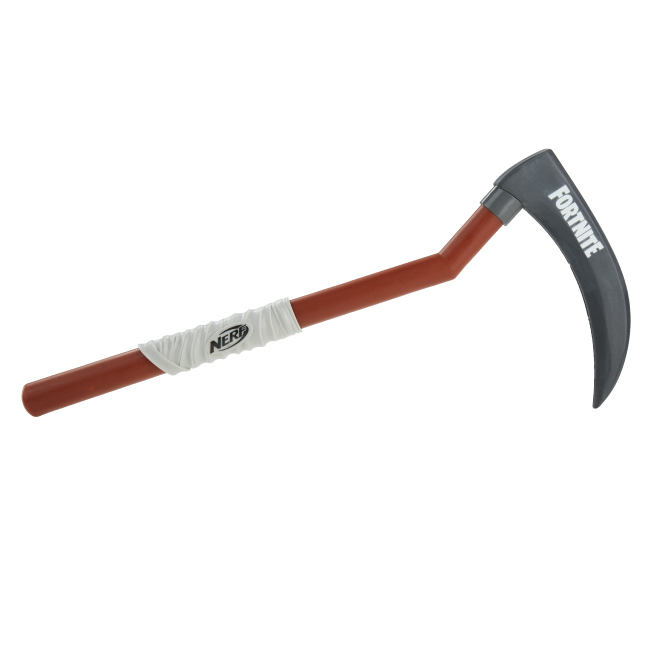 Available for preorder on Walmart.com beginning September 9, this Fortnite is inspired by the grim reaper’s scyth. It measures 23 inches from the tip of the handle to the top of the blade, and the blade is 11 inches long.