“Neil Friedman is unparalleled in this industry for his vision, experience, and track record of success,” said Michael Cornell, chairman of Alex Brands. “With our newly opened worldwide headquarters, expansion into Europe and rapid growth to date, there truly is no one better suited to lead this company into the next phase of its evolution.”

Alex Brands recently announced the expansion of its operational footprint with the opening of a new worldwide headquarters and customer showroom in Fairfield, NJ; a state-of-the-art distribution center in Woodbridge, NJ; and expanded warehouse capacity in its Canton, MI, distribution center. Alex Brands is a portfolio company of Propel Equity Partners. 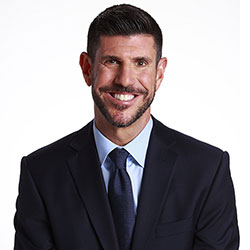 Ross joins Discovery from Shine America, where in his role as CEO since 2013, he drove the ongoing commercial strategy of Shine Group’s U.S. operations. He oversaw all aspects of Shine America’s production, distribution, and marketing of original programming across broadcast, cable, and digital platforms, including such programs as MasterChef and MasterChef Junior (FOX), The Biggest Loser (NBC), The Face (Oxygen), Restaurant Startup (CNBC), Fake-Off (TruTV), The Bridge (FX), Gracepoint (FOX), and the upcoming drama Utopia (HBO).

Marjorie Kaplan, who has served as interim president for the Discovery Channel, will continue in that capacity until Ross’s arrival in January 2015. She will continue to serve as group president of TLC and Animal Planet, and will add Velocity to the portfolio of networks under her leadership.