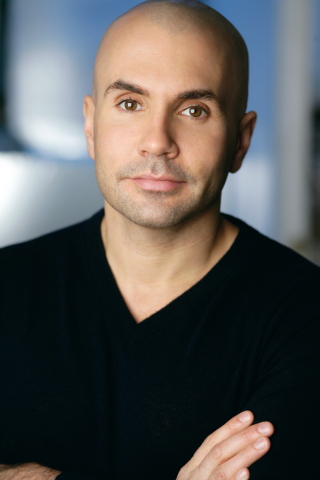 The new structure aims to streamline VMN’s operations, enhance the ability of Viacom’s network teams to coordinate scheduling and programming, share production and other resources, and leverage important talent relationships.

The Comedy Central, Paramount Network and TV Land group will be led by Kent Alterman, president, and Chris McCarthy will expand his current role of president of MTV, VH1 and Logo to now include CMT. Alterman and McCarthy will continue to report to CEO Bob Bakish. There are no changes to BET Networks or Nickelodeon.

With these changes, Kevin Kay will step down as president, Paramount Network, TV Land and CMT after a transition period. Kay’s achievements during his tenure at Viacom include overseeing a string of hits for Nickelodeon, such as All That, Kenan & Kel, and The Adventures of Pete & Pete as well as developing and greenlighting SpongeBob SquarePants. During his tenure at Spike, he oversaw the launch of The Ultimate Fighter, Lip Sync Battle, Bar Rescue and Ink Master as well as the expansion of Bellator.

More recently, Kay and his team successfully launched Paramount Network in January 2018. Paramount Network has achieved earlyratings success through the cinematic original series Waco and Yellowstone. In addition, since Kay gained oversight of TV Land and CMT in 2017, the networks have continued to grow their audiences through original series such as Younger, Teachers and CMT Crossroads.

Alterman has served as president of Comedy Central since 2016 after previously holding the position of president, original programming at the network. Since his return to Comedy Central in 2010, Alterman has prioritized attracting and nurturing top comedic talent, launching with his team Emmy Award-winning series such as Inside Amy Schumer, Key & Peele, Broad City, Drunk History and The Daily Show with Trevor Noah. Under his leadership, Comedy Central has extended the brand across new platforms and experiences, including the launch of a global podcast network and a 24-hour satellite radio station, along with Clusterfest, a three-day comedy and music festival. Comedy Central was one of only three top 20 networks to maintain or grow ratings among adults 18–49 across the recently-concluded fiscal year and has maintained or grown share for 18 consecutive months. Comedy Central streamed nearly 4.7 billion videos across digital and social platforms in FY2018, a year-over-year increase of +63 percent.

McCarthy was elevated to president of MTV, VH1 and Logo in October 2016 after serving as president of VH1 and Logo. In his tenure, MTV now is the fastest growing network in cable and No. 1 with its 18–34 audience, while VH1 is riding three consecutive years of ratings growth. Together MTV and VH1 boast 19 of the top 25 unscripted series on cable. At MTV, McCarthy has engineered the network’s longest streak of ratings growth in seven years with shows such as Siesta Key and Ex on the Beach, and reimagined franchises such as Jersey Shore and Floribama Shore. Under his leadership, MTV has built its social footprint to more than 350 million followers and doubled video streams in 2018, while launching the MTV Studios initiative to develop original series for partners across SVOD and premium TV. McCarthy is the recipient of multiple Emmys and a Peabody Award.