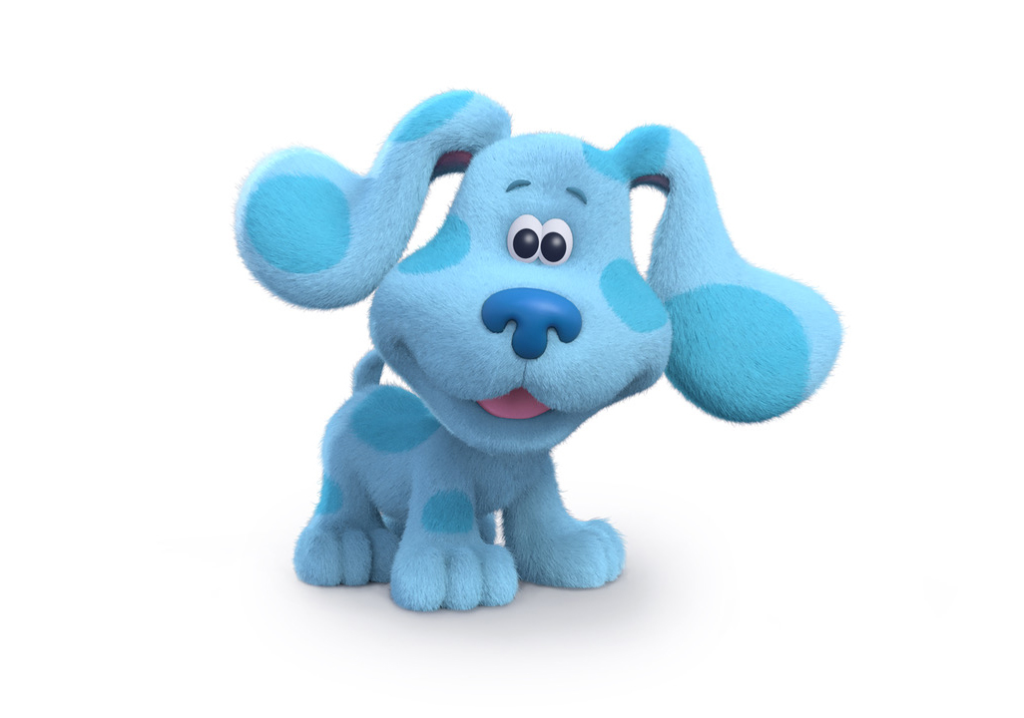 Nickelodeon will bring back the puppy Blue in a remake of its groundbreaking series, Blue’s Clues. Picked up for 20 episodes, the new Blue’s Clues will have a refreshed signature look and casting for the new host will begin this month, including an open call in Southern California on April 14. Production on Blue’s Clues will commence this summer.

“With Blue’s Clues, Nickelodeon launched what became TV’s first generation of interactivity for preschoolers and set the bar for quality, curriculum-driven shows we have made since,” says Cyma Zarghami, president, Nickelodeon Group. “The new, modern version of Blue’s Clues will capture all the original’s creativity and visual identity for a whole new audience ready for its fun adventures and expertly designed problem-solving curriculum.”

The new Blue’s Clues series centers on the energetic girl puppy Blue who invites viewers into her animated world to help solve the day’s puzzles with the help of a live-action host. Preschoolers are encouraged to interact with the action on-screen by answering questions, pointing out clues, and playing along.

The original Blue’s Clues series launched in September 1996 to critical praise from educators, parents and preschoolers and ran for six seasons. Created by Traci Paige Johnson, Todd Kessler and Angela C. Santomero, Blue’s Clues‘ interactive viewing helped change the way kids watch television and has remained one of the most popular preschool shows of all time. The series also explored advanced preschool subject matters such as sign language, geography, physics, emotions, and anatomy.

The classic Blue’s Clues library is currently available on NOGGIN, Nickelodeon’s video subscription service for preschoolers, and short-form content can be found on the Nick Jr. App and NickJr.com.

Nickelodeon also announced a 20-episode order for Pony, an original 2D-animated comedy that follows the life of an average girl, Annie, her (almost) average family and what happens when a talking pony comes to live with them in their city apartment. Pony is the first animated comedy series to be greenlit for the U.S. from Nickelodeon International. Created by Ant Blades, Pony is based off a short of the same name from Nickelodeon’s 2015 International Animated Shorts Program, a monthly themed outreach effort for original content to fuel its development slate. 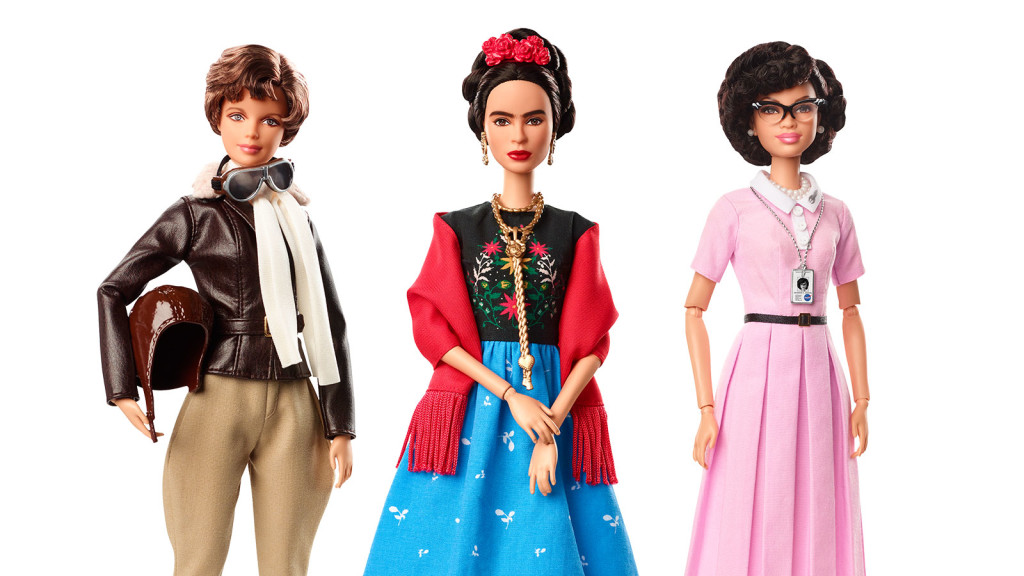 Ahead of International Women’s Day, Barbie is honoring 17 historical and modern-day female role models from around the world through its Shero program. These women who have broken boundaries in their fields and have been an inspiration to the next generation of girls with a one-of-a-kind doll made in their likeness. Global honorees announced include:

Mattel also introduces the Inspiring Women Doll series, a line of historical dolls that come with educational information about the contributions each woman made to society and their respective fields. The first three dolls in this series are:

Asking fans to share #MoreRoleModels, Barbie is sparking a global call to action by asking fans to tag and share the female role models that inspire them.

Barbie has previously honored women, including Ibtihaj Muhammad, Misty Copeland, Ava DuVernay, Eva Chen, and Ashley Graham. Through the program, which started in 2015, Sheroes are given the Barbie brand’s highest honor, a one-of-a-kind doll made in their likeness, in celebration of their roles. 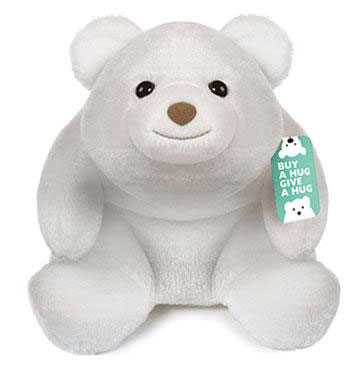 Spin Master announced the purchase of GUND from Enesco LLC, a portfolio company of Balmoral Funds, a private equity firm.

“GUND’s iconic portfolio of toys has won the hearts —and hugs— of children around the world for more than a century,” says Anton Rabie, Spin Master Co-Chief Executive Officer and Co-Founder. “We are thrilled to welcome GUND former owner and industry veteran, Bruce Raiffe, into the Spin Master family as our values closely align. We are focused on preserving GUND’s excellent reputation rooted in quality product and cherished memories that last a lifetime.”

Spin Master Global President and COO Ben Gadbois adds, “GUND further diversifies our product line and opens up significant opportunities for broader distribution. We will also be able to drive international growth leveraging our well-established global infrastructur. GUND introduces Spin Master into the gift business as plush offers a tried-and-true play value for kids to enjoy with their parents during everyday moments.”

Established in 1898, GUND is one of the leading plush toy manufacturers in the world, and universally known for its iconic “Gotta Getta GUND” campaign. GUND has also held more than a dozen licenses including popular properties such as Grumpy Cat, Pusheen, Peter Rabbit, We Bare Bears, Gudetama, and Studio Ghibli anime characters including My Neighbor Totoro, Spirit Away, and Kiki’s Delivery Service. Raiffe, who has been president since 1993, will stay on with the company.

Spielwarenmesse to Restructure Product Groups for 2019

Coinciding with its 70th anniversary event from January 30–February 3, 2019, Spielwarenmesse will restructure and reconceptualize some of its product groups, including Festive Articles, Carnival, Fireworks and Model Railways and Model Construction. Electronic Toys will also debut in 2019.

“These steps are necessary if we are to respond to the changing market and reflect the needs of buyers and retailers,” says Ernst Kick, CEO Spielwarenmesse eG.

Initial talks with exhibitors took place at the last event. The response so far has been positive, particularly with regard to the biggest move: merging Model Railways and Model Construction in Hall 7A, says Spielwarenmesse. This move will allow the fair to reflect under one roof the international diversity of both sectors, offering a wider portfolio to their identical target groups. Both well-known brand manufacturers and smaller niche suppliers will come together to create a comprehensive mix of products. At the same time, the profile of the Model Construction segment will be raised by relocating those suppliers whose ranges target the toy trade as opposed to stores specializing in model construction. They will be moved to Hall 4A.

A new product segment for Electronic Toys will be created encompassing R/C vehicles, drones, planes, robots, and more. This new distinction aims to provide independent retailers and buyers with guidance in the field of technology and digitalization,. The foundations for this latest move were laid in 2017 when the Tech2Play activity area was first introduced.

The product group Festive Articles, Carnival, Fireworks is likewise undergoing change. The toy retail sector is an important sales market for this segment. Extra space and the growing international composition of this sector will allow for this product group to be reflected more broadly. The new highlight, a roughly 657 ft² Activity Area, will give exhibitors the opportunity to showcase their products at fashion shows and presentations for maximum exposure.