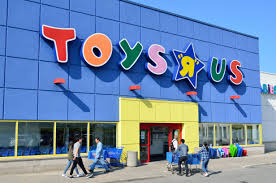 Toys “R” Us (TRU) announced its plan to liquidate all 735 U.S. stores, including those in Puerto Rico.

The announcement followed a company town hall meeting yesterday in which Chairman and CEO Dave Brandon described the last six months as “pure hell” and detailed how the realities of the company’s “devastating holiday performance” among other factors have forced its filing decision.

As part of the motion being filed later today, which will begin winding down its U.S. business, TRU plans to include bidding procedures for the Canadian operations and has also engaged in discussions with certain interested parties for a transaction that would combine up to 200 of the top performing U.S. stores with its Canadian operations. “Our Canadian business has always been a steady performer,” said Brandon. Because this is a traction with merit, TRU is continuing to operate its web business while under consideration. Under such a model, the center of operations would move to Canada.

While discussions continue on this option, TRU is seeking court removal to implement the liquidation of inventory in all the U.S. stores, subject to a right to recall any stores included in the proposed Canadian transaction.

“We had a fundamentally devastating holiday, and we massively under performed what was expected,” said Brandon. And the realities of that hit were that even following its announcement to close 180 U.S. stores and while working to true up its business model, it was “in serious default in finance covenants.”

Brandon also put blame on the media. “Part of what we’ve been battling is the messaging thrown out right and left, which in some cases made our negotiations more difficult,” he said. “We’re making pitches and trying to work with our vendors, trying to secure investment, and all these groups used the media to spin stories to suit their purpose. All this became a self-fulfilling prophecy.”

TRU’s international operations in Australia, France, Poland, Portugal, and Spain are considering their options, including potential sale processes in their respective markets. That said, Brandon described liquidation in these regions as “likely” with Central Europe, Asia/Japan, and Canada expected to be sold off under new ownership.

The previously announced administration of the UK business continues.

TRU and its advisors are working to minimize the impact of the U.S. liquidation on the Canadian and other international markets. TRU will deliver a WARN notice today to all U.S. employees as part of a transition services arrangement that will provide 60 days of payment at a normal rate with company benefits. Following that period, all payments will cease for the majority of employees without a Cobra option, said Brandon. TRU is also developing plans for a potential shared service function to support the international operations going forward.

Gift cards for both TRU and Babies “R” Us are expected to be honored for the next 30 days.

“We all came here for an outcome that was very different,” said Brandon.