Research has identified that starting at age 5 many girls are less likely than boys to view their own gender as smart and begin to lose confidence in their own competence. Cultural stereotypes, implicit biases and representation in media work together to further this issue. In the United States, this has been referenced as the “Dream Gap,” but there are similar trends seen around the world.

Girls’ belief in themselves is impacted by these limiting factors, so Barbie is dedicated to funding research, highlighting positive role models and rallying a community around supporting girls through The Dream Gap Project.

The notion of a Dream Gap is still a relatively new concept and is under-researched, especially in girls ages 5–7. To help, the brand is collaborating with Associate Professor Andrei Cimpian of New York University to fund a two-year post-doctoral fellowship on this issue. Globally, Barbie will work with local researchers to extend these studies and find out more about girls around the world.

The brand is dedicated to helping close the Dream Gap and will be focused on:

Veteran children’s television executive Ken Faier’s new independent company Epic Story Media Inc. (ESM) secured a key investment from BRON Ventures, a subsidiary of BRON Media Corp, which has taken a minority stake in the company and a place on the board.

The strategic backing from BRON will allow ESM to further invest in high-end children’s IP which can be exploited for the global marketplace.

Based between Vancouver, Los Angeles, New York and Toronto, BRON Media Corp., operates subsidiaries BRON Studios, BRON Creative and BRON Animation, in addition to BRON Ventures. Launched in 2010 by Aaron L. and Brenda Gilbert, BRON is perhaps best known for such films as The Front Runner, Fences, Tully, Leave No Trace, and The Birth of a Nation. BRON Ventures has other strategic investments/partnerships with L.A.-based companies Media Res and Blackhand Media, and New York-based Animal Kingdom.

ESM will remain an independent company and will continue to look for strategic partners for each of its properties. The deal with BRON fits into the long-term plan for ESM to be a full-service kids franchise company.

Ken Faier launched ESM in 2017 to put creators at the centre of compelling and engaging franchises for kids. The company has an active slate of properties in development and will launch two of them at MIPCOM including Haley and the Hero Heart, created by Kevin Mowrer of Mowrer Meta Story, as well as Dolph N Fince, created by Todd Kaufman and Mark Thornton of Neptoon Studios.

DHX Media and Dentsu Entertainment U.S.A., announced season one of Mega Man: Fully Charged, has been picked up for linear broadcast and video-on-demand streaming by Pop on their channels and services in the UK, the Republic of Ireland, the Isle of Man, Malta, and Iceland. Pop, the UK commercial kids’ broadcaster, debuted Mega Man: Fully Charged on the new on-demand Pop app, available to all PlayStation 4 console owners, and will launch it on the linear channel in early 2019.

The new Mega Man: Fully Charged toy line from Jakks Pacific is anticipated to hit store shelves in the U.S. in spring 2019. The global master toy line exclusively includes action figures, figurines, playsets and accessories, roleplay items, and everyday dress-up and Halloween costumes. The robust line of products is anticipated to roll out in the U.K. in fall 2019.

Thirty animation concepts were selected for the 2018 Asian Animation Summit showcase. Representing kids animated TV development work across Korea, Indonesia, Australia, Malaysia, Thailand, China and New Zealand, these projects will be presented live at the event to an audience of broadcasters, co-producers, distributors and investors from Asia and the international marketplace.

This year’s event is set to take place in Seoul, South Korea from November 28-30. Over the course of the three-day event, each project will be presented in a moderated live pitch and Q&A format, with time for follow-up meetings and casual networking built into the schedule.

It is anticipated that roughly 250 attendees will take part in Asian Animation Summit 2018, which is designed to attract producers of animation interested in co-producing projects with partners in Asia-Pacific countries, as well as broadcasters, distributors and investors from the region and beyond. 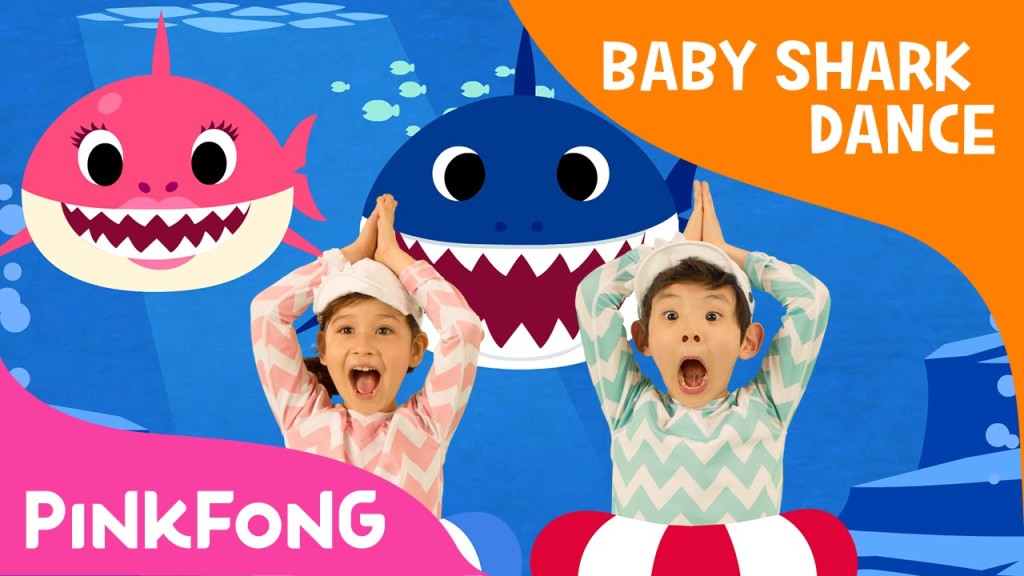 With 1.7 billion YouTube views and counting, the K-Pop-inspired tune and YouTube phenomenon Baby Shark heads to Brand Licensing Europe. The brainchild of Smart Study, a Korean education start-up, and produced by Pinkfong, Baby Shark will feature in a conference session at this year’s Licensing Academy.

The show’s organizers also announced a second YouTube sensation, Tiana, will make an appearance at the show in connection with her brand new licensed range, Hearts by Tiana, between 12–3 p.m. on Tuesday, October 9 (stand C118). Last month, WowWee was tapped as a toy partner for the brand.

2014 MasterChef winner Ping Coombes has been confirmed for the BLE Kitchen. She will be cooking up a storm between 11am & 12pm and 3pm & 4pm on Wednesday 10 October alongside fellow winner Kenny Tutt as part of the show’s food and beverage theme, which will also see TV chef and Great British Bake Off winner Nadiya Hussain taking part in a live Q&A at 10:30am on Tuesday 9 October.

“Love it or hate it, it has been impossible to avoid Baby Shark this summer – it’s the ear worm to end all ear worms. It has been viewed nearly two billion times on YouTube and James Corden’s broadcast the biggest Baby Shark ever on The Late Late Show last week racked up nearly 37 million views on Facebook alone. In licensing terms, Baby Shark has the potential to be a global smash hit so we’re really excited for the 2018 Korean licensing showcase at BLE next week,” says BLE brand director Anna Knight.

The 20th Brand Licensing Europe opened its doors today, with more than 260 exhibitors and 2,500 brands in the hall. More than 7,500 attendees are anticipated to be at the show, which takes place between 9-11 October at Olympia London.