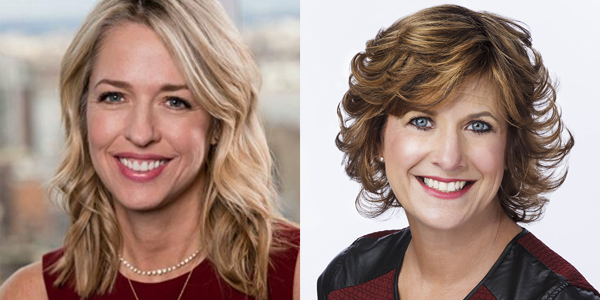 WIT will honor Pam Kaufman, president of Viacom Nickelodeon Consumer Products, with its 2019 Mentorship Award. Kaufman leads the multi-billion dollar global consumer products business across Viacom Media Networks and Paramount Pictures, which includes Viacom’s portfolio of brands and iconic franchise properties, including Nickelodeon’s PAW Patrol, Teenage Mutant Ninja Turtles, SpongeBob SquarePants and teen sensation JoJo Siwa; MTV’s Jersey Shore: Family Vacation; Comedy Central’s South Park; and Paramount Pictures’ Top Gun, Mission Impossible, The Godfather and Grease, among others. A dynamic leader with an impressive career launching many iconic Nickelodeon properties, she embraces transformation and innovation and has made a bold commitment to empowerment and mentorship throughout her career and within WIT over the past years.

WIT will present the 2019 Wonder Woman in Retailing Award to honoree Gaye Dean, marketing director for licensing at Target. She is responsible for leading the global retailer’s marketing strategy development and execution of key license merchandise programs across all key categories. She is the key liaison for a large segment of the entertainment, brand, and license industries. Dean is a 30-year Target veteran and has held a variety of positions across the company. In these roles, she has worked on multiple areas of Target’s business including apparel, branding and seasonal campaigns.

The 15th Annual Wonder Women Awards honors top female executives, thought leaders, entrepreneurs and other changemakers for their accomplishments and impact within the toy, licensing, and the entertainment industries.

Tickets to the 2019 Wonder Women Awards are now available for purchase here.

Hasbro, Viacom Nickelodeon Consumer Products, Disney, Spin Master, Mattel, LEGO, PlayMonster, Jazwares, The Bandai Foundation, and other sponsors contribute to the Wonder Women Awards. Proceeds from this event are used to fund scholarships, develop and maintain a full calendar of programs and networking events, and support initiatives for WIT’s members and its community.