Jay at Play was named the master licensee for Cozy Wings, created by Christine Mangnall-Schwarz.

Cozy Wings is a wearable cape and wings combination for kids and adults that inspire imaginative play. Under the terms of the agreement, Jay At Play will introduce patented Cozy Wings (with multiple patents pending, two worldwide) in April on As Seen on TV in several markets globally. Cozy Wings are also expected to hit retail later this year.

The deal was brokered by ImaGENNation, the IP and brand innovation division of GennComm. 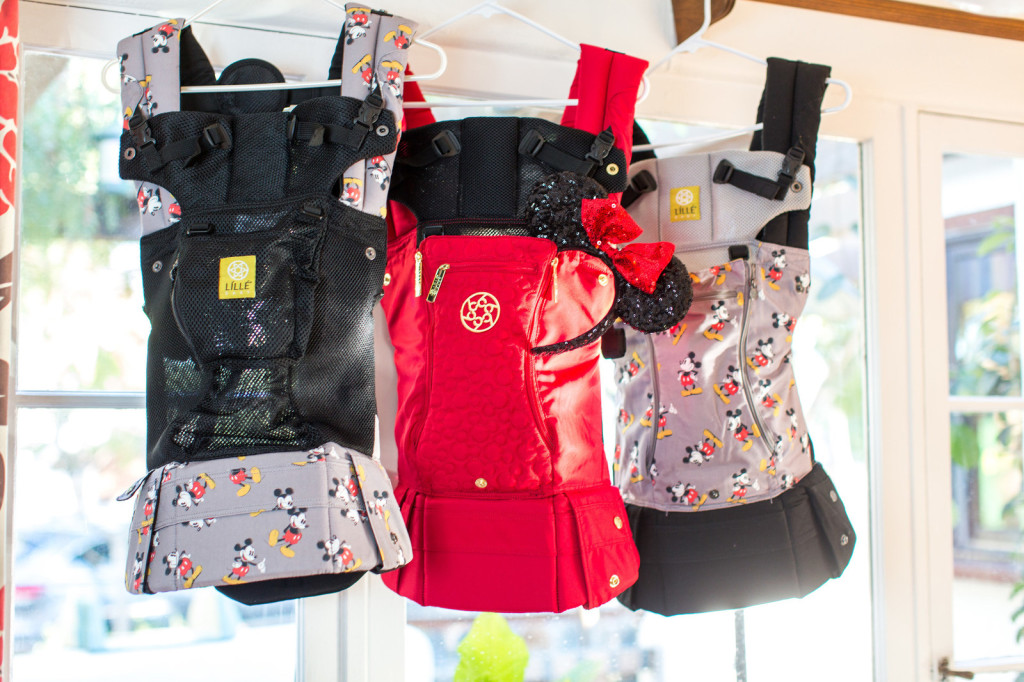 The collection will include prints featuring popular characters, with the first two prints showcasing Mickey Mouse. Prints include Mickey Traditional, a gray pattern with black and gray mesh, and Mickey Embossed, a luxe red pattern with black and gold accents. Additional prints will be released this spring and summer with characters from other Disney franchises. The Disney Baby Collection by LÍLLÉbaby will be available in the COMPLETE Airflow, a lightweight, breathable 3-D mesh carrier; COMPLETE All Seasons, a canvas cotton carrier; and COMPLETE All Seasons Embossed, a brand new carrier option featuring ultra-soft micro cloth with embossed designer detailing. The COMPLETE baby carrier line offers more carrying positions, can be used from birth through toddlerhood, and provides enhanced lumbar support. Matching doll carrier accessories will also be available.

The Disney Baby Collection by LÍLLÉbaby is now available on lillebaby.com, shopDisney.com, and other retailers. 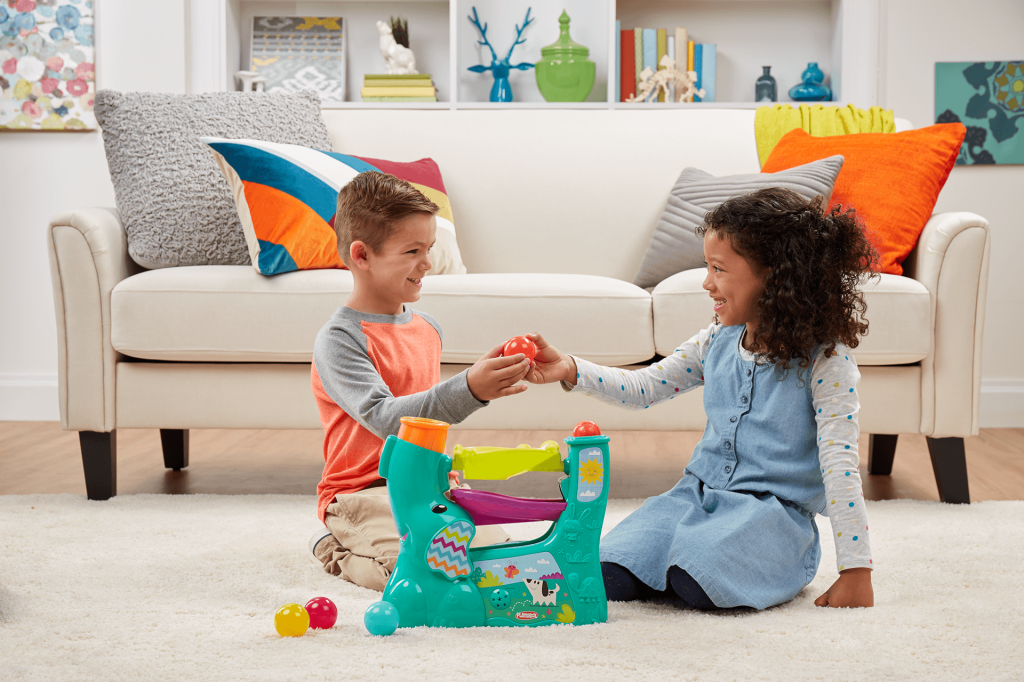 April is Autism Awareness Month, and Hasbro, in collaboration with The Autism Project, has created a new resource called ToyBox Tools.

ToyBox Tools is a resource for children with developmental disabilities, offering a collection of free, online play resources for families, children, educators, and advocates to help engage children in play.

The Autism Project believes that structured play is an important vehicle for many children who need support. Through the ToyBox Tools website, www.ToyBoxTools.com, visitors can browse the tools online, and then download and print them for use at home or in the classroom. Resources include playbooks, wait cards, countdown and play mats for a variety of Hasbro brands, including My Little Pony, Transformers, Playskool, Baby Alive and Hasbro Gaming.

In celebration of the upcoming 25th anniversary of The Sandlot on April 7, 20th Century Fox Consumer Products has teamed with a roster of partners.

For apparel, The Roosevelts (RSVLTS) recently launched The Sandlot collection with its signature button down shirts. The Sandlot x RSVLTS Collection is available at RSVLTS.com and can be viewed at instagram.com/RSVLTS. New Era and Fox Consumer Products developed a hat line featuring iconic moments from The Sandlot customized for local major league baseball teams. The comprehensive program will be available in store and online later this spring.
An all-new collection of exclusive Sandlot merchandise also just released on Shop.FoxMovies.com, including a wide selection of apparel and never-before-seen products.

To mark the anniversary, a key Sandlot retail partner, Spencers, is offering three designs of the iconic “You’re Killing Me Smalls” T‑shirt design.

Twentieth Century Fox Home Entertainment released a special 25th Anniversary collector’s edition of The Sandlot on March 27. This collection includes a set of 10 custom Topps baseball cards—featuring Scotty Smalls, Benny “The Jet”, and the rest of the roster—created exclusively for the release. It also includes an all-new booklet filled with behind-the-scenes photos from the film director’s personal archive and an all-new, full-color poster.

Under the terms of the worldwide licensing agreement, Jakks will design, produce, and bring to market a full range of toys inspired by the series, including preschool toys, figures, toy vehicles, playsets, outdoor seasonal, indoor furniture, Halloween costumes, and accessories. The initial products from Jakks, as well as other licensed products including new books from Templar, will roll into retail for fall 2019.

Gigantosaurus is based on the best-selling book by Jonny Duddle (published by Templar). The CGI-animated action and comedy series follows the adventures of four young dinosaur friends as they explore their prehistoric world and the mystery of Gigantosaurus— the biggest, fiercest dinosaur of all.

Gigantosaurus launches on Disney Junior worldwide (excluding India and Taiwan) beginning in early 2019, and will also air on major broadcast networks such as France Télévision (France) and Super RTL (Germany).

Social influencer Lauren Riihimaki, better known as LaurDIY, and Mad Engine announced the launch of a new collection of branded LaurDIY apparel and accessory products inspired by the designs of the YouTuber. Under the new license agreement, Mad Engine will create a collection of loungewear, leggings, joggers, T-shirts, hooded sweatshirts, and other apparel and accessory items that reflect the lifestyle that Lauren lives every day. The LaurDIY/Mad Engine license was brokered by The Brand Liaison, LaurDIY’s exclusive licensing agent.

The first LaurDIY collection from Mad Engine will be launched for fall exclusively at Ardene Stores in Canada, and follow at selected U.S. retailers. All of the LaurDIY apparel and accessory products are designed with LaurDIY and will be featured in a series of videos and other promotions. 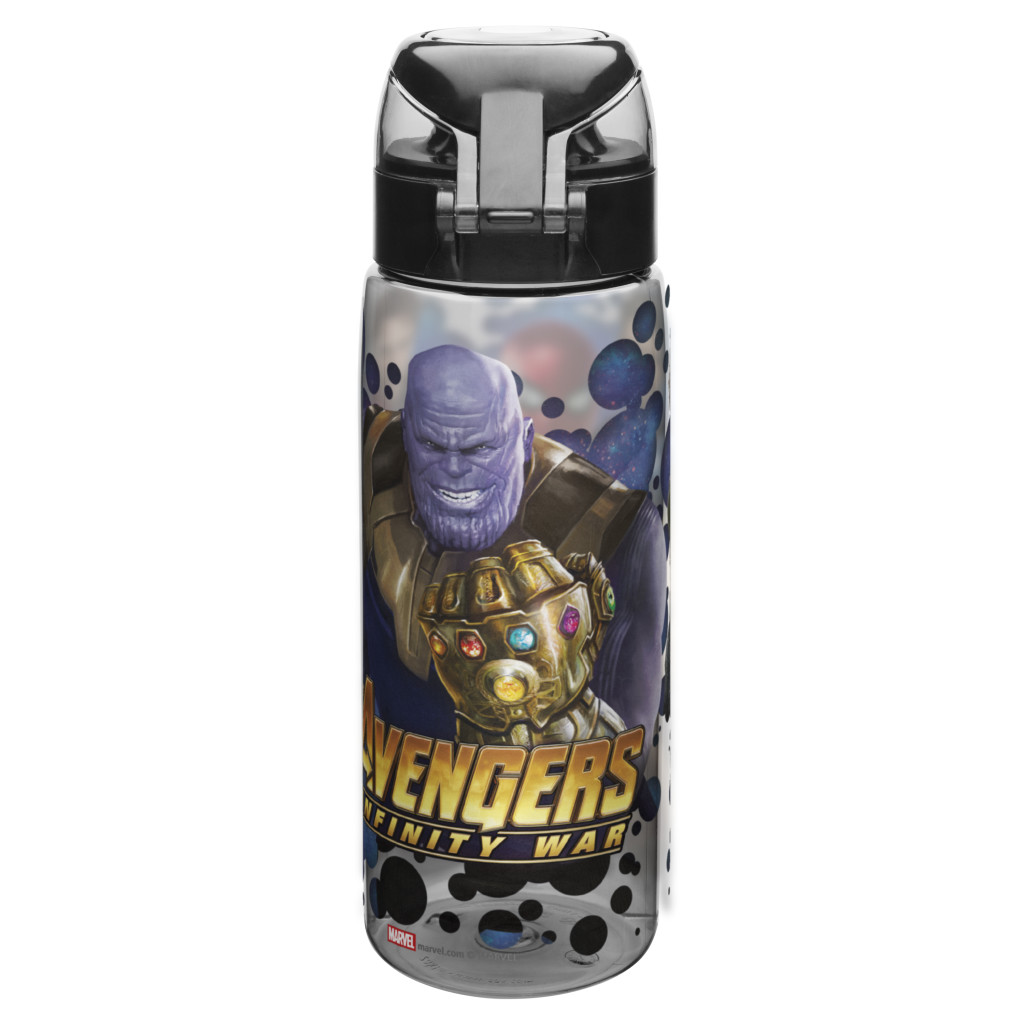 Zak rolls out a new line of dinnerware and drinkware featuring Marvel’s Avengers in advance of Avengers: Infinity War hitting theaters on May 4.

The line will include a set of 10-inch dinner plates and matching 5.9-inch bowls that showcase a different member of Marvel’s Avengers. The plates and bowls all feature classic artwork with modern styling. They are made of melamine.

Drinkware includes a collection of ceramic mugs (traditional mugs with comic book style artwork and fully sculpted mugs) and two 25-ounce Tritan water bottles. One bottle has classic Avengers artwork while the other features an action-packed scene from Avengers: Infinity War. Both bottles have a wide opening  and a flip-up carrying loop to clip onto backpacks and sports bags.

The Copyrights Group Ltd has appointed Spotlight Licensing and Brand Management, Inc. to manage the North American licensing program for the British literary classic The Country Diary of an Edwardian Lady.

In print for more than 40 years, Edith Holden’s The Country Diary of an Edwardian Lady is a naturalist’s diary filled with Holden’s personal observations. Observations include watercolor illustrations of wildflowers, birds, butterflies as well as her poetry, thoughts, and observations on the seasonal changes in flora and fauna of the English countryside. First published in 1977 as a facsimile edition of the original diary (created in 1906), the book entered The Sunday Times best sellers list where it stayed for 63 weeks earning it a place in the Guinness Book of World Records. In 2014 it was named by The Sunday Times as the best-selling book of the 1970s, and it remains at No. 4 in the overall best sellers lists of the last 40 years. With new design treatments regularly delivered adding to the extensive artwork bank available, retailers and partners have the freedom to create contemporary or more traditional looks to suit a variety of product. The property will be showcased at the Spotlight Licensing and Brand Management booth during Licensing Expo International 2018.