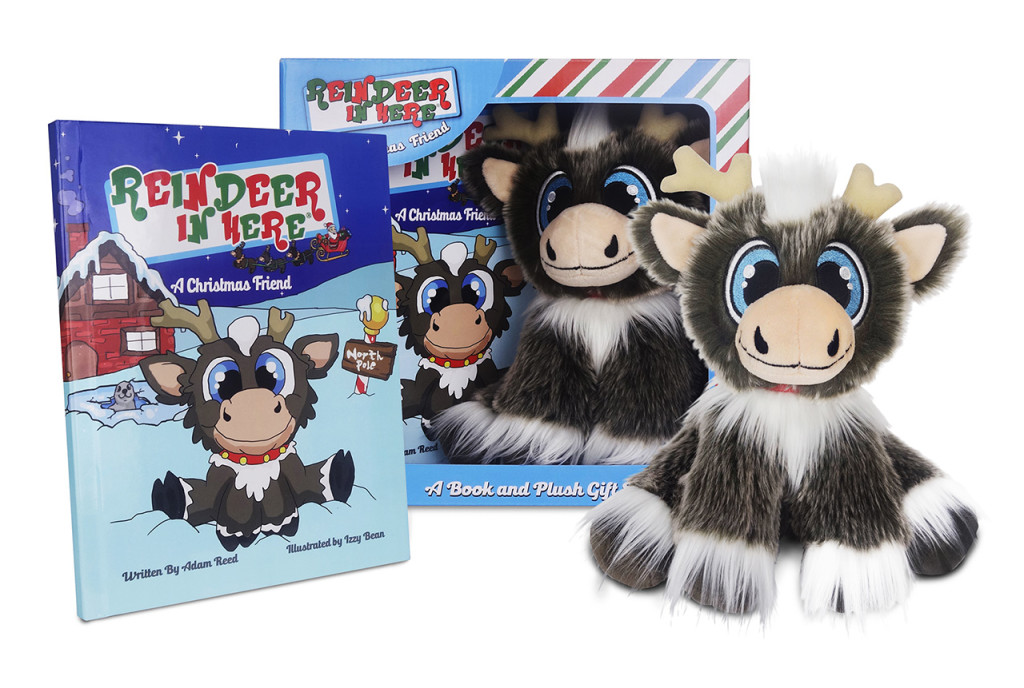 More than 1,200 retailers, such as Learning Express and Hallmark, are stocking up on the new Reindeer In Here plush & book gift set in time for holiday 2018. In addition, current international distribution agreements have been met with South Africa and Canada and talks are in the works with UK, Australia, Ireland and other international distributors.

The product made its official launch on Black Friday last year and immediately sold out on Amazon in just two hours. Since then, it’s received nine industry awards to become the most awarded Christmas tradition brand of 2018, according to the company.

In early December, the Reindeer In Here book and plush “magically” arrive for children, setting the stage for a new yearly Christmas tradition. As the parent surprises their child with this unexpected early Christmas present, they introduce them to the special untold story of the reindeer. As the story unfolds, the child learns that many years ago Santa asked his reindeer for some help in learning about each child’s true Christmas wishes. Santa told his reindeer that while he knew children all over the world, only some wrote him letters — so he wanted a way to know each child even better. One different little reindeer who was born with one antler smaller than the other and big blue eyes quickly suggested a different way to solve Santa’s conundrum. The little reindeer told Santa he should send his reindeer early in the month of December to stay with the children so Santa could learn as much as possible about each child. Then every night while the child sleeps with the reindeer next to him or her, the reindeer writes notes to Santa detailing their daily adventures. On Christmas Eve, the child will put their reindeer under the tree so it can greet Santa. After Santa finds the reindeer, it will go with him to guide his sleigh back to the North Pole until next year.