Maya Games launches all-new interactive games for the ultimate family game night. As an extension of Maya Toys, Fryin Flyin Donuts and Monkey Trix will be the first games to be released under the Maya Games lineup this fall.

Fryin Flyin Donuts is the latest hands-on game. Simply throw your donuts into the fryer and be the first player to fly all your donuts into the baker’s box to win the game. Releasing later this month, Monkey Trix is a new and wacky game that makes a monkey out of you. Put on your silly monkey heads, draw a challenge card, and get ready to build your tower. The game starts once you chant “Monkey, Set, Go!” and the race is on. Be the first player to build your tower shown on your card. The first player to three cards, wins the game.

Both games are available for purchase exclusively on Amazon this holiday season.

Earlier this year, the brand launched its DEMI grow stroller, and is now ready to introduce two new products, available to consumers later this year:

ChuChu TV is one of the world’s most popular kids creators on YouTube and has 10 YouTube channels offering songs, stories, nursery rhymes and preschool learning modules for kids starring its iconic characters ChuChu, ChaCha, Chika, Chiku and Mr. Harlo. With more than 20 billion views and more than 30 million subscribers, ChuChu TV’s channels garner around 20 million views a day and add close to 50,000 subscribers a day.

Moose Toys will be launching ChuChu TV toys across activity and learning, figures, dolls and plush in key markets of United States, India, United Kingdom, Australia, and New Zealand in fall 2019 before rolling out in other territories. The partnership was put together by Dream Theatre, the India-based licensing company, which are also global master licensing agents for ChuChu TV. This is the first India-originated IP to have a global toy deal.

More information about ChuChu TV toys will be revealed at New York Toy Fair in February 2019. The ChuChu TV licensing program will lead with toys and follow with apparel, publishing, back to school as lead categories. It will roll out in markets in fall 2019, in conjunction with the ChuChu TV toys launch with Moose Toys. 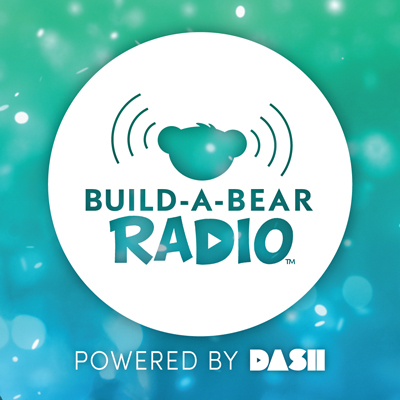 Build-A-Bear Workshop announced the introduction of Build-A-Bear Radio, a new streaming radio station powered by Dash Radio. The station will feature music as well as a schedule of  segments, including interviews and kid-inspired content. On October 10, Build-A-Bear Radio will officially kick off the station with the premiere of an exclusive, brand-new version of the hit single, “Have It All,” re-imagined by Grammy Award-winning artist Jason Mraz. The song will debut the talents of a group of young artists known as The Jason Mraz Kids and marks the beginning of a collaborative relationship between Build-A-Bear and Mraz.

Build-A-Bear Radio will broadcast primarily from the Dash Radio studio in L.A., with occasional special features and interviews to be recorded at the new Build-A-Bear Radio sound studio, located at the Build-A-Bear Workshop store in Manhattan on 34th Street. Children will be able to interact with the station and influence its content through buildabear.com/radio, and families will be able to watch and hear select interviews and performances at the 34th Street sound studio. Anyone can sign up for a free subscription at dashradio.com/buildabear or with the Dash Radio app for iOS or Google Play.

Build-A-Bear Workshop in partnership with licensing agent Brand Activation Consulting (BAC) also launched new D-I-Y plush sets and a mini blind-box plush collection from licensee Just Play, both of which are on shelves now exclusively at U.S. Walmart stores and Walmart.com. The Just Play D-I-Y Build-A-Bear Workshop Rainbow Bear and Pink Kitty plush sets include a 10-inch furry friend, stuffing, a heart locket, a birth certificate, a fashion outfit, and accessories. Kids can add stuffing and a special heart-shaped locket to their furry friend and then dress them in a coordinating outfit. The Just Play mini Build-A-Bear Workshop plush blind-box collection is a series of four-inch plush characters featuring different colors and patterns; each collectible comes with an iconic Build-A-Bear Cub Condo that kids can color and customize.