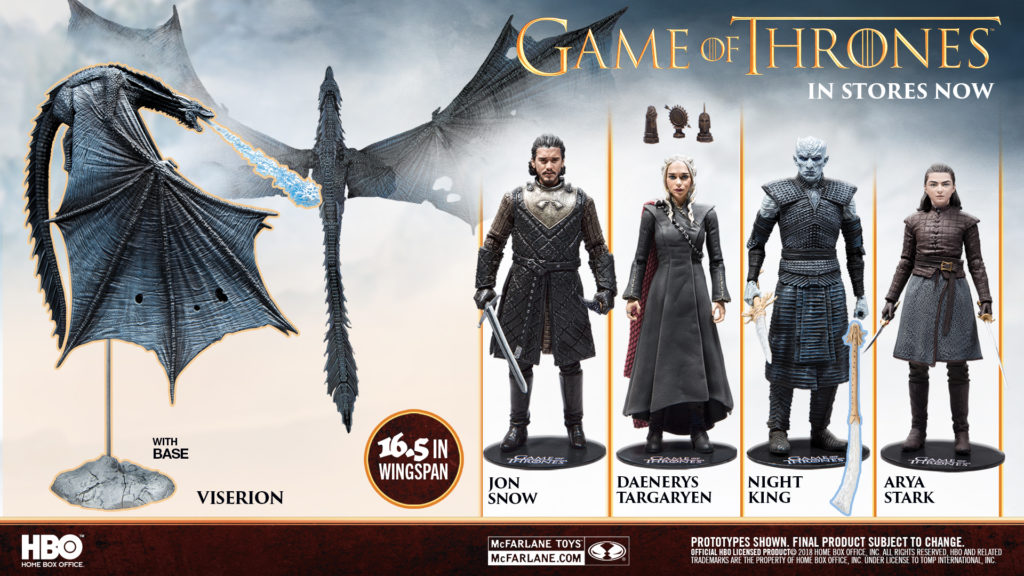 Game of Thrones six-inch action figures are available now at Walmart, Target, Amazon, and specialty retailers. Each figure was modeled from digital scans of the cast, featuring iconic attire, 12 points-plus of articulation, and comes with character-specific and screen-accurate accessories.

Viserion is featured in his ice dragon form from the season 7 finale of Game of Thrones. With a movable tail, legs, wings, and neck, this deluxe figure has more than 10 points of articulations. Viserion’s wings span 16.5″ wide and move up and down. He also comes with a removable burst of blue fire and measures 9-by-16.5-by-10.5 inches fully displayed on an elevated base. Available now at Best Buy, Target and Amazon.com.