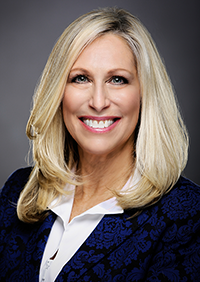 In her new role, Schoenbart will continue to oversee global operations and execution of the business while working with Johnson on strategy. Johnson will intensify his focus on long-term planning, research, and special initiatives.

A 30-plus year veteran of NPD, Schoenbart has held positions spanning numerous functions and divisions. Most recently, she was president and COO, overseeing NPD’s global commercial practices, product, IT, and operations. Previously, she served as president of NPD’s syndicated tracking services, where she launched the first POS tracking services in North America for prestige beauty, fashion, footwear, and housewares. Prior to that, she headed the firm’s largest custom division, which was subsequently sold to Ipsos.

Schoenbart is the recipient of numerous awards, including the 2017 Legacy Award from Women in Consumer Technology. She also received the 2016 Long Island Brava Award, which recognizes high-impact female business leaders, and was named one of the Top 25 Most Influential Women of the Mid-Market for 2016 and 2015 by the CEO Connection. She sits on the advisory board of The Resolution Project, a non-profit organization that develops socially responsible young leaders.

Johnson has served as chairman and CEO of NPD and its predecessors since 1971. He has been a chairman, vice-chairman, secretary, and director of the Advertising Research Foundation and was elected to the Market Research Council Hall of Fame in 2011. He is a vice-chairman of the Board of Trustees at Carnegie Mellon University, his alma mater. He is an associate director of The Metropolitan Opera, and he serves on the boards of Catalina Marketing and CivicScience, an NPD-backed survey technology company.