As the new global master toy partner of Nickelodeon, Alpha Group will debut a new toy line that builds on the brand’s decades of content and fandom and offers something for every generation of fan. The range includes collectible pop culture figures, novelties, plush and in a first, SpongeBob toys that include Nickelodeon Slime.

Expected to hit shelves this spring, the line will feature the following SpongeBob toys:

SpongePop CulturePants will include 4.5-inch vinyl collectible figures. The spring line includes B-Movie SpongeBob, Patrick and Dr. Plankton, based on the horror episodes from the show; as well as Old-Timey SpongeBob, Patrick, and Squidward in an all-new style inspired by the original animation. For ages 6+, SRP: $9.99

Spongesicles launch this fall with vinyl figures that look just like the real SpongeBob ice pops you buy at your local ice cream truck, except they won’t melt. There will be four unique designs: three with a melted look and one intact. It’s a surprise as to which you’ll get. For Ages 6+, SRP: $9.99 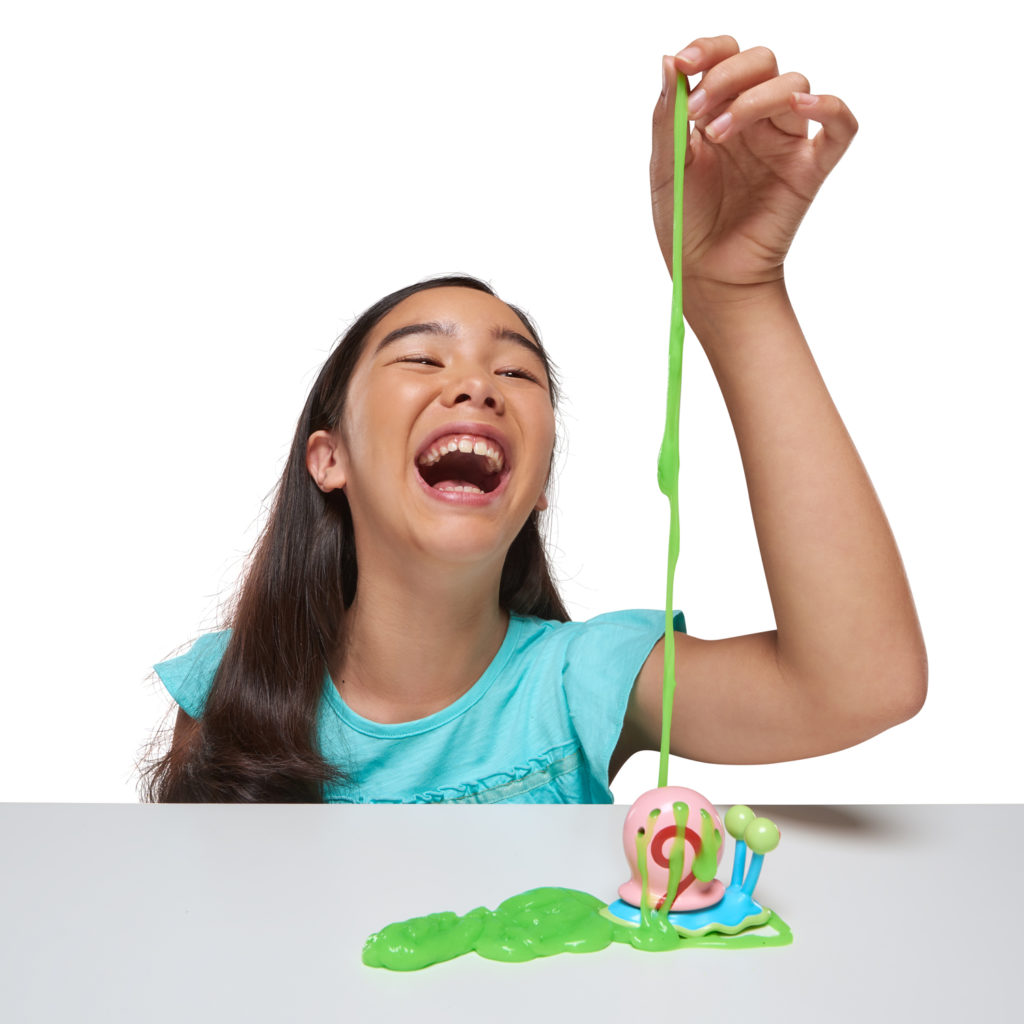 SpongeBob Slimeez Figures with Nickelodeon Slime reimagine the world of Bikini Bottom. Load each 3-inch SpongeBob figure up with Nickelodeon Slime (included), push and watch the ooey gooey slime ooze through the figures. The line launches with six figures for spring, each packaged with two ounces slime and a collectible SpongeBob cube for a blind package experience. There is even a rare Gold SpongeBob Slimeez. Seven additional figures will follow in fall. Ages 6+, SRP: $6.99 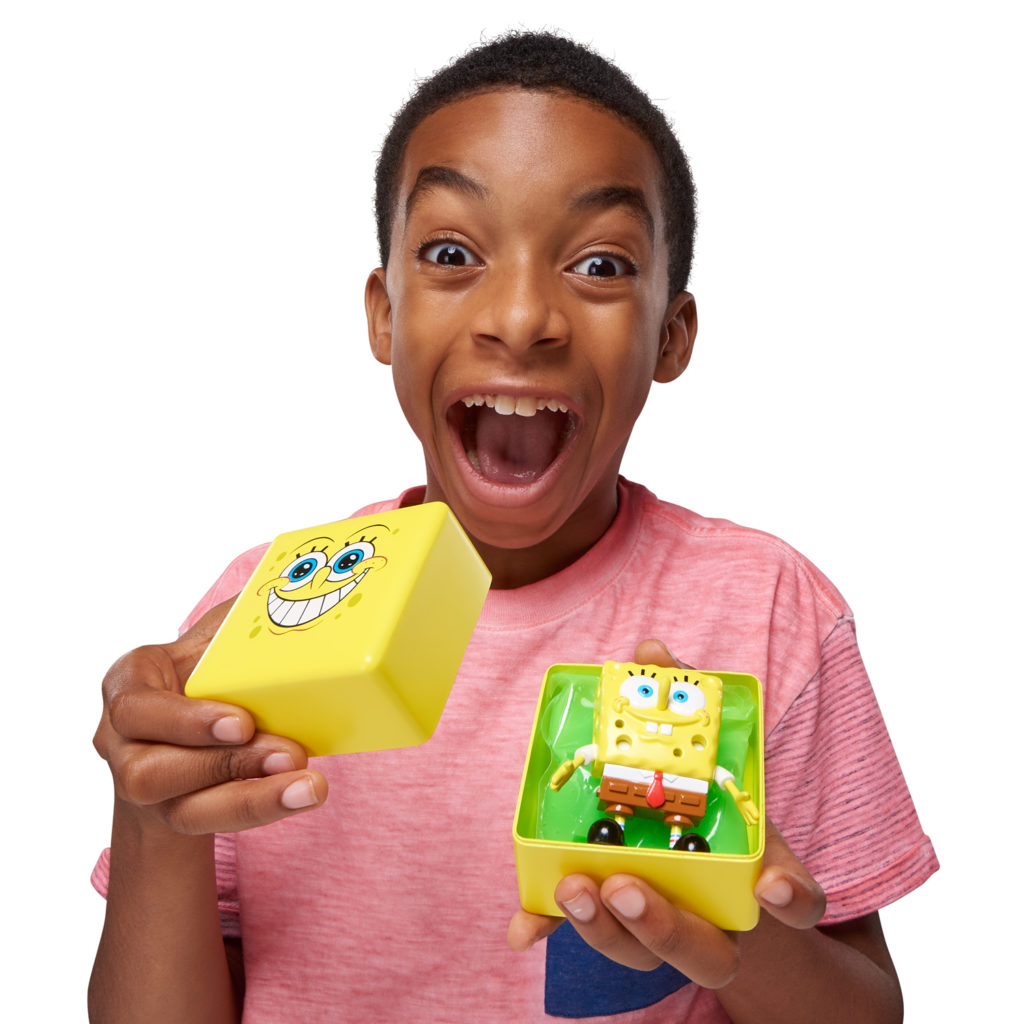 The Plankton’s Slimetory playset comes with three colors of Nickelodeon Slime and an exclusive SpongeBob Slimeez figure. Mix the slime colors and fling it on SpongeBob using the catapult. Ages 6+, SRP: $19.99

TOYS WITH A TWIST

SpongeBob StretchPants, available this spring, is an interactive stretchy version of SpongeBob. Stretch his arms and legs to activate more than 20 unique sounds and phrases. Ages 4+, SRP: $24.99 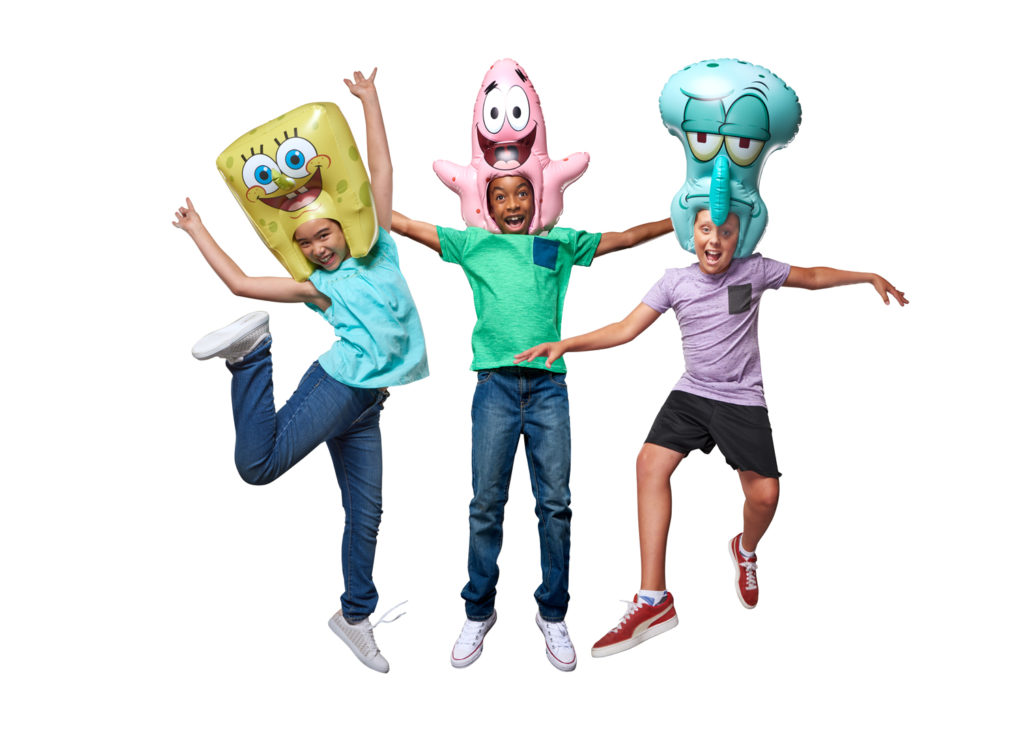 The SpongeBob 8-inch Exsqueeze Me Interactive Plush burp and fart. Fans will love to squeeze and laugh with these soft, plush pals. Coming in two waves, each featuring SpongeBob and Patrick: Spring 2019 and Fall 2019. Ages 4+, SRP: $14.99

This announcement comes on the heels of Nickelodeon’s recently disclosed plans for SpongeBob’s 20th anniversary Best Year Ever celebration.